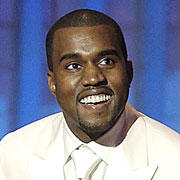 Today, I waited for a long time for the shuttle to take me home. The thing is, the schedule of the shuttle is that it runs every half an hour after 6:30 PM. And since I know that, I left my office at 7:25 PM knowing that there is a shuttle that will arrive at 7:30 PM.

I waited for about fifteen minutes, and no shuttle was passing by. And it is cold outside, not because of the aural ethereal temperature, but because of the wind. And I see this Indian student waiting alongside me, and I asked her how long she had been waiting. She said that she was there since 7:00 PM. She almost made the 7:00 PM pass, but she was late. So she had been waiting for 45 minutes! How patient.

I suggested that we walk together. I know that it is dark, so I asked her where she lives. She said that she lives at the apartment complex where I am living too. So that's great. We were walking, I got to know her name, we had a chat, she is another PhD student, and she is taking up Biophysics. So she got to know my name, my major, and where I come from. I got to ask what language she speaks, and she speaks Bengali better than Hindi.

When we came to the part where I was asking her about her fluency in Bengali, we see this shuttle coming from the far end of the street on the other side of the academic complex. So we finally got to board the shuttle, and later on we learned that Kanye West is giving a concert in the Alumni Arena and there are blockades everywhere. The police don't allow traffic here and there. So that's what happened. Our shuttle took a different route. No wonder.

Anyway, we were glad that we are on our way home. We continued our chat. She apparently is interested in psycholinguistics and neurolinguistics, and she knows of a friend who wants to apply for graduate school who is interested in those topics. I told her that there are actually two professors who have those linguistic areas as their specialties. So she listened, and we talked a lot.

Eventually, we talked about the different languages in South Asia, and how Tibetan, Burmese, and other North Indian languages are related. This discussion sprung from my telling her of a current project I am doing, my reconstruction of Visayan languages that I am doing for my paper in Historical Linguistics.

So after some time, we got to our apartment, we bid goodbye. Funny thing, a thing that seemed at first to be a nuisance, such as Kanye West's concert, gave way to something good, such as a new acquaintance.

I think I am being affected by the atmosphere here in Buffalo when it comes to my interpersonal relations. I feel like I am friendlier than before. Maybe because the friendly atmosphere of Buffalo is rubbing off on me. Well, they say that Buffalo is the city of good neighbors. So far I haven't been disappointed.

So that was the end of my day. Before that, since my class for the morning was cancelled (because our professor is currently in Germany), I didn't come to school until around 11:30 AM. Upon coming to school, I have been working on my reconstruction. I am finding processes that happened in different languages that I am studying. One language had a shortening pattern that affected a part of its vocabulary. Another changed their vowels from a mid-central vowel to a high-back vowel. And the amazing thing is that all these processes are regular. Well, that is what historical linguistics is about.

After being tired of reconstructing, I shifted my attention to my homework for Syntax 1. I joined two other classmates in the lounge, and we tried to analyse three competing analyses for sentence structure. Anyway, it gave us a headache, but I think we did accomplish something. So that process ended around 7:15 PM. I then returned to my office to pack my things, and then that's where the shuttle incident started.