As I said in the previous post, I sometimes tread the off-beaten path when it comes to tourism. And that was what I did the other day, visiting the Communist relics in this amazing and enchanting city.

The previous post dealt with the Letná Metronome, the Hotel Crowne Plaza Prague, and the National Monument. This post on the other hand will deal about the Paneláky and the Museum of Communism.

The Paneláky refers to the housing complexes that were made in the 1970s using prefabricated reinforced concrete panels. All the units are identical, and the only thing that is different from the outside is the color of the paint of the building.

These can be found in the outskirts of the city, so I rode the Metro Red Line to the end of the line (the station’s name was Haje), and got off, and took a quick stroll outside the station.

These are some photos of the Paneláky. 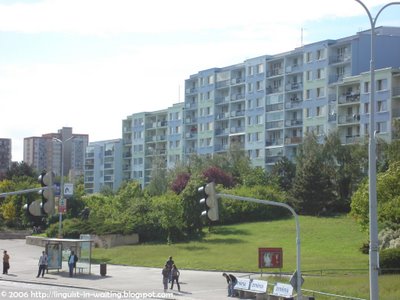 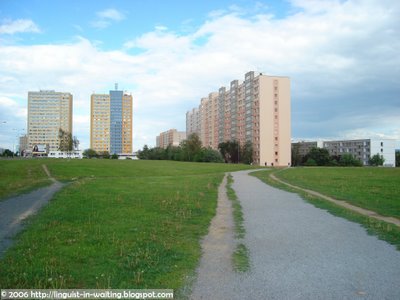 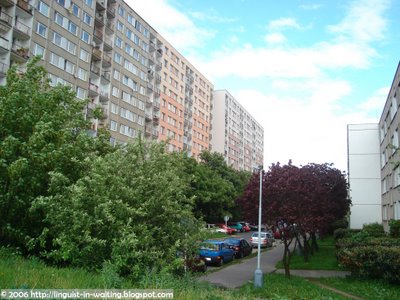 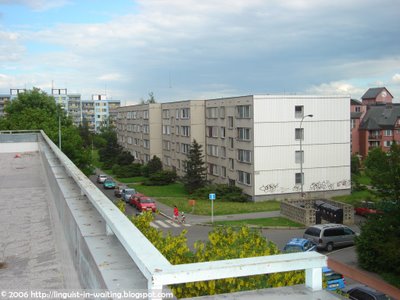 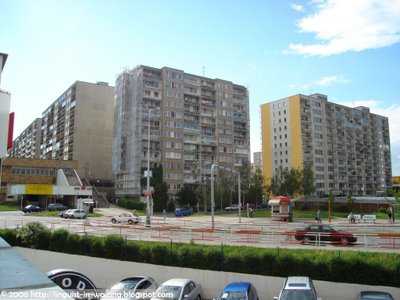 As you can see in the photos, some might look unenticing. And as Lonely Planet points out, Western visitors often assume that these complexes are “sink estates”, where all the crime of the city are brewing. However, the guidebook points out that this is false, and that many different sectors of society live in the Panelaky, from lawyers to teachers to street sweepers to students.

These are shots of the two highest buildings in the area. 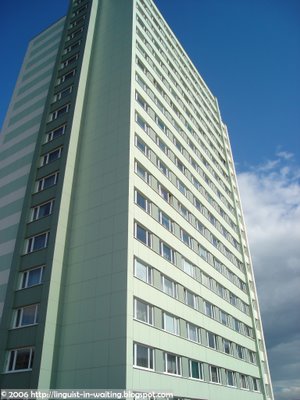 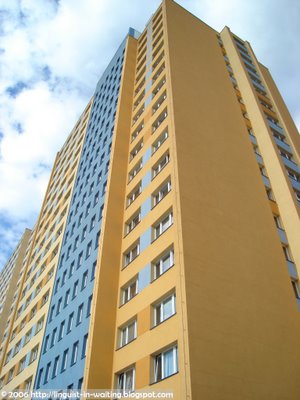 By the way, in case you were curious, yes, I was the only tourist there, I was the only one carrying a camera and taking shots of buildings, or concrete canyons, as Lonely Planet describes it.

Aside from the Paneláky, I also visited the Museum of Communism. It had plenty of exhibits and artifacts that deal with the Communist Era here in Prague, back starting from the end of WWII to the early 1990s.

When you enter the museum, a flag of the USSR (the red one with the hammer and sickle) will greet you. 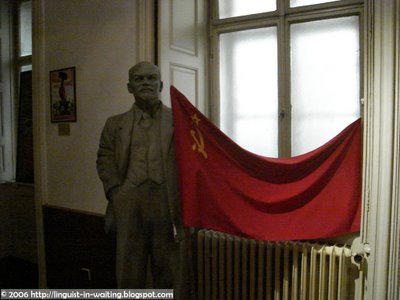 Then the busts of Vladimir Lenin and Karl Marx will pop up and greet the visitors. 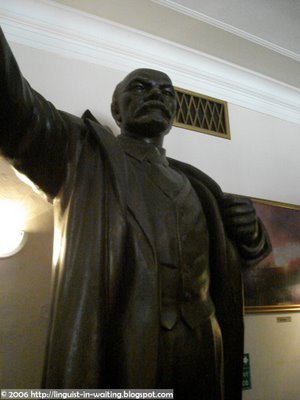 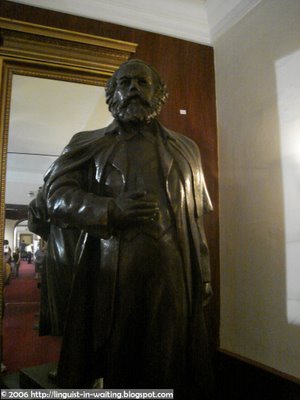 There is also a life-size model of a workshop in the museum. This is complete with sounds and other things that are eccentric, I should say. 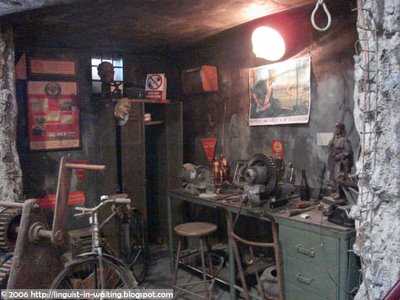 Look at the bundy clock, and the way they always tie up the idealism of work with the hatred against the Americans. 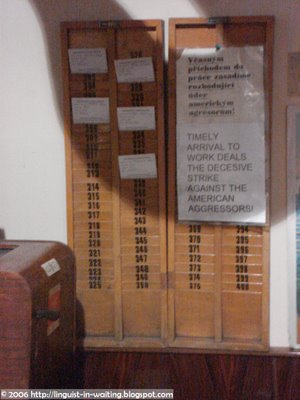 Of course, the products only had one brand, there was no selection, so the model of a shop featured only one brand of cocoa. 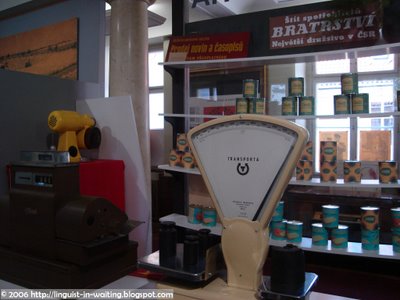 They also had items that pertained to biological warfare. Apparently, children were used to having biological war drills, and they were knowledgeable in wearing these things when they were in school. It reminds me of the nuclear war drills that the American kids had in the 1960s. 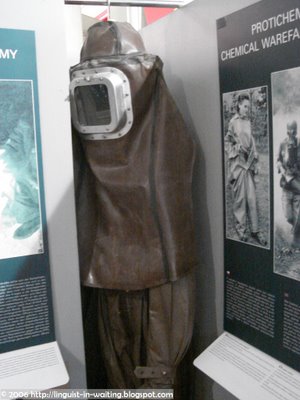 Finally, there was also a model of an Interrogation Room. This is where they question the not-so-outstanding citizens. 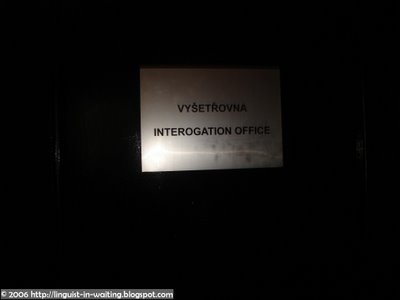 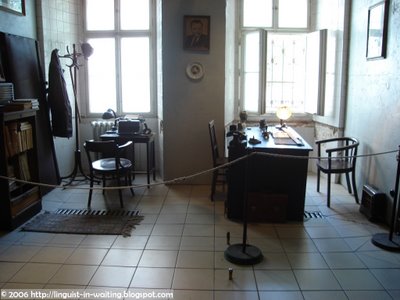 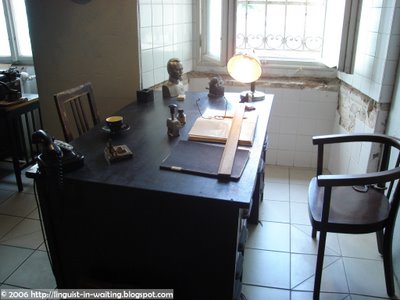 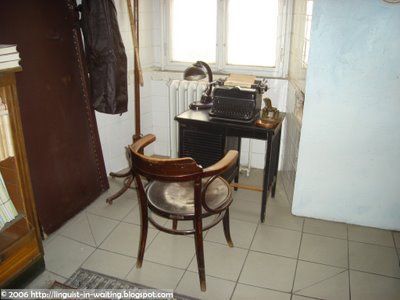 Above the door, there was this weird-looking picture, something that reminds me of the Blair Witch Project. 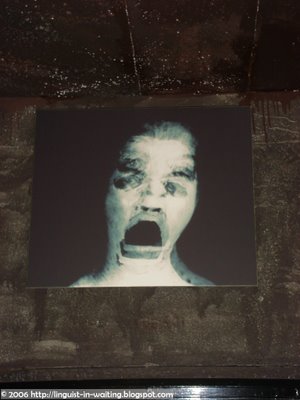 And there was also a cabinet that contained eccentric articles, like handcuffs and the gallows, like this one. 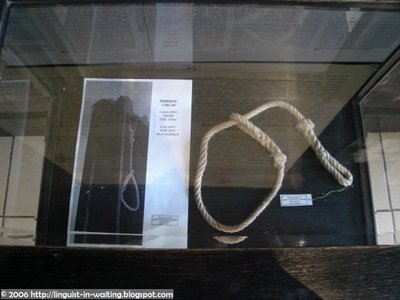 The Paneláky is free, of course, those are technically not tourist attractions, but the Museum of Communism will cost you 180 Kč for adults and 140 Kč for students. Admittedly, the price for this museum is a little bit steep, compared to the other sights that I have been. I could climb the towers in the Old Town three times for the price of this entrance.