Karlův Most, or Charles Bridge in English, is the most famous of the numerous bridges that cross the Vltava River. It does not mean that it is the most picturesque though. What makes this bridge famous is the numerous Baroque statues that line up the sides of the bridge.

So one weekend, when the weather was cooperating, we decided to stroll down the length of the bridge. It is the bridge that can be found at the very middle of the city. And famous as it is, we expected that it would be packed with tourists.

Coming from the eastern side of the bridge, the first notable structure would be the Staroměstská Mostecká Věž, or the Stare Město Bridge Tower. This is a shot of the imposing structure. 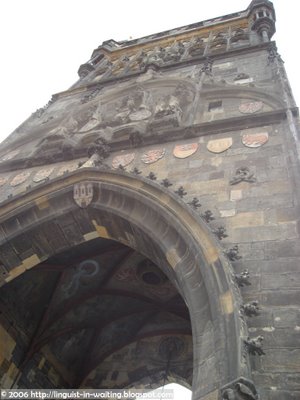 When we crossed, the tower was open, and we could actually climb up. But we thought that we had already climbed plenty of things to be climbed here in Prague (see my former posts) and so we passed on this one. 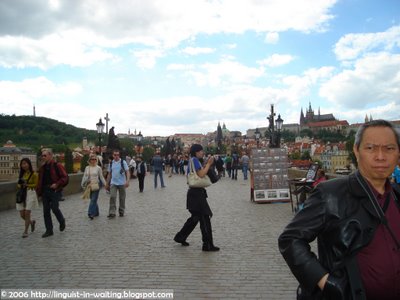 The shot above is the typical scene on the bridge. There are tourists, there are the souvenir shops that line both sides, and there are the statues that can be found every five meters or so. There is also the inevitable pickpocket, targeting tourists that are so busy clicking their cameras. 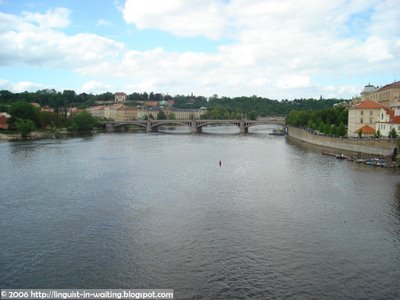 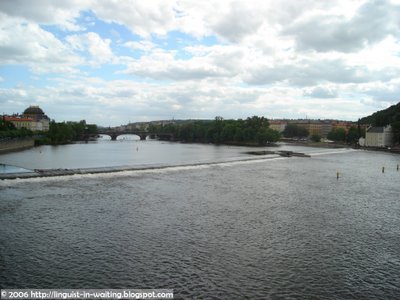 The two shots above are what the river looks like from both sides. One was taken looking to the left, and the other to the right. 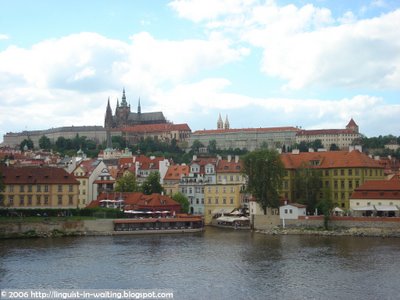 Ah, the ever beautiful Pražský Hrad (Prague Castle). At night, this whole block of buildings are floodlit, and it just makes a surreally romantic and enchanting view. 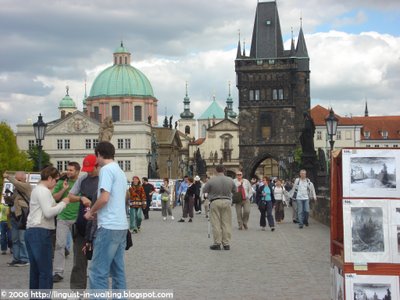 Nearing the other end, one can see the other tower, the Malostranská Mostecká Věž, or the Mala Strana Bridge Tower. Again, the tower was open but we passed this one too. By the way, can you count how many spires are in the picture? 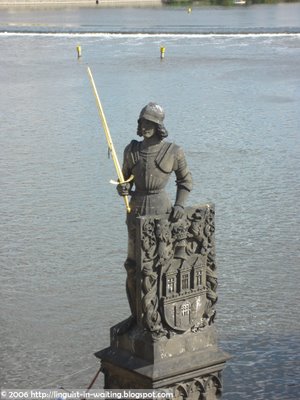 This is the statue of the soldier, found at the very end of the bridge. This is also one of the protectors of the bridge. In ancient times, this bridge was guarded by the army, and passage was restricted. Why would there be two bridge towers on both ends in the first place? 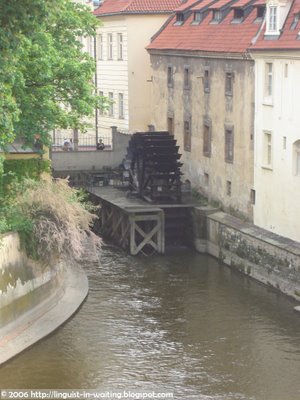 Before disembarking from the bridge, try to take a peek on the left side of the bridge, and you will see the one and only surviving still-functional watermill. Plenty of postcards feature this particular landmark. 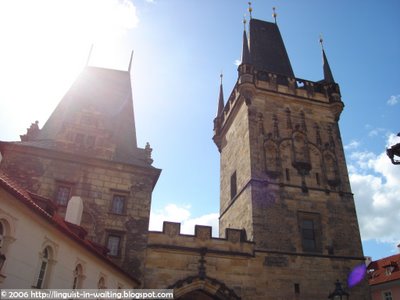 Finally, one gets off the bridge by going under the arches of the other tower, and one finds oneself in the streets of Malá Strana. But that is for another entry.