I still have plenty of photos from my nature-tripping excursion. I must say that the university makes a great effort in landscaping its campus. 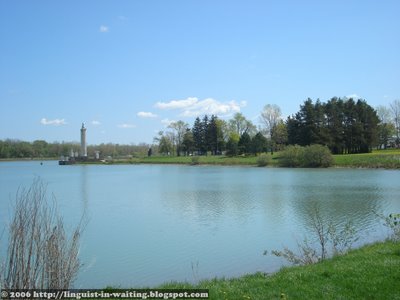 This is a picture of half of Lake Lasalle, taken from behind The Commons. See Baird Point from afar? This lake freezes when it is in the middle of winter, and when the lake-effect snow batters the area. 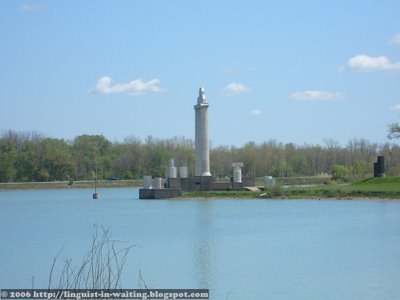 This is another shot of Baird Point, from the same direction. 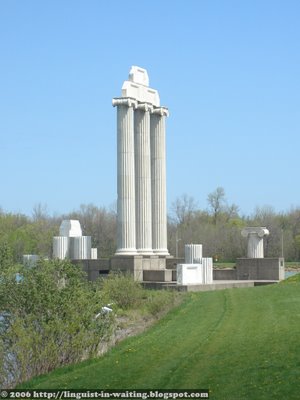 A close-up of Baird Point, as I was approaching it. 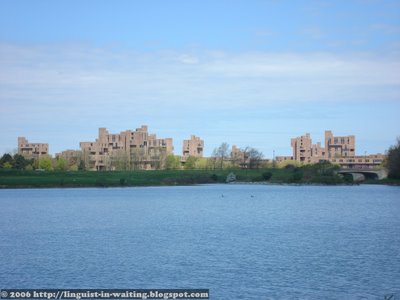 This is the Ellicott Complex. This is the largest dormitory complex in UB. It is made up of different sections, called Quads. For trivia, in case you didn't know, some male student fell from the fourth floor window of his dorm in this complex, but he was safe. Apparently, he was drunk at that time, and he didn't know what he was doing. Maybe he thought he was Superman. 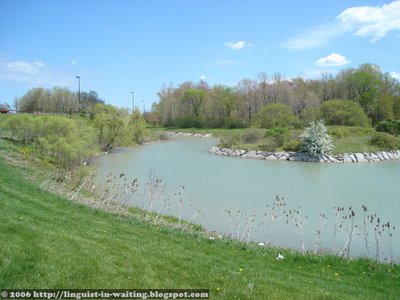 This is the part of the lake where it narrows. It connects to the other half of the lake, that is overlooking the Elicott Complex. I followed the path next to the water, and so I went under the bridge together with it, and then I find myself overlooking the dormitories. 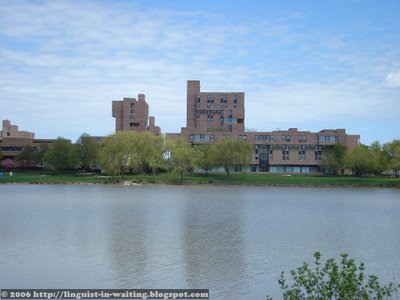 This is another view of Ellicott Complex. When I took this photo, a few students were already hauling their stuff out of their rooms and into their cars, stuffing them like a circus Beetle. The dormitories close this coming Friday, that's why I need to vacate my place this Friday because my subletter is taking over. 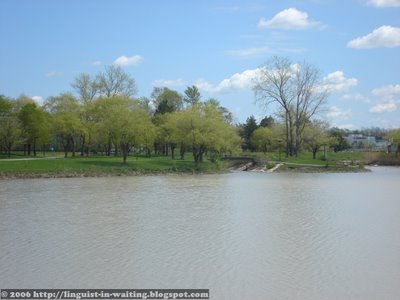 Finally, this is the island within the lake. See the bridge? Some people like to sit on the benches on the island and pass the time.

Oh, that is one thing I like about this campus. It is very green. Students actually take off their clothes and frolick under the sun, making their pale white skin darker, getting a tan. But then, I wouldn't take photos of them, or else someone throw stones on me...