Malá Strana is the area in Prague at the foot of Prague Castle where the historic ancient look is most preserved. This is a favorite among movie makers; plenty of period pieces were filmed in this area.

Let me follow suit in transporting you back to the historic times, so I only shot pictures in black and white mode while inside the church. 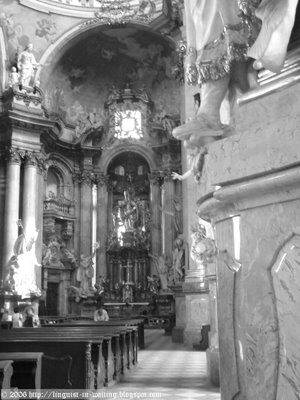 This is a shot of the interior of the church, with my back against the first chapel on the right. I didn’t take shots of the exterior, as it was uninteresting, but the inside is simply fascinating. 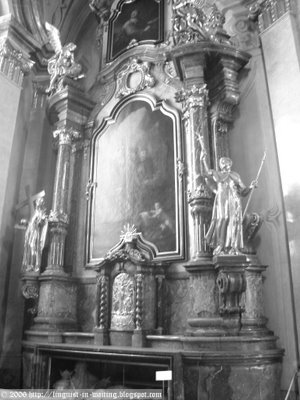 There are eight chapels inside the church, four on each side. These are the small partly-partitioned spaces that surround the main hall, and each has an altar in it. This is one of the chapels on the right. 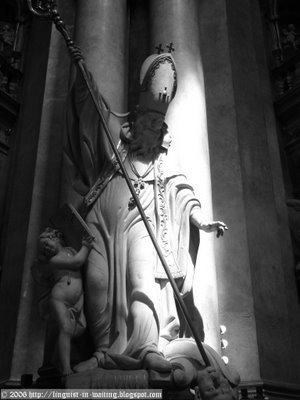 Personally, I think this is the most dramatic shot I have taken in this church. This is a statue of a certain religious personality inside the church. There was a hole or a window, I don’t know, but the natural sunlight was beaming inside, hitting this statue. I didn’t use any flash on this one, so that it would not look unnaturally bright. I personally like the contrast between the light and the dark shades of the picture. 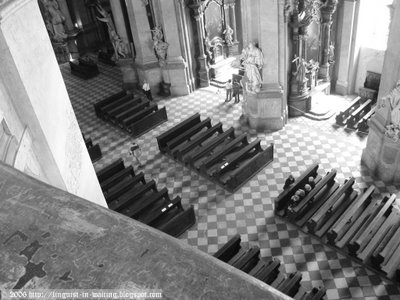 This was taken from the second floor, a shot viewing the chairs and the people visiting the church. 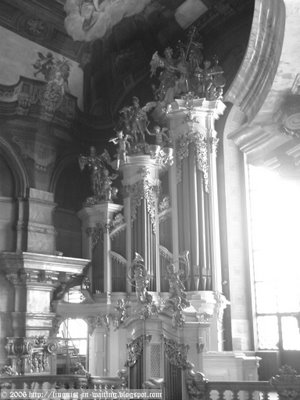 This is the organ system of the church. Too bad I couldn’t get close to the works, this was the best I could do. 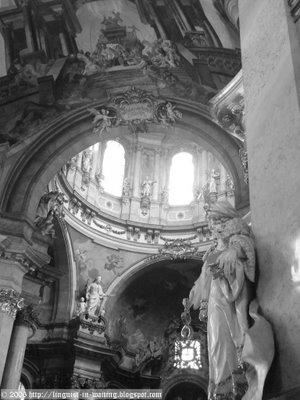 A shot from the first floor, showing the intricate designs of the interior of the dome. 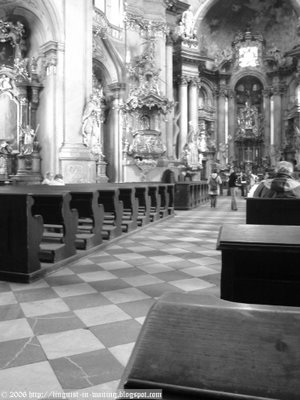 Finally, I tried sitting on the benches, and I took this picture.

Entrance to the church is 50 Kč for adults and 30 Kč for children and students. There are concerts that are held every night, usually by not-so-famous musicians. But as we had plans to attend a different event later this summer, we opted to pass the events that were advertised.