This will be a post about a site that was relevant when Prague was under the control of the Nazi regime of Hitler.

Resslova Street is the street in Nové Město that runs west from Karlovo Náměstí to Vltava River. The corner where the river and the street meets is the site of the Tančící Dům, or the Dancing Building. However, that is not the focus of this post, rather, the church that is found about a hundred meters eastward from the building.

Kostel sv Cyril a Metoděj, or the Church of Saints Cyril and Methodius, is the site of an important memorial regarding a historical event back in WWII. 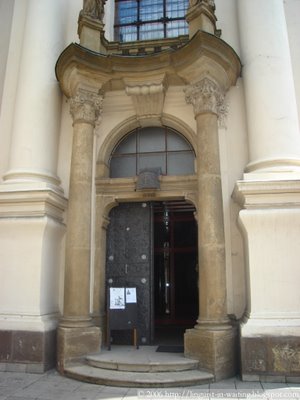 This is the entrance to the church, and mind you, the inside is splendid, but the action is not in here, but rather, underneath, inside the crypt. 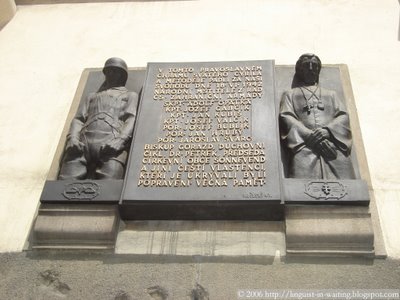 Before we get underneath, one thing that is relevant is the side of the building. Here is a plaque that commemorates the death of seven Czech paratroopers who died in this church. The names are listed in the middle of the plaque.

Some history: Once upon a time back in the 1940s, there was a man in Prague named Reinhard Heydrich, a guy of important position in the Nazi regime. He happened to be based here in Prague. Enter the British. The British trained a handful of Czech soldiers in assassinating this guy, and when the training was complete, they dropped the soldiers by parachuting them in the middle of Bohemia. They then stationed in a certain part of the city, and one day, they succeeded in killing Heydrich.

Of course, they were pursued, and then it happened that they took refuge in this church, the Church of Saints Cyril and Methodius. They were holed up here, until a Czech informer, the Czech counterpart to Benedict Arnold, told the Nazis where the paratroopers were, and after a siege, two of them died, and the rest committed suicide rather than die in the hands of the Nazis. 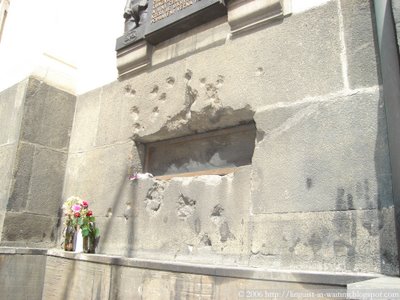 This is the side of the church facing Resslova St. Bullet marks are clearly marked in this wall. 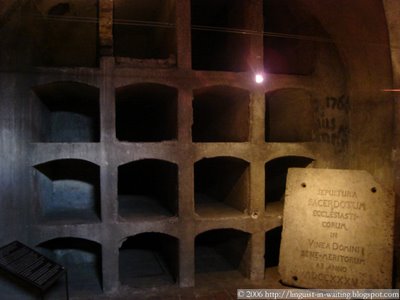 This is the crypt. The entrance to the crypt is underneath the main staircase of the church, not thru the chapel itself. There are no more remains of humans in here, but instead, is a memorial dedicated to the Czech paratroopers. 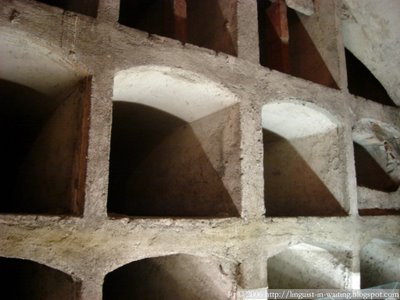 If you examine the structure closely, you may find bullet holes and marks here and there. 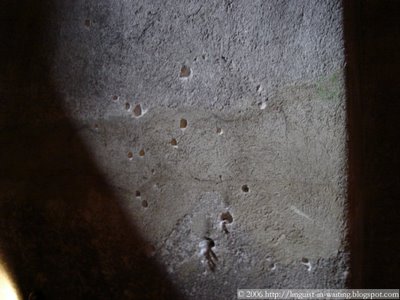 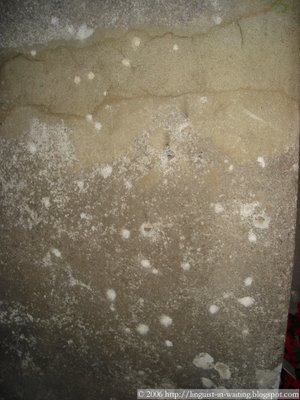 These are two shots of the walls inside the crypt, with clear remnants of the gunfire that ensued between the Nazis and the Czech paratroopers. 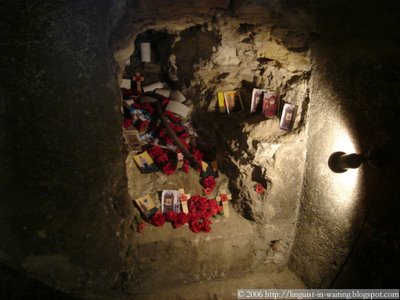 Finally, this is the remains of the wall facing Resslova St. The Czech paratroopers tried in vain to dig their way up to escape through the sewer system, but to no avail. The Nazis already occupied the top floor (the church proper) and the paratroopers had no way out. After an intense battle, two were mortally wounded by Nazi gunfire and the remaining five chose to take their own lives instead rather than be captured and killed by the Nazis.

Entrance to the crypt costs 20 Kč, and there is a short exhibit aside from the crypt itself that details the assasination plot, the locations within Prague, pictures, and everything else you needed to know regarding that point in time.