Národní Muzeum (National Museum) in Prague is the city’s neo-Rennaissance museum, filled with exhibits of rocks, fossils, and stuffed animals. It is basically a showcase of the various species of life and non-life that is found in this planet.

If you have been to a museum of natural history, say the one in Vienna, or the one in New York City, then the exhibits here would not be new to you, as these types of museums exhibit more or less a similar bunch of objects. Still, every first Wednesday of the month, this museum is free of charge, therefore I took the opportunity to go in and see the exhibit. It is free after all. 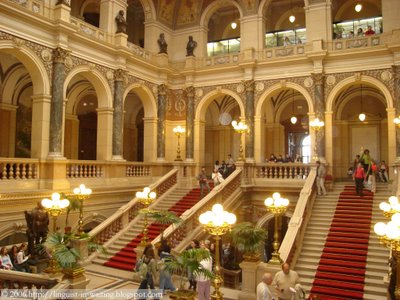 Once you enter the main lobby, the grand staircase of polished limestone will greet you. This is where the main staircases meet, going to the second and third floors. The foyer area is surrounded by busts of famous Czech people. 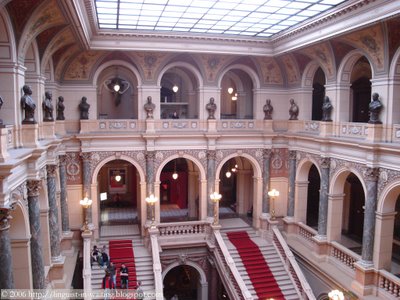 I guess even if the exhibits do not interest you, then at least this part of the building will. 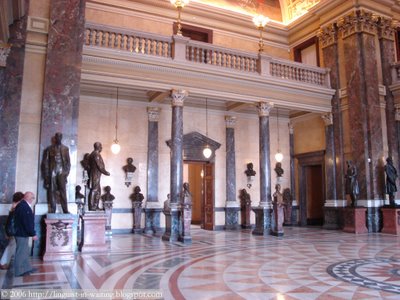 The northern part of the building, where the dome is, is called the Pantheon. This is a marble room where there are busts of Czech famous people, and there are also four wall paintings of Czech scenes. 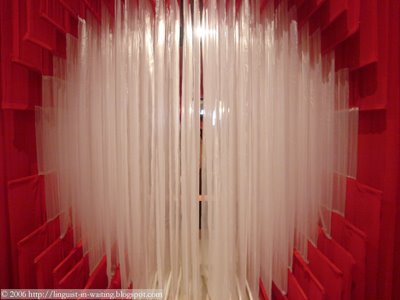 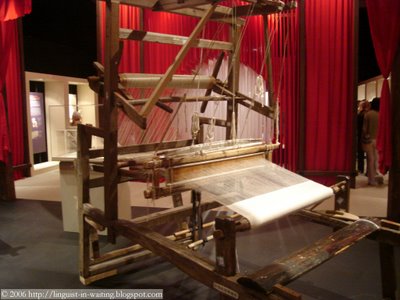 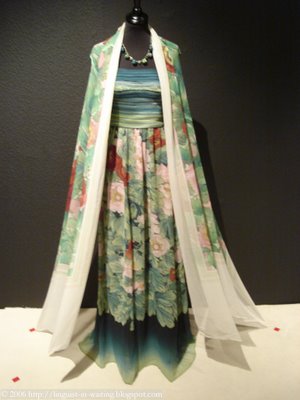 When I visited the museum, there was a temporary exhibition about Chinese silk and weaving. So there were exhibits of silkworms and weaving machines, plus the Chinese silk dresses that were hanging for the visitors to see. 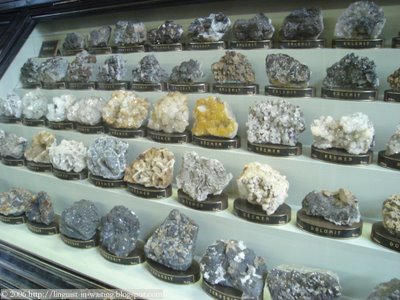 Then there are the hundreds of cabinets filled with rocks and minerals. This is the part of the exhibit where it definitely feels old-fashioned, complete with the sound of the creaking floors when you walk above them. 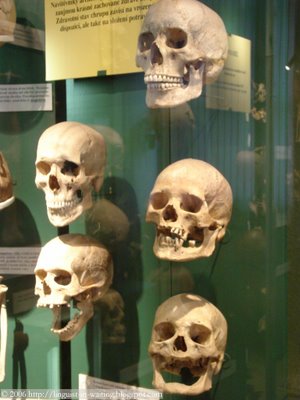 Of course, there is the paleontology and anthropology exhibits, so there are rooms filled with skulls and bones. 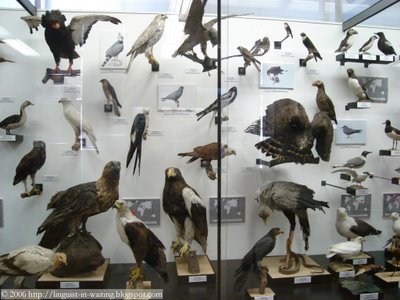 Plus, there is the zoology exhibit, which is a taxidermist’s paradise. You know what I mean by that.

So, after walking the lengths of the corridor, I think that it was good that I visited the museum on its free day. I don’t know exactly how much the museum charges for an entrance ticket, but in my opinion, there was nothing that made me oogle-eyed in the exhibits, nothing that let out the oohs and the aahs from me, so if you only have a week to spend in Prague, you have better sights to go to rather than visit the National Museum. That is, unless you are into rocks and stuffed animals.