I should have posted this entry before the first one, because if one would base it on chronological order, this happens before the former entry. So forgive me. This entry details the path to Petřín, and thus, the pictures are depict the scenes leading to the top.

Like I said before, Petřín is a picuresque hill located south of the castle. There are a number of attractions on top, and besides the Mirror Maze, there are some artifacts there as well. Let me show you some.

Petřín can be climbed a number of ways. I chose the backdoor path. I rode Tram No. 22, and got off at the Pohořelec Station. Upon disembarking, I saw this statue of Tycho Brahe and Johannes Kepler, two astronomers that left their names in the history books. 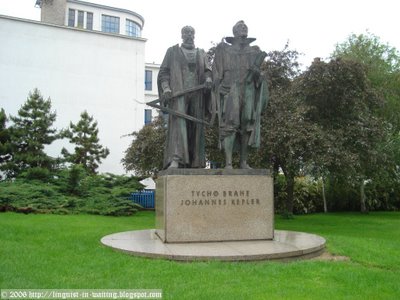 I then walked eastward to the direction of the hill, crossing the nearby monastery (I’ll blog about this monastery later) and into the path that leads up to the summit. 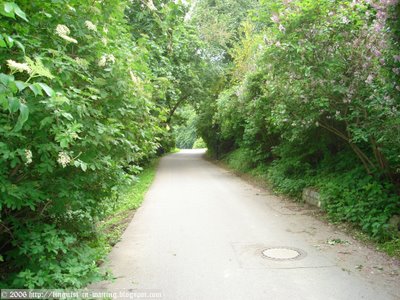 This path is pretty long, and the road is sometimes populated by the tourists, but most of the time, it is pretty drowsy, and I caught myself walking alone. 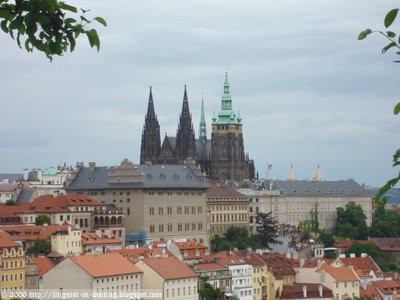 From my location, I could see the castle, and so I took this shot.

I continued the path, and the road still continued on even after walking for about ten minutes. 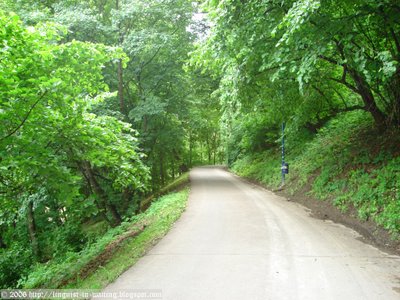 Then the road changed from asphalt to cobblestoned-staircase, which went forever. 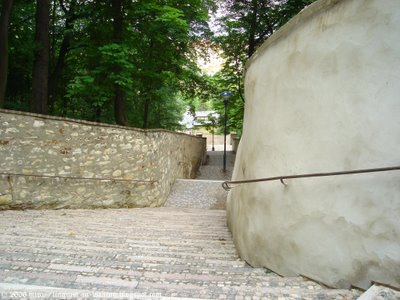 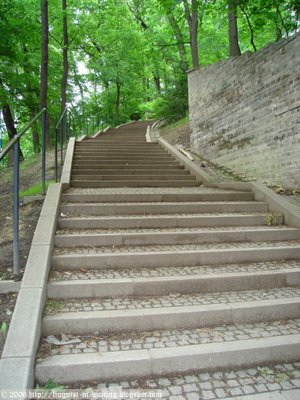 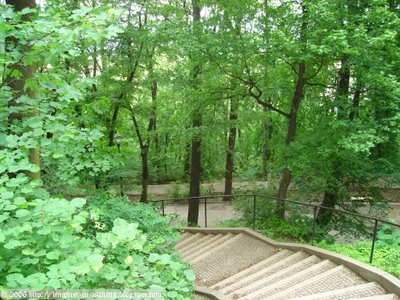 Of course, there is a more convenient way of climbing Petřín Hill, that is, by riding this funicular. 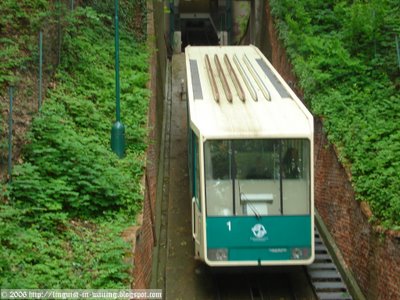 Once you see this wall, you know you have reached the very top. 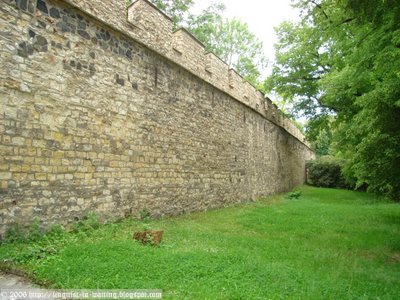 This is Hladová Zeď, or Hunger Wall. This is part of the fortification that was built in 1362 under Charles IV. It is named Hunger Wall, because the workers participated in the building work in exchange for food. 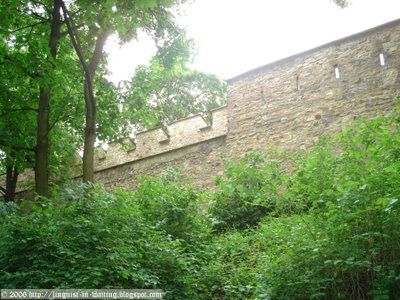 The Hunger Wall continues for quite a stretch, but only a part of the original fortifications stands today. 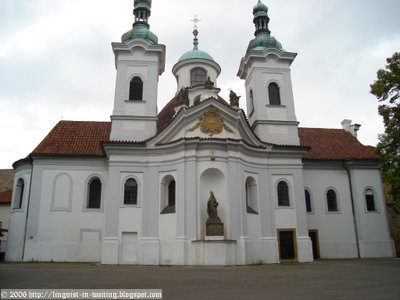 In the middle of the wall stands Kostel sv Vavřince, or the Church of St. Lawrence. This is a church that contains a ceiling fresco depicting a scene about the conversion of pagans in 991 with the help of a sacred flame. However, it was closed when I visited and apparently isn’t open to the public anymore.

Of course, climbing the path is free, but one needs to pay 14 Kč to ride the funicular one-way. Standard Prague Intergrated Transport systems apply.