On to the third part. Petřín is the location of the Petřínská Rozhledna, or the Petřín Tower. This is an Eiffel Tower look-alike, apparently because the designer collaborated with the designer of the Eiffel Tower. There is an exhibit at the basement about the life and works of the Czech designer, whose name escapes my mind. 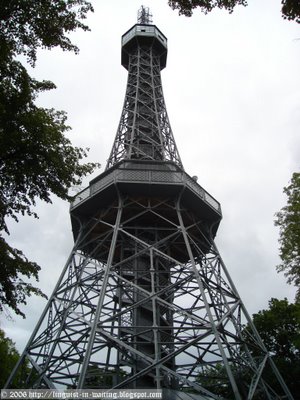 The way to the top is usually by stairs: there is a double-helix staircase that winds up the sides of the tower, one side going up, the other going down. This was done so that the ones going up and the ones going down do not use the same staircase. So there is no incoming traffic. 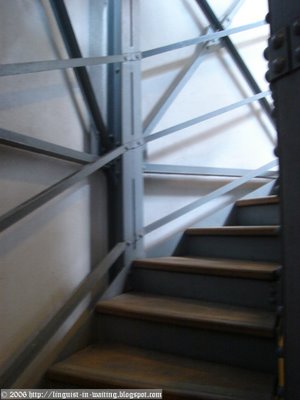 Another way is thru an elevator that runs in the very middle of the tower. However, the elevator is not shown to the visitors; the visitors will only realize the presence of the elevator once they get to the very top, and the call button is also very obscure. Only the ones that persevere in searching for it, and also those that need medical assistance or those that are suffering from fatigue can apparently use it. 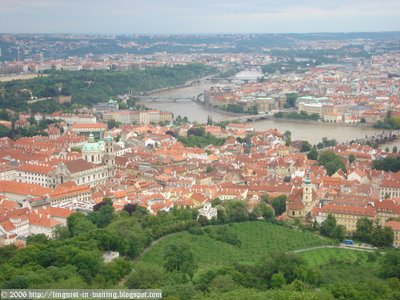 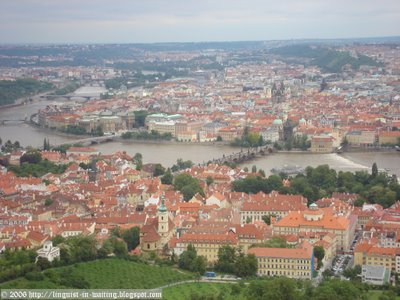 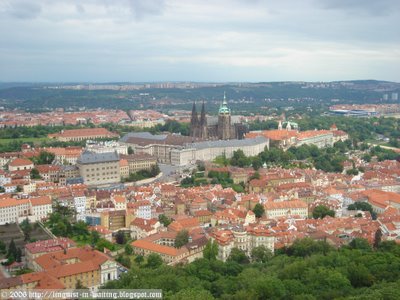 There are two observation decks, as you can see in the first picture. The first one is open-air, while the second one is enclosed. Both have opportunities of superb views of the city. The three pictures above were taken through open windows from the top observation deck. 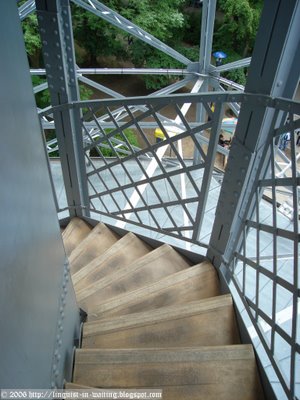 Then I started my descent after shooting plenty of city views. As you can see in the first picture, I visited the tower on a cloudy day, and the wind was blowing as well. And as you can see in the above picture, the staircase is not enclosed. I do not have a fear of heights, but when I was descending the staircase, the wind was blowing, and it felt like the whole structure was swaying with the air. And due to the elevation, the wind was blowing against me, and it felt really cold. I had to stop every circle on the side opposite the direction of the wind, so I could muster up the strength to go one circle facing the strong wind again. 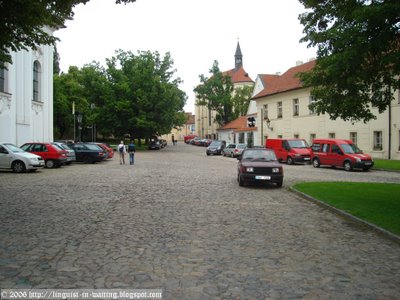 Finally, I was able to go down, and so I proceeded to the Strahovský Klášter, or the Strahov Monastery. This monastery was founded in 1140 by Vladislav II. During the Communist era, the government closed down the monastery, and the monks only have recently returned. The above picture is the courtyard of the whole compound. 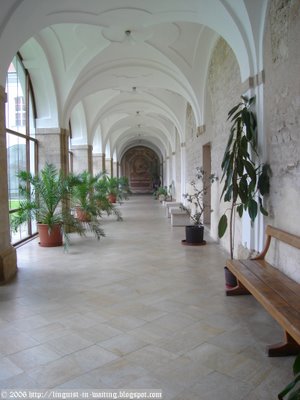 Inside one of the buildings, there is a branch of the National Gallery and so I visited it. This picture above is the hallway. 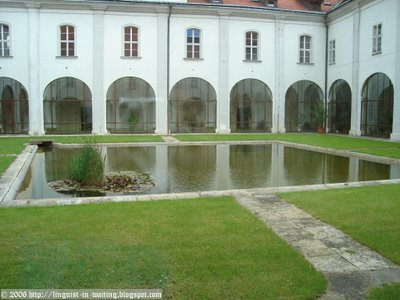 The building housed religious items on display, around a small pool. 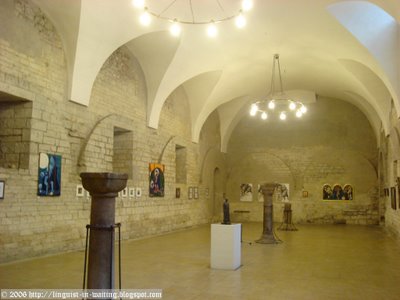 And finally, somewhat out of place is the art gallery in the same building. The things that are displayed here are modern works by contemporary artists, and the works even have price tags on them. Unlike the religious displays, I was permitted to take pictures on these, so the above picture is one such shot.

After visiting the monastery, I headed back home. Entrance to the Petřín Tower is 40 Kč while it would cost 50 Kč to visit the gallery inside the monastery. There are other things to visit in the monastery, such as the library, but since pictures are not allowed, and I am not a big fan of libraries for the sake of tourism, I decided to pass the opportunity.