On to the second part (By now, you must have realized how large the cathedral is to have multiple entries to cover it). Access to the choir and the ambulatory (whatever those terms mean) would only be possible if you bought a ticket, so I flashed my ticket and the guard punched a hole to it. 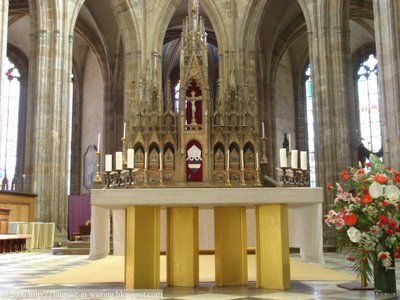 There is a great marble mausoleum at the very middle of the church, but unfortunately, circumstances prevented me from taking a good shot. The next best thing around was the altar, so I’ll give you a shot above. 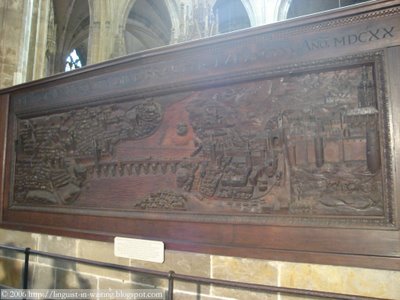 Then comes a wooden relief from 1620 (note the Roman numerals at the top right corner), created by Caspar Bechterle. 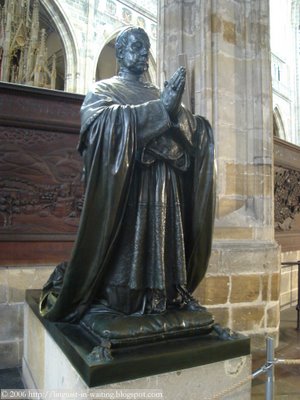 There are plenty of other chapels and monuments around the ambulatory, but all I am showing here are the ones that are really eye-popping. Here is a monument to Cardinal Schwarzenberg. 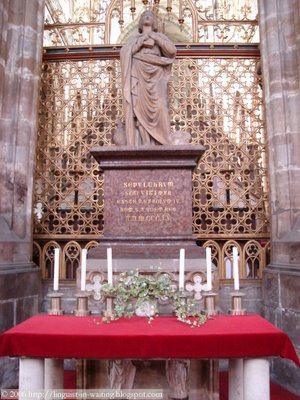 Another altar here, if I am correct it is the Saxon Chapel. 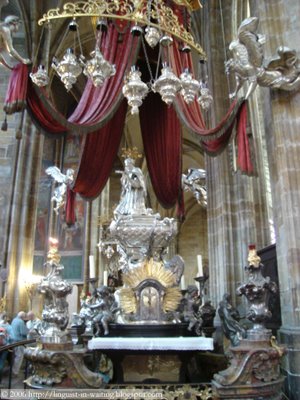 Then comes the most spectacular sight, in my opinion. This is the Tomb of St. John of Nepomuk. At first sight, it looks like a bedroom, with drapes and all. But in actuality, it is a tomb, with a canopy decorated with silver chubby angels. For your information, the silver that was used in this section of the cathedral alone weighs more than two tonnes. 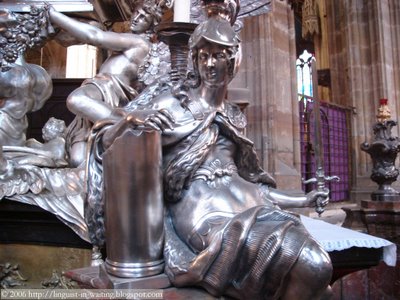 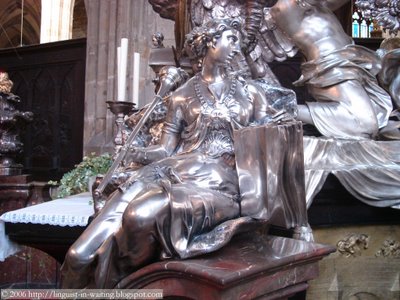 The above pictures only illustrate the amount of silver that was used. Amazing eh? 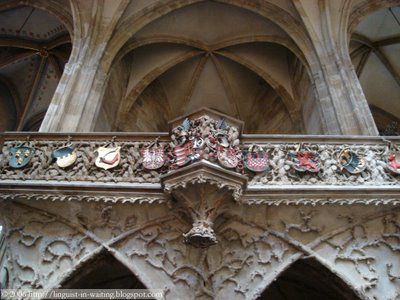 I then looked up, and I saw the balcony, decorated with the coats of arms of the country. 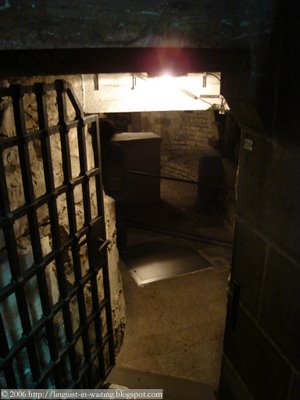 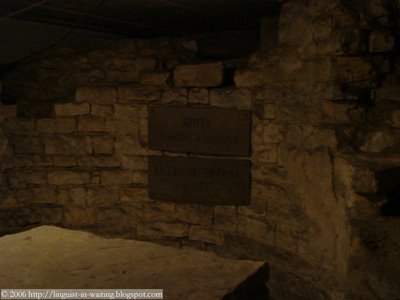 There is a crypt in this cathedral as well. I climbed it down, and saw the remains of earlier churches that used to stand in this spot. And inside, there lies the remains of the country’s ancient rulers, and yes, their coffins are highly guarded, vaulted, and extraordinarily secure. Those buried here include Charles IV, Wencelas IV, George of Podebrady, and Rudolf II.

The Cathedral entries aren't finished yet. Watch out for the next update, this time, about the cathedral tower.