Václavské Náměstí, or Wenceslas Square, in English, is a very important square in Prague due to the fact that a number of historical events occurred here, such as the Great Mass in the revolutionary upheavals in 1848, proclamations of a new Republic in 1918, student protests like the self-burning of Jan Palach in 1969, and the proclamation of the end of Communism in 1989.

So, without further adieu, let us begin our stroll of the square. 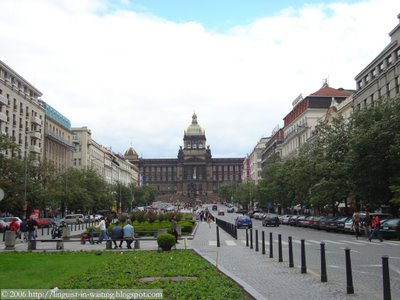 This is the southeastern end of the square, and the one considered to be the head. This is so because the statue in the middle of the square faces to the other direction. 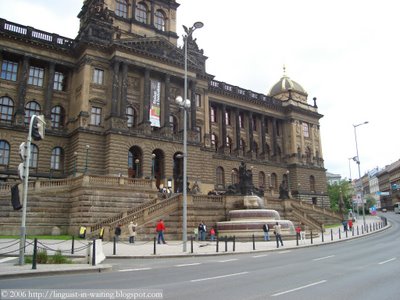 The great dark brown building at the very end is the Národní Muzeum (National Museum). I visited that museum on its free day, and I will post and entry about it later. For now, admire the façade and the fountain. 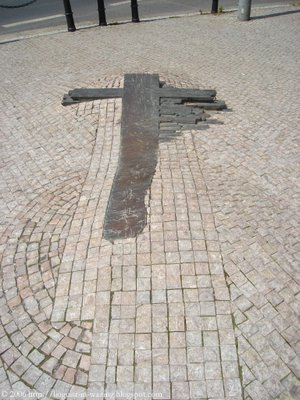 If you look at the second picture, try to find the man with the red sweater. Then, locate the little girl standing at the foot of the fountain. Near her feet is a dark patch in the pavement. The above picture is what that dark patch is. On January 1969, a student protester named Jan Palach burned himself at the steps of the National Museum. And in the process, he stumbled down the steps and the dark patch in the pavement marks the spot where he fell. He died four days later. 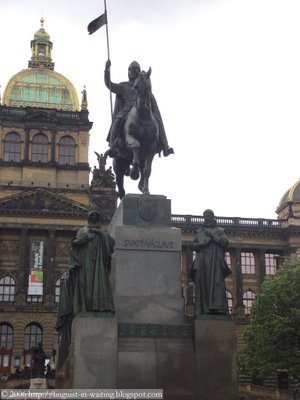 Moving on, we see the statue of Saint Wenceslas, a 10th century pacifist duke of Bohemia. 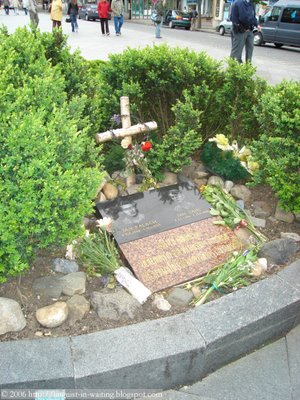 A few steps from the equestrian statue lies this small monument to the victims of Communism. 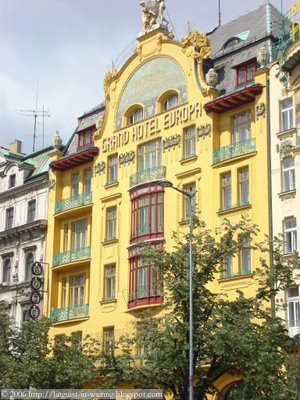 This is Grand Hotel Evropa. Lonely Planet says that this is the most beautiful building in the square, and indeed it is. However, admire it for the beauty alone, the reviews with regard to the hotel conditions are not too good to make a reservation. Perhaps it is because of the age. 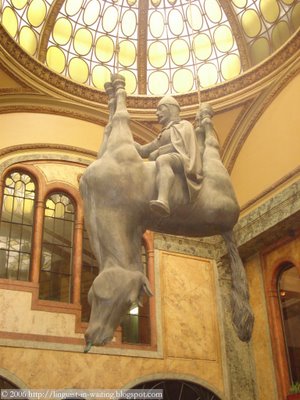 A small shopping arcade is nearby, the Lucerna Palace. Inside, there is this statue, an ironic variation to the equestrian statue on the outside. You figure out what the sculptor, David Černý, meant by this. 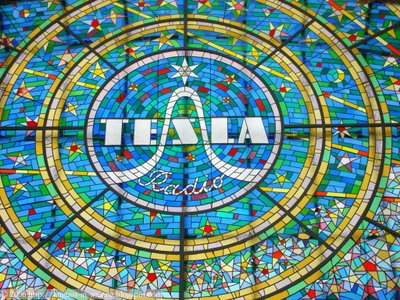 At the very end of the shopping arcade is this stained glass window. This window dates from the 1940s, and is an advertisement for none other than Tesla Radio. 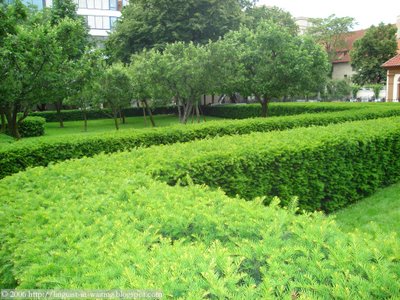 A few paces past the stained glass, one reaches this little garden in the middle of the city, the Františkánská Zahrada (Franciscan Gardens). There are nice small statues inside and even a nail salon. 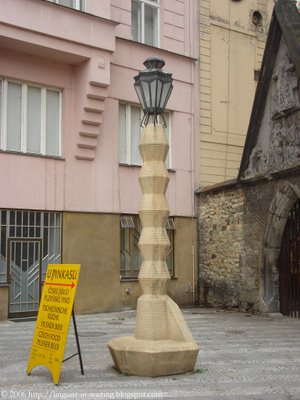 After a few meters of strolling in the park and exiting it from the other side, one sees the lamppost above, which may be the only Cubist lamppost in the world. Cubism was an active art movement here in Prague, as evident from the different buildings one can find around the city. 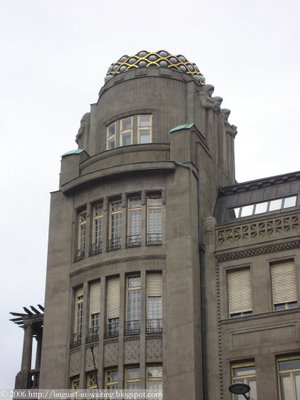 Finally, after a turn in the corner, one gets to the very end of the square, and one then sees this building, the Koruna Palace. It is of the Art Noveau style, and the most famous aspect of this building is the crown of pearls it has at the corner.