Vyšehrad Part I: The Approach

Vyšehrad, or High Castle in English, is not always visited as much as Pražský Hrad, and it has its reasons. It has a different feel compared to the more famous castle north of it, and as Lonely Planet puts it, it has a rather spellbinding feel to it. Vyšehrad is regarded as Prague’s mythical birthplace, and if there is a fog that envelopes the entire fortress, then that adds to the magic. The entire compound is big and is thus too much to blog in one entry, so for this one, I will just write about the approach to the fortress.

I went there by riding Tram No. 7, and getting off at the nearest tram station. From the station, it was quite a walk to enter the fortress grounds. The fortress is situated on top of a hill, and so I needed to climb up a steep street in order to reach the gate.

So after a few minutes of asphalt hiking, I came up to the outer garden, which was still steep. Trees grow here and there, and from here I can see the wall of the fortress. 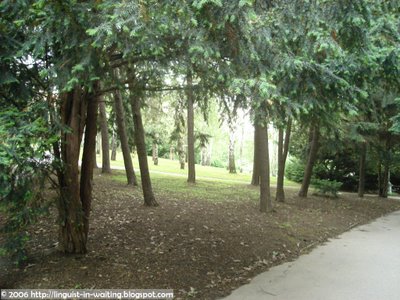 At the very end of the garden, there is a hole in the wall. A tunnel rather, and so since there was nowhere else to go, I went inside. 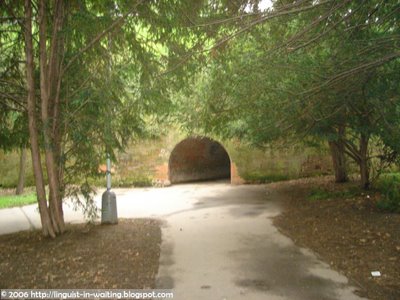 And still, I went in, not knowing where it would lead to. I was like Alice, following the rabbit down through its hole. 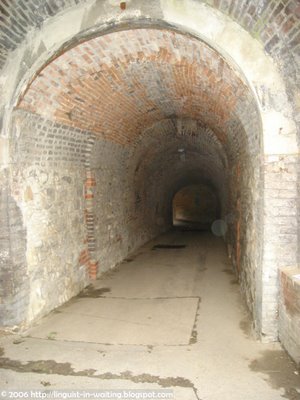 Then I found myself at the other side of the wall, and lo and behold, a sign! 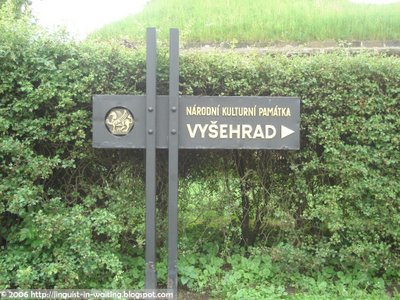 Apparently, it seems that I was warped from the steep garden to the entrance of the fortress. Here a huge gate is found standing welcoming the visitors that come inside the fortress. 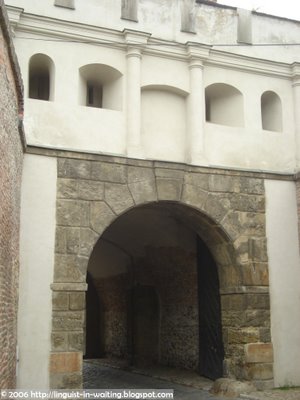 As expected, the roads are made of cobblestones. Good thing I had my running sneakers on, so it felt as if I had nothing on. 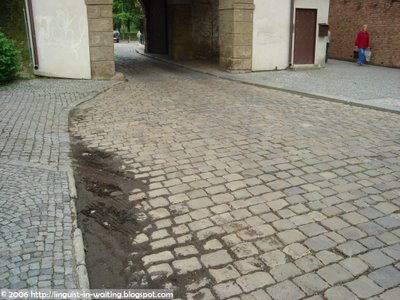 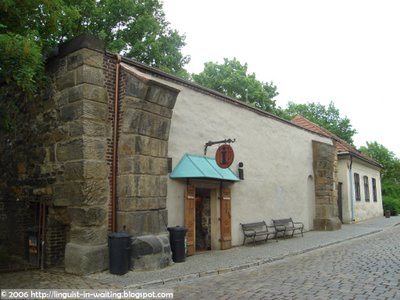 Then another gate greets the traveller. This is Leopoldova Brána, or Leopold Gate. 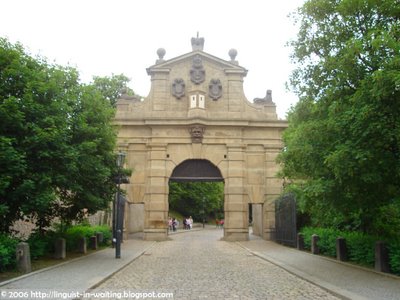 A close-up of the ornaments on top of the gate. 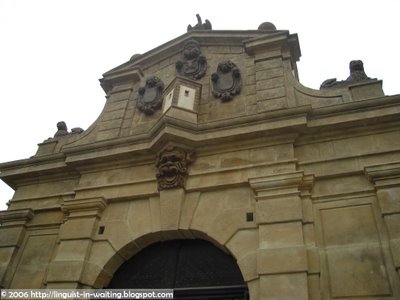 A close-up of the iron-studded doors. 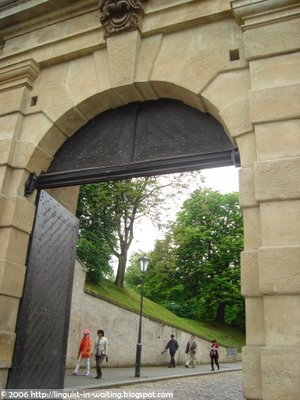 I don’t understand Czech (my knowledge of Czech doesn’t go beyond the greetings), but I can discern that this gate has been around from the 1600s. That I understand, by looking at this metal plaque. 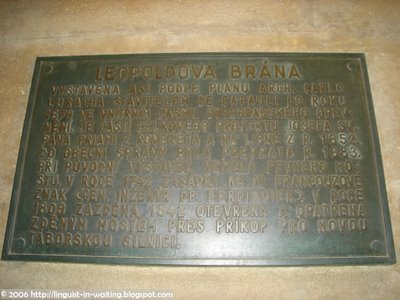 There, after crossing the gate, I am inside the fortress. Entrance to the whole compound is free, but there are places inside that one can enter only by paying a small amount of an entrance fee. I will blog about those later.