Kutná Hora. My last excursion outside of Prague. This is a place that is famous for its mining industry. It was once the second most-important town in the whole Bohemia, due to the fact that the money was mined from this town. It is also famous for the church of human bones, the Sedlec Ossuary. In this post, I will detail this church, and I will post pictures of other attractions in subsequent entries.

We went to Kutná Hora by train. It was a one-hour train ride from Prague Main Train Station. 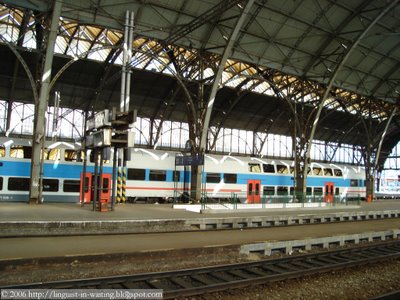 Here is a shot of the non-descript not-too-optically-appeasing train station. 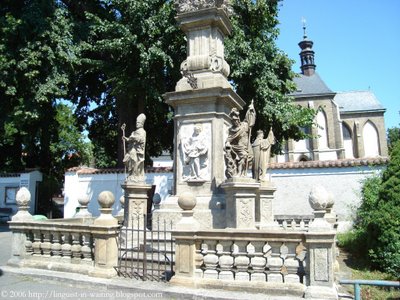 After an hour, we got off at a small station and walked a few meters to this statue. This statue marks the entrance to the ossuary. If you notice the small door at the left, that is where we went after gazing at this. 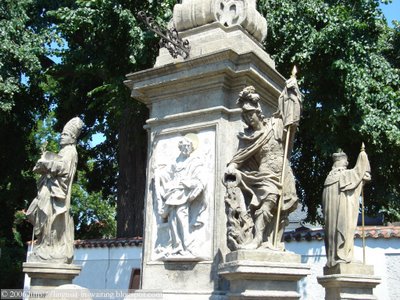 A close-up. A pope, a soldier, and someone in a toga. 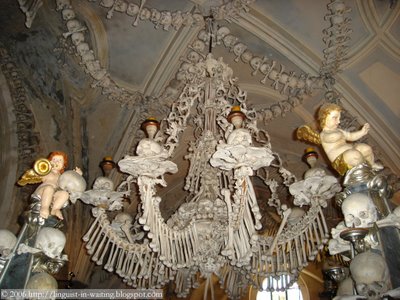 Ah, the chandelier. Now that I review my shots, it was unfortunate of me not to take a shot of the panoramic view of the church. I only focused on the individual macabre items in the room. How unfortunate. By the way, this chandelier was made with human bones, and it is a fact that every piece of bone in the human body was used at least once in this chandelier. 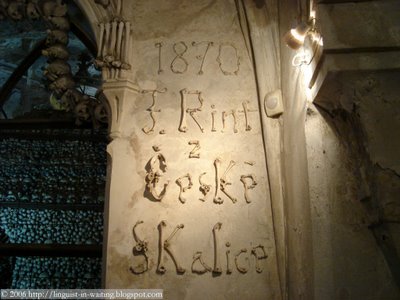 The sculptor who did it all, Frantisek Rint, even used bones to affixate his signature in the wall. This was done in 1870. And you guessed it right again, these bones are the bones of the people who died in the plague in the medieval era. 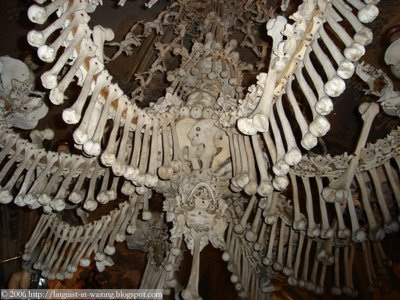 Another shot underneath the chandelier. 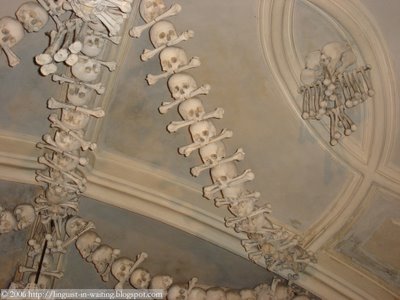 The ceiling is decorated by these curtain-like ribbons of bones, connected together. 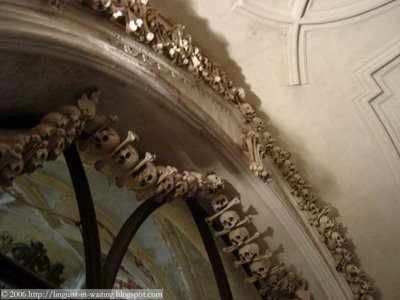 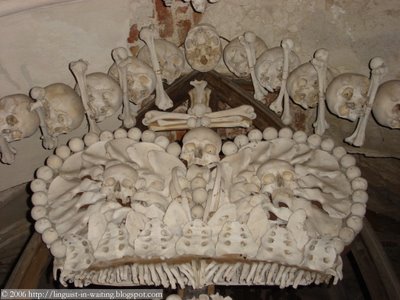 A two-dimensional sculpture of a crown, made with bones. 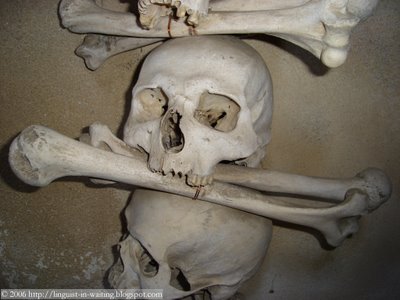 Finally, LIW-style wallpapers for your computer, if you want. This is one with flash. 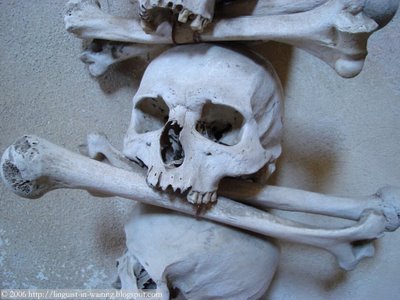 And this is one with no flash.