Since our ever-reliable guidebook recommended seeing the Italian Court, we decided to buy ourselves a ticket for the guided tour of the Vlašský Dvůr. The tour began at 2:00 and lasted for about 30-45 minutes.

By the way, we had a guide, who was very interesting. 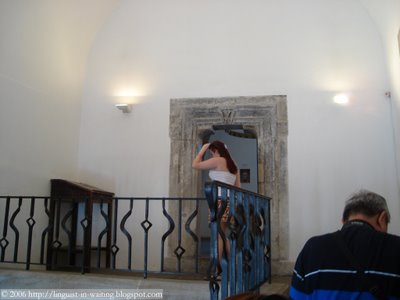 This is a shot of our guide, letting us in. If you look at her from the back, she looks sexy, eh? 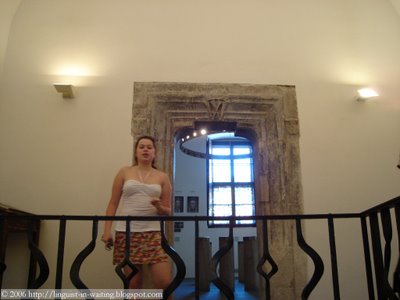 But if you look at her from the front, she looks like a female version of Chucky the Killer Doll, sans the chainsaw. 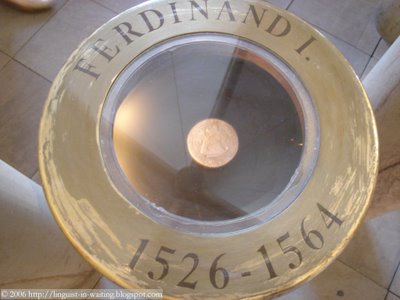 Anyway, here is one of the exhibits of the ancient coins. Kutna Hora was a mining town remember? 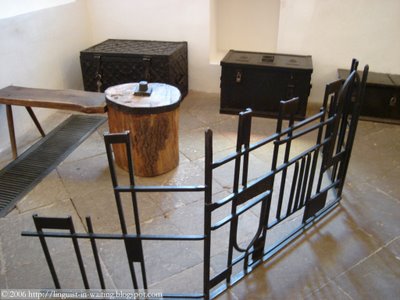 This is a silversmith's workshop. The silver was laid down on the round thing, and then he would then use a huge mallet to smack the silver piece and put the royal insignia to it. 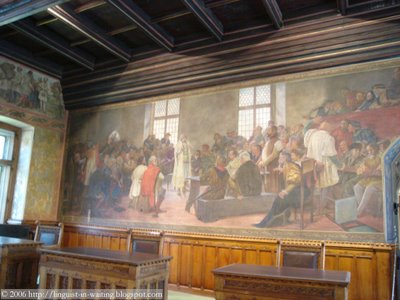 Then, on to the main hall. This is a wall painting that shows the first ever Monarchial Elections in Bohemia. Yes, there was a time when the right to be king wasn't passed on by blood, but instead, by votes. 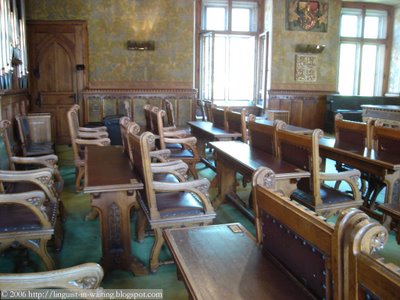 These are authentic 17th century chairs, used by the ancient Parliament. 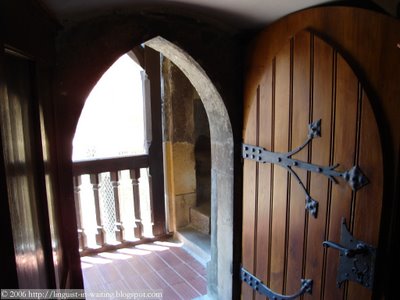 This is th special exit to the balcony made for the emperor. The emperor was short, thus the size of the door. 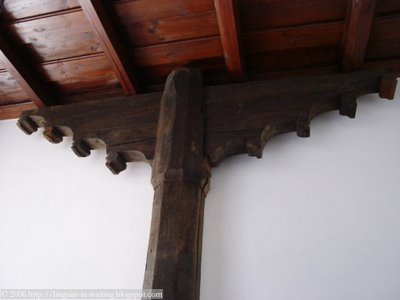 Finally, this is the lucky post. Legend says it that anyone who touches this post will live prosperously. Yeah right...