Of course, one should expect a tower in any of Prague’s structures. Have you noticed the amount of panoramic shots I have that I have posted here in my blog? So naturally, the largest church in Prague also has a tower of its own. 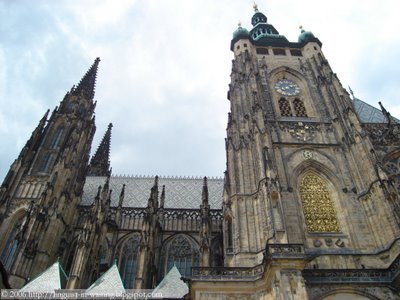 The part of the building that you can see on the right is the Great Tower. Admission to the tower is included in the ticket price, so I showed my ticket to the guard and he punched my ticket. 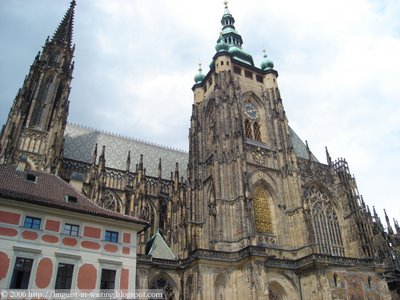 In order to reach the top observation deck, one has to climb the 297 claustrophobic steps that wind up to the top. There are no windows on the spiral staircase, and it is all brick going round and round. If you are claustrophobic, then better pass on this one. 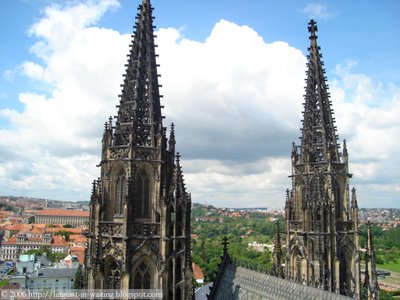 Once you get to the top, you are rewarded with the fantastic view. Of course, I have taken too much of city shots so here I’ll just show you some shots of other parts of the church that cannot be reached, such as the twin spires above. 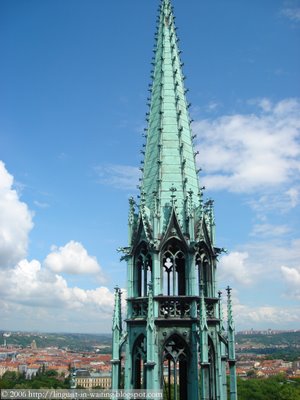 There is also this green spire that is placed on the other side of the building. 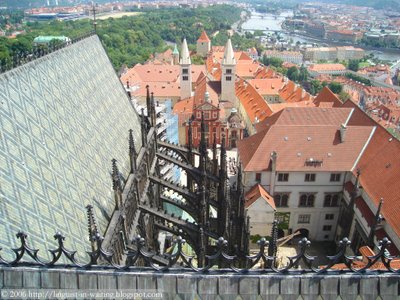 And you can also see the spiked roof. One can just imagine what would happen if one would accidentally fall from the sky and land on these. Human barbecue! 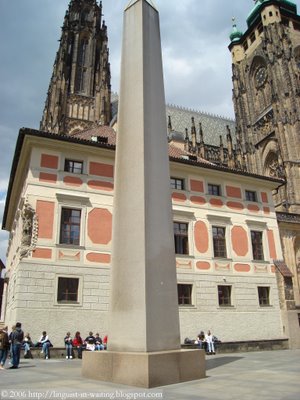 There is also a granite monolith that was built to commemorate the victims of World War I. Again, a chance for human barbecue.

Well, the lesson learned after a visit to Prague is that never should one atempt to parachute from the sky and fall into the city.