The Old Royal Palace is among the oldest parts of the castle, and upon entering, it does have that weird deserted feel to it. It is not a detached building, but instead a building that is attached to another part of the castle. Thus, from the outside, it does not look grandiose, but apparently, back in 1135, it was. 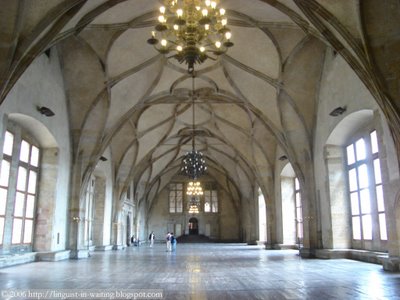 Here is the shot of the first hall, where the guard punches your ticket. As you can see, it is very barren. The former grandiose character of the palace has gone. 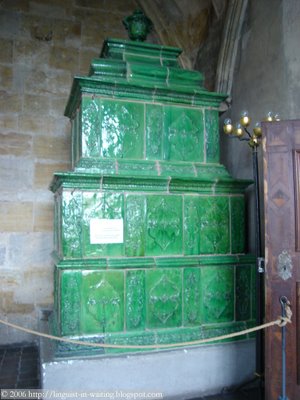 If you happen to wander into the old apartments, then you can see these old furniture as well. Sometimes it makes me wonder whether the people of old times had good taste. Just look at the color of that cabinet, it looks like there are amoeba growing on it. 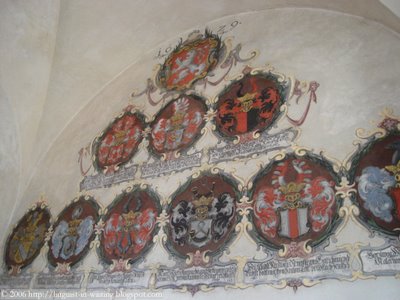 If you crank your neck and look upwards, then you can see the walls filled with the coats of arms of the country. Note that these shots are stolen shots, apparently they didn’t want visitors to take pictures of these. Good thing my camera had sensitive ISO capability. 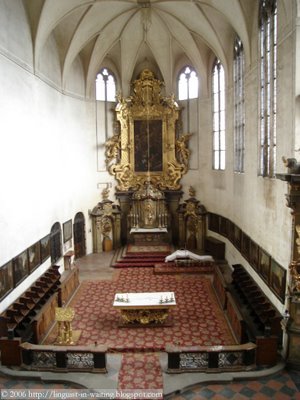 This is the All Saint’s Chapel. This is the private chapel of the inhabitants of the palace. 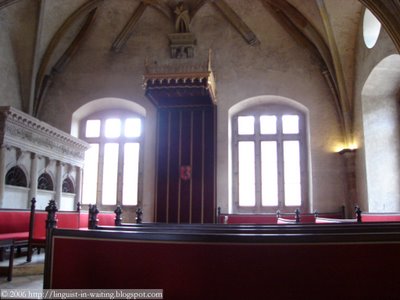 And this is the Assembly Hall. Notice the throne at the middle of the room. The highlight of this room is the beautifully vaulted ceiling. 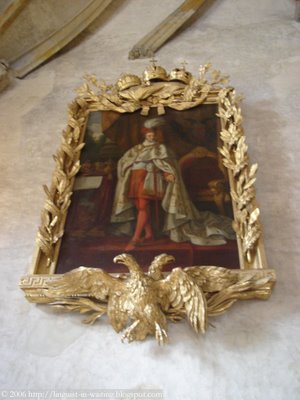 The walls of the Assembly Hall are filled with portraits of the rulers that once graced the halls of this palace.