Behind the great cathedral lies another church, the St. George Basilica. I wonder how many people went to church back in the old days, when they needed not just one, but two churches, within the castle. 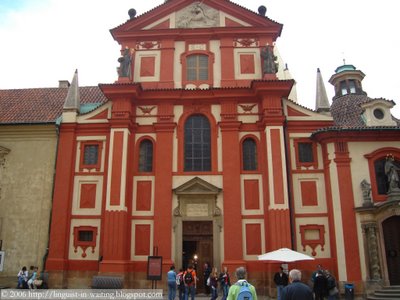 St. George Basilica has a red early-Baroque façade, as seen in the picture above. Entrance to this basilica is included in my ticket, so the guard punched away. This church was established in the tenth century, therefore this belongs to the Romanesque period. The church has been largely restored between 1887 to 1908. 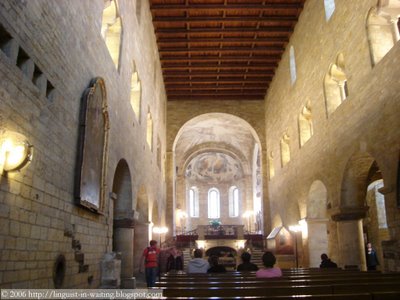 This is the inside. It is simpler than the previous cathedral, consisting of only a small chapel at the side near the entrance and a straight hall. Somehow the size reminds me of the Sistine Chapel in Rome, only that this has fewer people and there is no fresco on the ceiling. 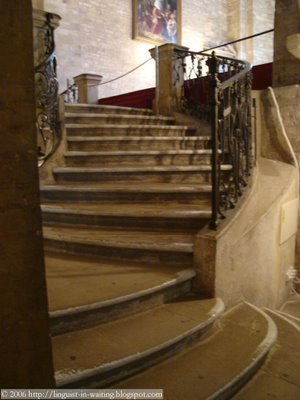 There is a twin staircase near the altar, leading to the crypt below and the altar above. This is a shot of the staircase, from a quasi-artistic angle. 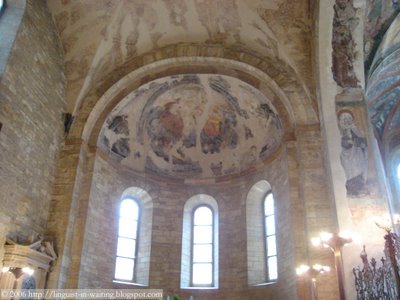 As you can see, the frescoes on the ceiling are damaged, only parts are seen today. 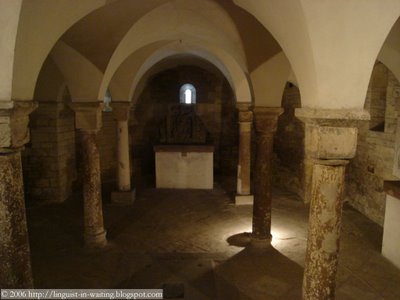 This is a shot of the crypt. Tombs of two people are in here, the one for Prince Boleslav II and for Prince Vratislav I, who founded the church. 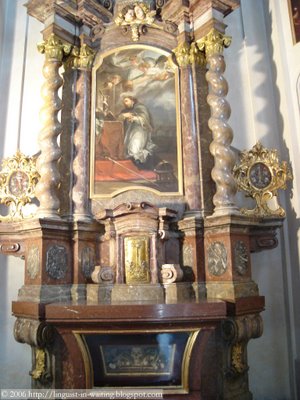 This on the other hand is the centerpiece of the chapel beside the entrance, dedicated to St John of Nepomuk. 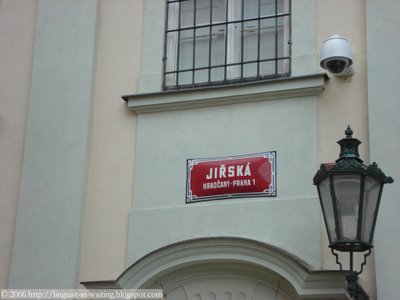 So I walked down the street. To give you an idea of how big the whole castle complex is, there are even street names inside the castle, such as the one above. See how ornate the street sign is, and this is the case for every street sign in Prague. 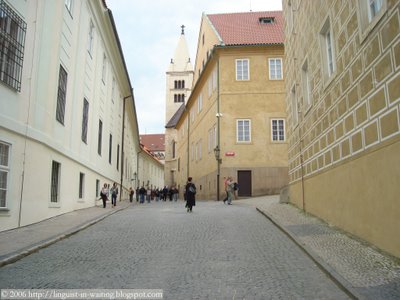 I continued on this street to visit the Lobkovicz Palace. This palace serves as a temporary exhibition site inside the castle. And since it was the first Wednesday, I was able to get in free. 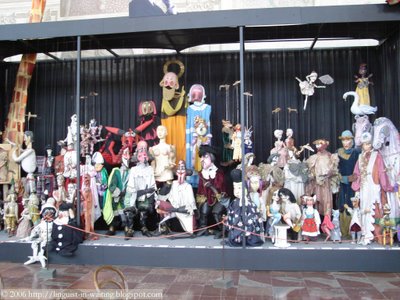 The exhibit that they had when I visited was about the art of making marionettes and the marionette theater. Believe it or not, marionettes are a big thing here in Prague, and souvenir shops abound with them. You can find marionettes for every character. 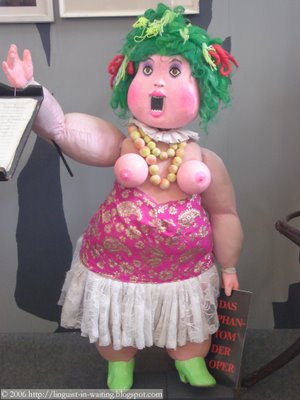 There is even a marionette for this fat lady. Notice the sign she is holding, which reads “The Phantom of the Opera”. I wonder who this character is, although I have read the book, and have seen the musical as well. I never realized the Czech version of Christine Daae was this fat. I would begin to wonder whether they changed the phantom from a man to a woman. 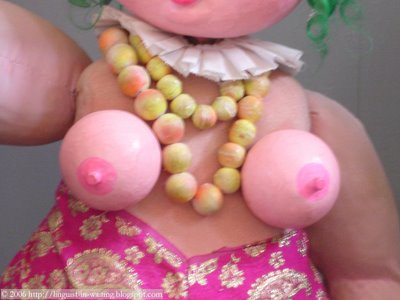 And look at her boobs! It looks like external silicone implants! I have never seen mushroom-shaped boobs before. And those nipples look like they would hurt any infant that would attempt to suck on those!