Zlatá Ulice (Golden Lane) is a part of Prague Castle that is at the very end of the compound. Entrance to this is included in the ticket as well. 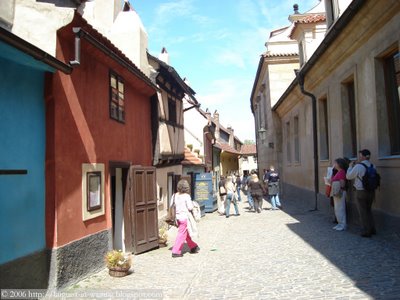 Before, the Golden Lane was a collection of small cottages built next to each other. These are used by the castle guards before as houses, but later were used by the goldsmiths. Then, in the 18th and 19th centuries, they were used by some ordinary people as houses, including Franz Kafka, who lived in No. 22. 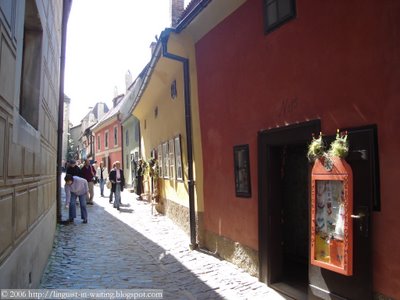 Now, these small cottages house small shops, where one can buy souvenirs for their visit to the castle. 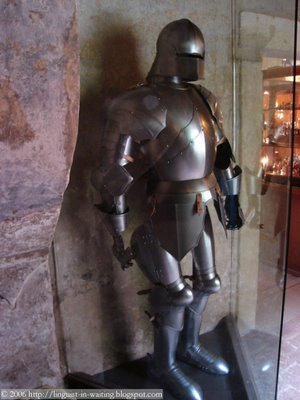 Upstairs, there is actually one long hall filled with the exhibits of armors used in medieval times. Forgive the glare, since I wasn't able to find one exhitib without a glass casing. 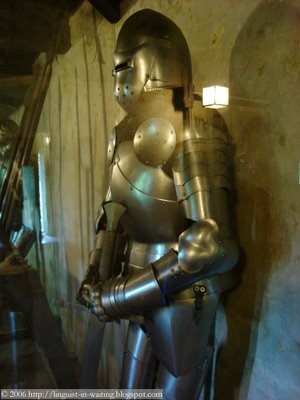 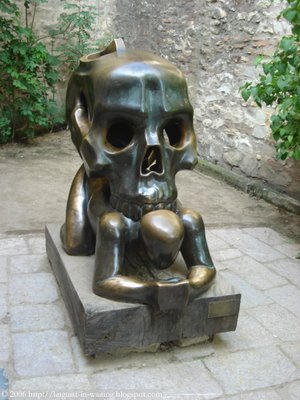 This is a contemporary statue found outside the Golden Lane. This is the area which leads to another tower, one which I didn't decide to visit. This tower in question is the Daliborka Tower, named after its prisoner. 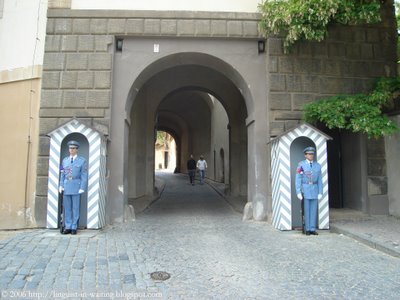 The Golden Lane is near the small entrance. It happened that it was nearing 3:00 PM, and so I had the chance to see the changing of the guards, which happens every hour. This is how the guards look, with their pathetic boxes behind them. 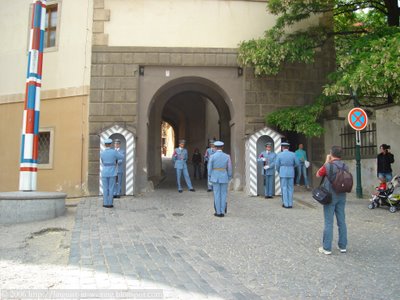 The new set of guards would then arrive, and the ones replacing the old ones are standing in front of the old ones. 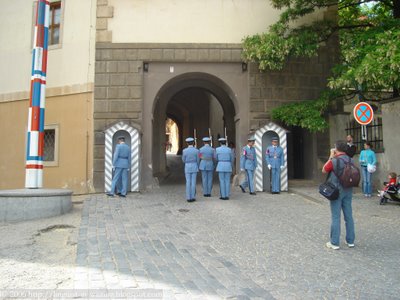 The old ones would then join the head guard and depart, while a pair of other guards check the posture and the uniforms of the new guards, who will then stand there for an hour until the next batch of guards comes. 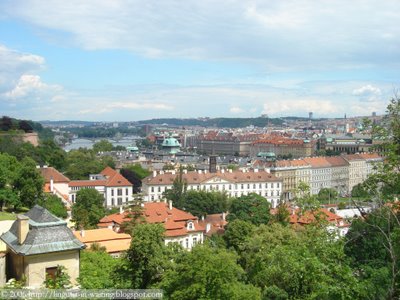 Of course, if there is a good view, I'll never pass it. This entrance is the old medieval entrance, leading to the old castle steps. The views of the city from this vantage point is amazing. One shot is this.

So there you go, another post about the castle. I know, this is the sixth installment, don't worry, there are about a couple more posts about the castle, and then I'll move on to another topic.