Toronto has the CN Tower, Seattle has the Space Needle, Vienna has the Donauturm, Paris has the Eiffel Tower, and Prague has the Televizní Vysílač.

And yes, that simply means "Television Tower". Nothing fancy, nothing avant-garde.

Built from 1985 to 1992, the Televizní Vysílač is the highest structure in Prague. Conspiracy theorists say that it was built to intercept the frequency of Radio Free Europe during the Communist Era. Now, it has television transmitters, an observation platform, and a restaurant with a spectacular view. 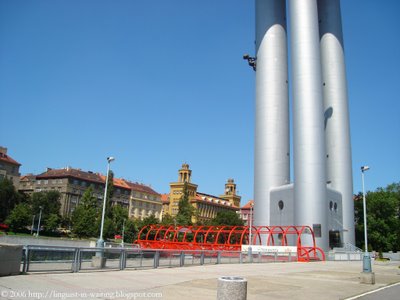 This is the ground shot. The tower is supported by three huge circular poles connected at different levels above. 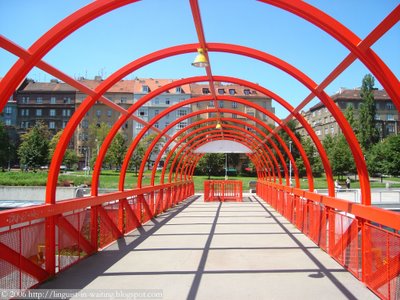 The pathway that leads to an underground entrance looks good for the camera. 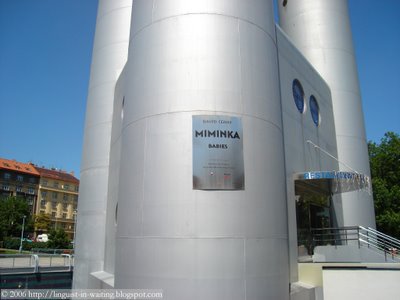 The Televizní Vysílač is also the site for a permanent installation of modern art. The Czech modern artist David Cerny has installed ten crawling faceless babies at the sides of the tower. The whole work is entitled "Miminka". 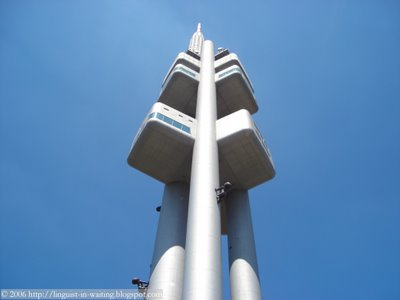 This is a worms-eye view of the tower. 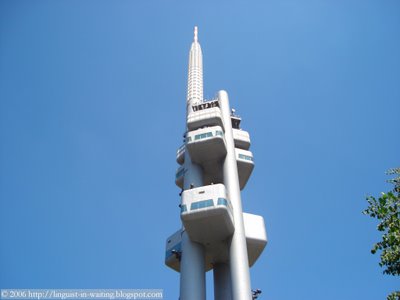 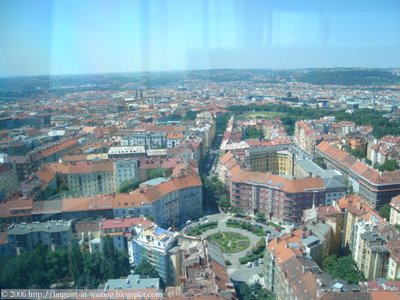 Finally, as typical LIW-style blog posts, this is a view of the panorama taken from the Televizní Vysílač. Too bad the glass isn’t that clean to be able to take a glareless picture.