Terezín is a town north of Prague, which has the unfortunate instance of being recorded in the history books as the place where the Nazi Germans in World War II stationed the Jews in the Czech Republic. Terezín is not a concentration camp, it is simply a transit camp for Jews enroute to the concentration camps, but the sight surely looks like it is a concentration camp. I went there for a day excursion and the sights were indeed harrowing. 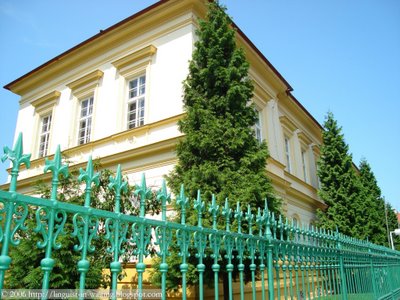 Presently, the majority of the town is a National Monument. If you buy an entrance ticket, it will gain you entry to the two buildings for exhibition; the Ghetto Museum and the Magdeburg Barracks. It will also give you entry to the Small Fortress, which I will blog about in the next days.

The building above is the Ghetto Museum. It has plenty of displays about the life of Jews while they were in Terezín. Artists lived here, sculptors, poets, every man from every walk of life were imprisoned here, as long as they were Jews. This museum has plenty of artifacts, photos, and videos that documented the lives of the prisoners. 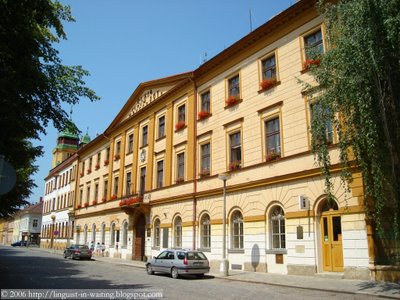 This is the town hall. Nothing special or historical about this, at least, that I know of. 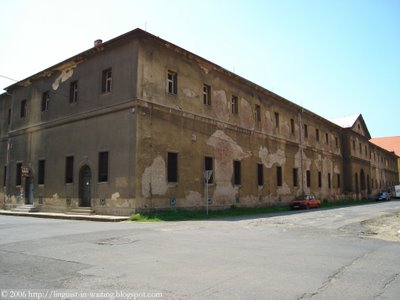 Except for a few buildings here and there, most of the buildings in the town of Terezín are ruins, like these. A plaque at the front said that this building has been standing for at least a hundred years. And in case you didn't know, Terezín was formerly built to ward off the attacks of neighboring countries back in the earlier centuries. There is actually a moat that surrounds the whole town. So even without the Nazi factor, Terezín is a chilling sight. No wonder very few people, except those that cater for the tourists, live here, because who would want to live within a prison camp? 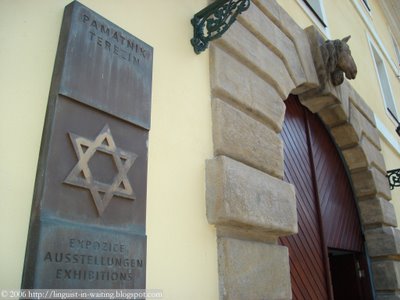 This is the entrance to the Magdeburg Barracks. There are plenty of exhibits of the cultural life of the Jewish prisoners here. There is also a reconstructed dormitory room which shows the cramped living situations of the prisoners. In case you haven't deduced it yet, taking photographs inside the museums are forbidden. If they were not, by this time, I would have posted tons of photos here to show what I am saying. 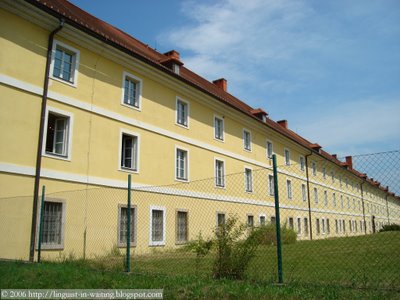 This is the Magdeburg Barracks from the outside. It is recently repainted, but the building has been standing for more than 50 years now. 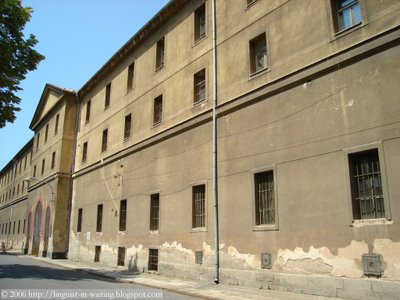 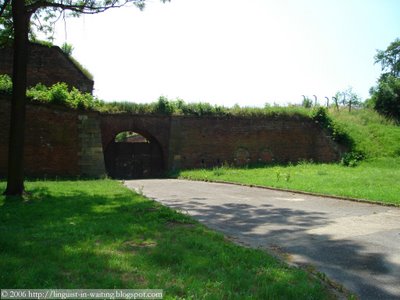 This is a portion of the old wall. The whole wall is somewhat octagonal in shape, and have varying levels. There are tunnels within the walls, and one of them actually is open for tourists to wander about, as long as they are not claustrophobic. 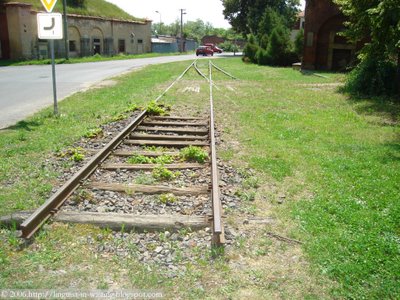 Finally, the remains of the train tracks that connected Terezín with the other concentration camps of the Nazis around Europe. The prisoners were loaded into cramped freight cargo hulls and shipped to different areas, such as Auschwitz, only to be gassed. You know what happens next.