As I said before, Terezín is a town that was once a fortress. And due to the thick walls, there are plenty of things to do within the walls. People designed the walls to have tunnels in them, to have rooms in them, and to have death laboratories in them. This post is about the Columbarium, the place where the people process their dead. 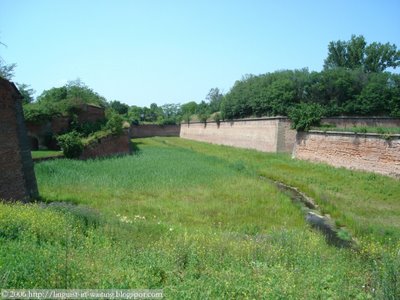 As you can see, the walls are thick, and so they have made use of the space to do their stuff. The Columbarium is on the southern part of the town, away from the centre. 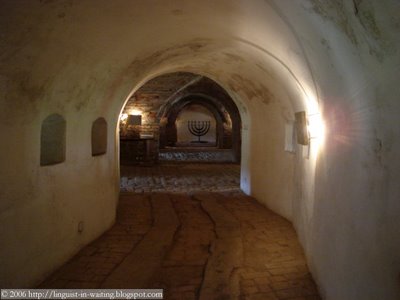 This is the entrance to the Columbarium. There are plenty of rooms, and every room has a purpose, all with regard to the processing of the dead. If you notice the paved strips in the middle of the pathway, that is for the carriage that goes inside and goes outside that carries the dead. 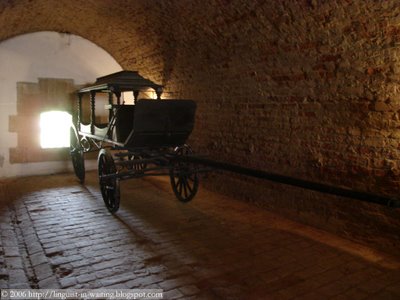 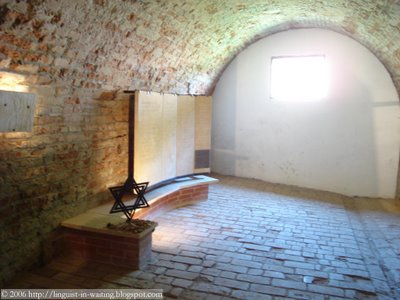 This is a small memorial dedicated to the victims of World War II. 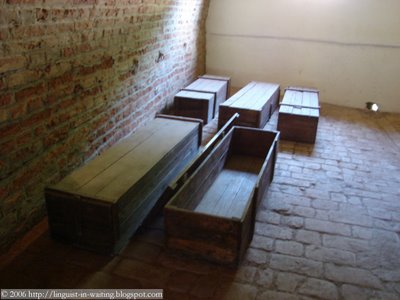 These are the temporary coffins that were used back then. The lids are detachable because the coffins are recyclable. With the tremendous amount of people dying every day, there was just not enough wood to make one coffing for every person. So they decided to recycle the coffins instead. 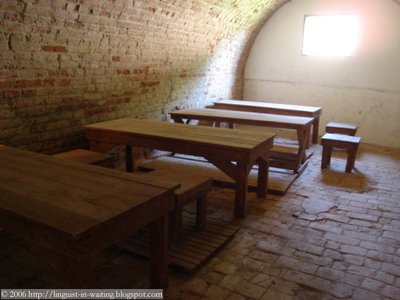 These are the tables where the dead are processed. They are washed in order to be reay for cremation later on. 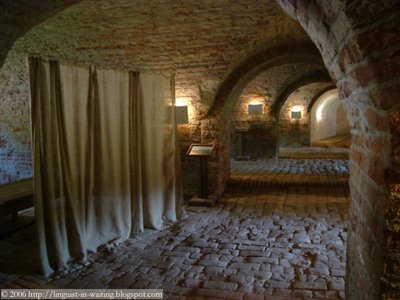 The curtains provide the minute amount of modesty that was given to the dead. 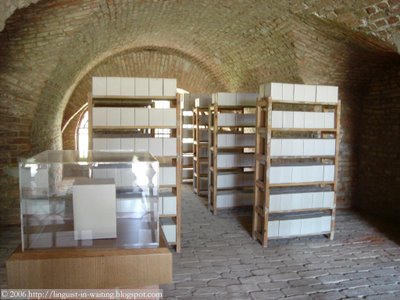 Finally, the ashes of the dead are stored in small carton boxes like these. Those who were identified were buried at the nearby cemetery, but once the spaces for the burials ran out, they just kept the ashes in these small boxes.