On to the interior. If you have a vivid imagination, and are not too keen on looking at pictures of human cruelty, then I suggest you skip reading this entry.

You have been warned. 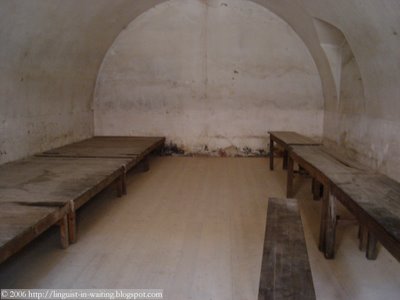 This is a typical room that is used as living quarters of the prisoners. The bunks are beds, and people just sprawl on top of them. By the way, this room is still luxurious, as the following rooms suggest. 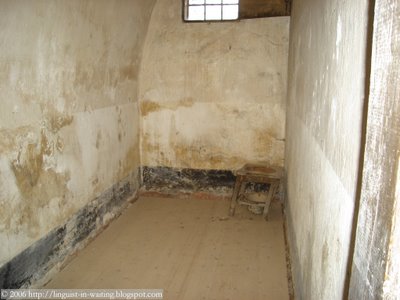 The lone wooden structure with a hole on the corner of this room is the toilet. 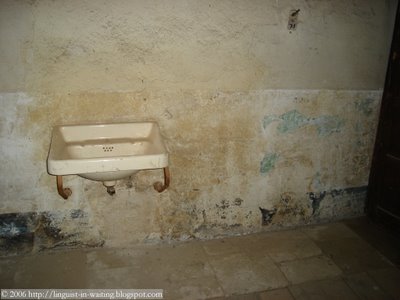 This is a wash basin. 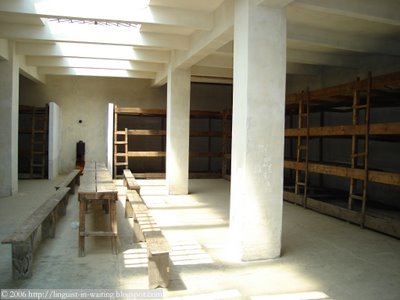 Remember that I mentioned that the room above was still luxurious? It was luxurious compared to this. This has multi-storey bunk beds, and people were cramped here for years during World War II. There is no electricity, just the natural light that comes from the holes at the roof. So you can also imagine when it would rain, and when it would snow. 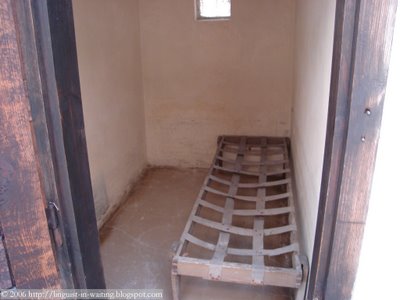 This is the room for solitary confinement. There is just a small window at the very top. 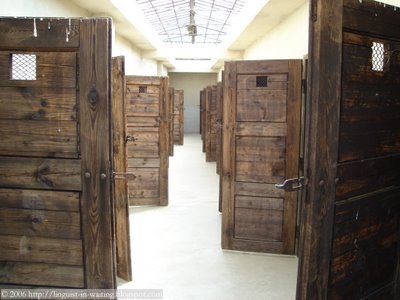 This is the hall where the rooms for solitary confinement prisoners are held. 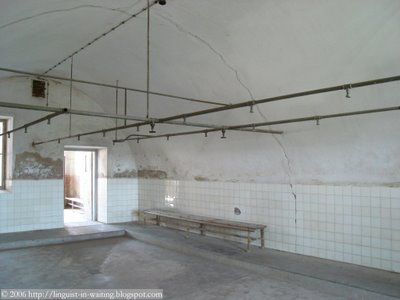 After exploring the outer rooms, I went to the inner rooms. This is a room that initially I thought was a shower. 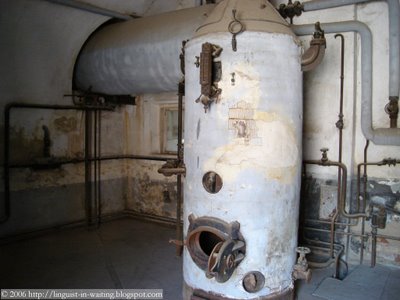 But then, this structure, found at the next room, was connected to the pipes. We know what its purpose is, now. This is the room where prisoners are being gassed. 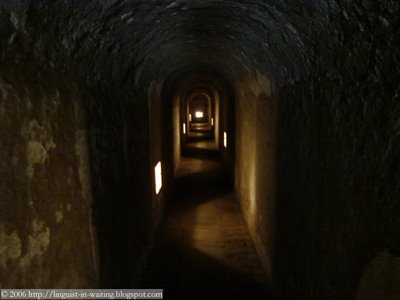 Tunnels were constructed within the fortress walls. I entered a 600-meter long tunnel (travel time: 10 minutes) and at the very end, I was surprised at what I saw. 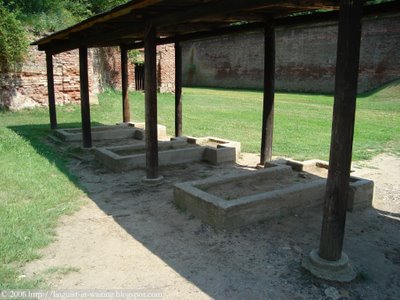 The end of the tunnel gave way to the execution site, upon which the prisoner has two modes of death: the firing squad, 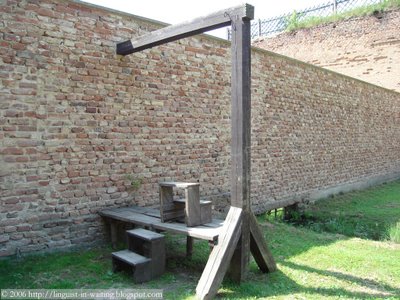