I realized that I haven't blogged about a theoretical topic recently. So for this entry, I decided to blog about something that is related to what I am working on, that is, natural language processing.

First of all, what is NLP?

NLP is a subfield of linguistics and artificial intelligence. It studies how human languages are understood, or processed, by its users, and it tries to model them. Although I do not work on NLP, my research on temporal semantics can be extended to NLP if I ever decide to do so.

So what are some of the research that people doing NLP do?

The research includes pronoun resolution, temporal interpretation, discourse resolution, among other things. But instead of boring my readers with these technical terms, I'd just introduce some of the linguistic puzzles that I have come across the web.

Finally, let me share the last of my Telephone Series for your enjoyment. 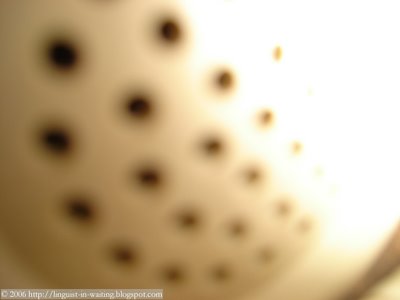