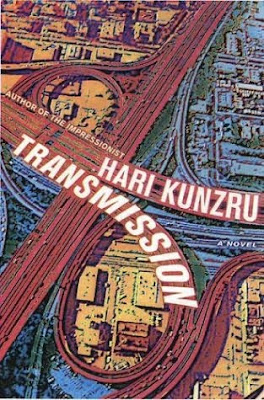 It's one of those days. One of those days when I finished a novel, and there are times when I want to know what happens next. I don't like reading a novel that seems to be just a window of the characters' lives, what goes on after the last page is left to the reader's imagination.

Anyway, so indeed I finished the novel about a Jamaican family who immigrated to London. The book is divided into four parts, and there are different narrators for each part, as the story progresses thru time. Anyway, it was good drama.

So now I picked up another book, a fairly new one, published three years ago. This time, it is about computer programmers, hacking, lay-offs, and the like. The character that has appeared so far is an Indian computer programmer looking for a job in New Delhi. We'll see what happens next.

So that's about 8800 miles away from the original position, settings-wise.

I wondered about how I pick up novels to read. I do select them according to the quality of the book, appearance-wise. I have been checking out books that are crisp and new, newly-bound. I just hate reading books that are tattered and smelly, knowing that plenty of hands have held the pages and read it. I know, it's a weird system. But I get good books.

I also pick novels depending on where they are set. I don't know, maybe it is a type of virtual tourism for me. I guess it satisfies my itch to travel. So now, I have a small idea of what life in Kingston is like. The book before that, I had an idea of what life in a British prison was like. And so on.

Speaking of travel, I've made some more necessary preparations for my travel this May. I bought travel medical insurance, which just cost me 13.20 USD. Better safe than sorry. I also bought a new backpack, since I don't have a backpack suitable for a daypack. In fact, the bag I use for school is actually more like a handbag, a weird coagulation between a women's handbag and a duffel bag. Actually, I got this one from Taipei, one of the memorabilia that I got from my first business trip.

I also bought a memory stick for my digital camera, which can contain 2 GB worth of pictures. Since I am not bringing my laptop with me, I need a rather big stick to contain my photos, and I know that the current one that I have, a 512 MB one, will not suffice.

Finally, I bought a money pouch. Just to be safe. Many people have images of kidnappings and muggings in South America, and I am not ignoring them. I am just exercising my common sense.