I see the light at the end of the tunnel.

Yesterday was horrible. I was still sick, I was tired, and I still had to deal with students that wanted more. But after everything was over yesterday, I went home by hitching a ride from a friend that lives nearby, and plopped in bed for a good 11 hours.

I was sick this whole past week, but fortunately, I seem to be on the bright side starting today. I haven't taken any medication starting today and yet my whole system seems to be doing fine. Good sign.

So let's see what happened last week: I contracted a cold, starting the Friday of the week before, and I developed an eye infection around Wednesday. Also known as pinkeye (in the USA) or sore eyes (in the Philippines) or Madras Eye (in India), conjunctivitis is basically an inflammation of the conjunctiva. My right eye was bloodshot for two days. Fortunately, it didn't spread to the left eye, which is rare. Usually, people get it on both, simply because they rub the eyes with the same hand.

I remember one of the myths about this, that this is apparently passed to other people by staring at them. How ridiculous.

Anyway, both the cold and the eye infection phased out by Friday, and today, I am full power again. And I didn't want to prematurely exert effort, so yesterday night, I just went home and rested, instead of going out and partaking in the Buffalo nightlife. Too bad, because some friends of mine who are in a band were performing last night. They call themselves The Tongues, and they are composed of musicians from different parts of the world: The Tongues is composed of a Brazilian, an American, a German, and a Russian who is a native of Sakha (Yakut), a constituent republic of the Russian Federation. And guess what their logo is? In their posters, they use this photo. Check it out.

So yeah, I missed their performance. It was supposed to be a blast, and people have been raving about them. They performed yesterday in Nietzsche's, a well-known music bar in downtown Buffalo. Anyway, like I said, last week was simply a case of bad timing.

Some good news: a friend of mine successfully defended his Ph.D. dissertation in Mechanical Engineering and Fluid Mechanics early this week. He was a postgraduate for the last couple of years in Imperial College London. I first met him in Japan. Originally from Belgium, he was a high school exchange student and he happened to be exchanged to the high school that I was attending back in Osaka. It used to be called Ashiya Minami Senior High School. It was a public high school run by the prefectural government. Now, I have heard that they turned it into an international school, and a Google search produces their website from the Education Ministry. Check it out here.

So anyway, yeah, I met him in Japan, and we kept in touch, and he moved to London, and now, he got his doctorate. That makes it real. If he can get one, I can get one too!

Oh well, daydreaming is a good thing, but if I don't move, nothing will happen. So speaking of moving, I am currently conducting my norming experiments since last Thursday. I already have about 25% of the necessary data at hand. People are still signing up for the experiment, and I will be conducting these until April 13, Friday. 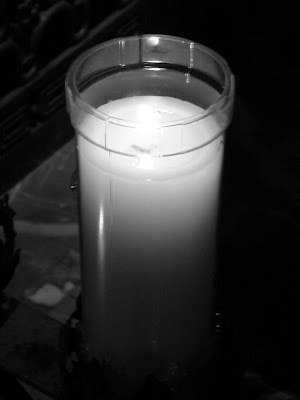