Ok, so it is Friday. It is also 420 Day. I haven't known the meaning of this until recently, and boy they make it a big deal here. I heard it on the radio in the bus, and in class, when the attendance was surprisingly low for the first few minutes, and I said, "Where is everybody?" And somebody replied, "Well, it's 420 Day."

Anyway, one of my classes are ending. Our last meeting will be this Monday. So after that, all I need to do for that is the final paper. I already have a topic and hopefully it will go well. Unfortunately, I cannot "pull a LIW" this time.

What exactly does the phrase "pull a LIW" mean?

Well, last year, I became infamous for submitting everything ten days before they were due. So everybody got rattled whenever I did that. LIW is already done with his stuff, oh no! So now, if I pass something on time, that is already late for my standards. And it has started to get back on me, because some people, especially my adviser, is picking on me about that. Anyway, that is what it means to "pull a LIW".

I also finished processing my data from my norming experiment. And it seems that I have what I need for the real experiment this June.

One interesting thing caught my attention in the data.

So for an item that has a high probability of being ordered, like 1), it is always unidirectional. But for this marriage and having a baby, it is always either-or. And I guess that if I did this task before the sexual revolution, then I would also get a unidirectional result.

So, here is another picture from Niagara Falls in the Winter Series. Enjoy. 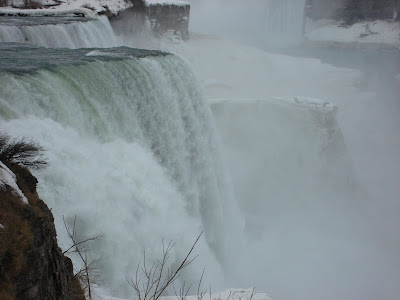