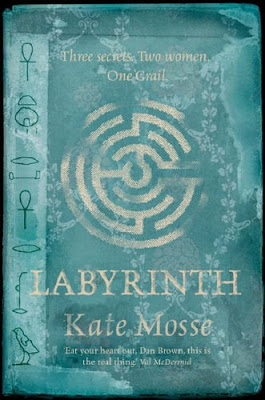 Well, my stay here in Manila is coming to an end pretty soon. It was a whirlwind stay, at the very least.

Manila didn't change much after two years of me being not around. True, some establishments appeared and disappeared, but nothing much changed. The fares went up. With regard to my former university, a couple of new buildings have been constructed to accomodate the academic growth.

So, I arrived here on the night of May 29. Immediately after exiting the airport terminal, I could feel the humidity. It is like a weird vaporous vortex of some sort, enveloping one's body, looking for someone who feels fresh, and immediately will suck the freshness out of oneself. One will then feel sticky, and would want to jump into the shower immediately after just taking one.

I've seen some friends, old and some not-so-old. People moved away, moved out, and moved on. Some of my friends already have families. Some of the older people who I know still seem to be unable to grasp the fact that my family is all over the place and not functioning as one unit. Still some cannot grasp the fact that I am earning my own buck. Some thought that I am getting financial support from the parents. Some also thought that I was living with my parents. Bizarre.

I met someone who I used to go to the same high school. The last time we saw each other was 1995. 12 years ago. We had a long chat, coupled with a few drinks. Catching up the twelve years that have passed. Now, he is a frontman in a local band, doing some gigs and trying to be famous, while working full-time in the corporate world.

I saw my cousin's family, including his kid. He can talk now. And surprisingly, he can recognize me.

My parent's house is in various grades of disrepair. From things like the toilet bowl to the kitchen, things are in a way, falling apart. I guess that is due to the natural state of affairs, coupled with the fact that the owners aren't living in the house at the moment. Entropy at its finest.

Some people here are just to lacking of respect and social grace. I met someone through my sister who is like that. She was supposedly a good friend of my sister's. But not of me. But every time she sees me, she asks me to buy her lunch, or a coffee in a posh coffee shop. Why? Just because I came from the United States, does it mean that cash flows like water there or is easily picked up from the sidewalk? I don't even know the person!

I also met some close friends, or rather, formerly close friends. I guess the physical separation just makes the glue loose. He has two children now, and even though he got married a couple of years ago, I never formally met his wife.

I also am wrapping up my experiments. I am 99% finished with the task. I have been going to my former university almost every day now, conducting my studies. Everyone has been great and cooperative. Tomorrow, I will be giving my first of three lectures that I will be giving in return for the access to the students for my participants.

There are things that I definitely missed here, such as the buzz of the city, the movement of the metropolis, and small things such as the homegrown chocolate that I can buy for 1.00 PHP each, bananas wrapped and fried with sugar, my dose of soybean curd and molasses with tapioca balls, among others. I missed commuting to school for one hour, even though it is indeed tiring. And of course, I missed the company of the friends that I left behind.

But there are also things that I definitely do not miss. Like the extreme humidity that I alluded to earlier. I also do not miss the water shortage here. I do not miss the fact that water trickles to a stop in daylight, and only comes back strong in the evening.

Oh well, I finished my experiments, and currently I am encoding them for data processing. Oh, I also finished my book that I was reading before, entitled The Master and Margarita, so I am giving it to a good friend of mine, who is interested. We talk quite frequently over the phone and I am amazed at how her never-ending laughs come out. We quite have some good sense of humour together. I don't know what it is about her, but anything I say, even if it is very mundane, will be funny for her. Not that she is a psycho or anything, she just has some good sense of humour.

So I went to the bookstore the other day, and bought two books for pleasure. I'll tell you what the second book is when I finish this one, but this one is entitled Labyrinth by Kate Mosse. I guess it is similar to Umberto Eco's Foucault's Pendulum (which I have read two years ago, starting in the plane from Manila to San Francisco) or Dan Brown's The Da Vinci Code. Funny because I will be reading the same genre again while I am in a plane on my way to the United States.

Oh well, I better keep going, and finish my final preparations for my lecture tomorrow. In the meantime, here is another of my Old Fort Niagara Series. This shows the barren winterland in the fort, after a thaw. 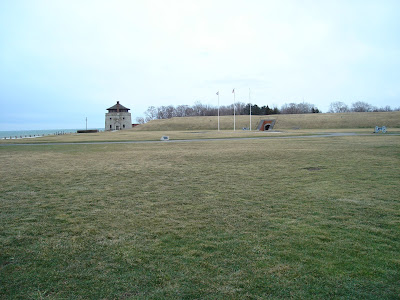