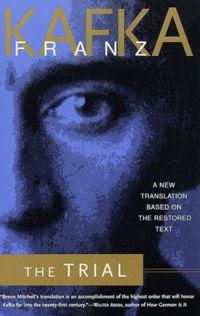 I haven't updated my blog yesterday due to the fact that I am out of town for the weekend. And I didn't plan to update this today but I happened to have a couple of minutes to spare and so here I am providing news again to my dear readers.

So, what's new in the life of LIW?

I went to the doctor last Thursday. Well, I guess I have been briefly mentioning the fact that I had a cold on my previous entries. Well, the thing is, it started last June 29 with a sore throat. This was the day before I flew back to Buffalo. And that was also the main reason why I had a huge earache when I flew, because again, my nasal passages were blocked and my Eustachian tube wasn't able to equalize the pressure.

Well, being Asian, my usual approach to colds was just to take in Vitamin C and it will go away.

On the second week, I had bouts of severe coughing. Really severe, to the point that it felt like I was turning my windpipe inside out. But it eventually subsided after a week.

But, still on the third week, nothing seemed to be improving with regard to my clogged nose. I blow my nose every 20 minutes or so, and I always get stuff out. Nothing seems to be changing, when a friend of mine suggested that I finally see a doctor.

So, okay, that said, I phoned the Student Health Services and set up an appointment. I went last Thursday, and the doctor gave me a "strange" prognosis. She told me that I had "strange" symptoms.

Anyway, the doctor prescribed some heavy-duty decongestant. She also prescribed an antibiotic to heal my sinus infection, which I have, also an ear infection in the right ear, caused by the sinus infection as well. Finally, she also recommended a nasal spray.

Good thing I had insurance.

So there, I am taking drugs for ten days. And so far, things are improving. The color of the stuff I am blowing out of my nose is improving, as the doctor predicted. And I can breathe easier now through the nose, meaning, it's not as blocked as before.

My oh my. I think I am starting to feel old. After all, 25 is the quarter-century mark eh?

Anyway, enough of that talk. I finished my former novel, and now I picked up a classic novel to read. Franz Kafka's The Trial. When I was in Prague, Kafka gazed from every bookstore. I never touched a Kafka book until now. I guess back then, it was too surreal for me. Kafkaesque as they say.

Last week, a couple of travel guide books I ordered arrived in the mail. I am so excited! I am going to start planning my next trip for the upcoming summer! I know, I am such a control freak, I plan my vacations ten months in advance. Well, the destination is still a secret, but let me give my fans a hint: it is in the Southern Hemisphere. One thing is for sure though, that there will be tons of new photo series in this blog when I come back.

Ok, I better go, since I need to wake up early tomorrow. But before I go, here is another shot of my Quito at Night Series. This is the illuminated domes of La Compania de Jesus. This was the first view of nighttime Quito that I saw, when I was in the van that picked me up from the airport when I arrived at night. When I passed by this one, I just couldn't help but say "Oh my!" 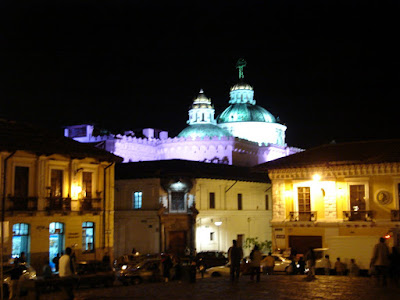