I have two of my three classes on Tuesdays and Thursdays. I just loved the surge of energy that I had yesterday, when I attended my first class at 9:30 in the morning.

This was the Advanced Statistical Methods 1 class, offered by the Psychology department. I came in the room a bit hesitant, slightly afraid, fearing that I will be lost in the topic, due to the fact that it has been ages since I did some hardcore math. But, after a few minutes, I realized that the long-lost mathematical skills that were hiding in my subconscious mind were still accessible, and that I was still able to follow, and sometimes overtake, my professor in the statistical calculations.

One thing is certain though, this is a class that would require plenty of notes. I already filled 6 pages of my notebook with calculations from a class that runs for an hour and a half. And the pages are filled with sigmas (both upper and lower cases), mus, rhos, and other Greek letters. I also bumped into terms such as population and sample means, variants, standard deviations, summations, correlations, and covariants. I'll stop recounting them, or else this entry will sound too geeky.

So that was my morning. In the afternoon, I attended the planning meeting for my Field Methods class. We are working with a Dagaare speaker, but unfortunately, his car broke down so he wasn't able to come. Anyways, we already figured out our regular meeting times.

Finally, I had my third class, which is a seminar on Typological Properties of Mesoamerican languages. I already went to the library and picked a language group, namely, the Totonacan languages. So this means that I will be the one doing the exposition on Totonacan language with regard to the different topics that we will cover in the class.

For today, nothing much has happened, due to the fact that I only attend the undergrad class that I TA, but aside from that, nothing. I had my dental appointment early in the morning, and that was the first thing I did. I was again given a clean bill of dental health. No cavities, no holes, no serious condition. It felt really good afterward.

Some of you may remember some social drama I had recounted last semester. Well, it still is going on, to a lesser degree. I do not talk to the person anymore, except when society dictates it that I should. However, if I can flush the person out of my system, then I would.

The other day, I found a paperback novel in my department mailbox. I know I have lent it to someone, but I do not remember who. I completely forgot about it. But if it was returned to me, then I am grateful.

Then, the person came into my office, and started a conversation. It went like this.

Person: Did you get your book?
LIW: Oh, so it was you who I lent it to?
Person: Yeah, but I didn't ask for it anyways.
LIW: Wow. That's like saying you bought apples in the market but you didn't want it in the first place.

The person then leaves.

His argument may be valid, but not after eight months of having the book. I remember lending the book to him last year, in December. Now if the person didn't want it, then why wait until now?

Oh well, I don't have time for this drama. Especially this semester. So hopefully there won't be any more developments to this. 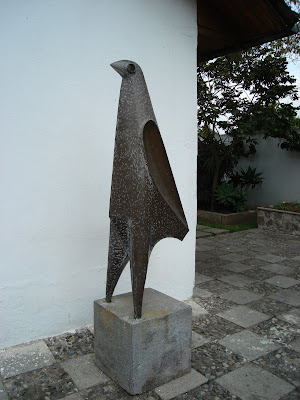