Basking in the Big Apple: Day 2

I was with my roommate for the whole day. We left New Jersey by car at around 9:00 AM, and after an hour, we reached Battery Park City. This is a park in Lower Manhattan, where the ferries going to Liberty Island and Ellis Island depart. We then got in line to buy tickets to see Liberty Enlightening the World up close and personal. In case you didn’t know, that is the official name of the statue.

There were plenty of people, and we could hear plenty of languages spoken around us, from Sinhalese to Dutch to Korean. After an hour, we finally were able to board the ferry that would take us to the island. But before that, I took pictures of The Sphere. This is a sculpture that was originally located in the courtyard of the Twin Towers. After the disaster, this was discovered among the rubble. It was hardly damaged except for a few bumps here and there. It was then relocated to Battery Park, and together with an eternal flame, it is displayed here. 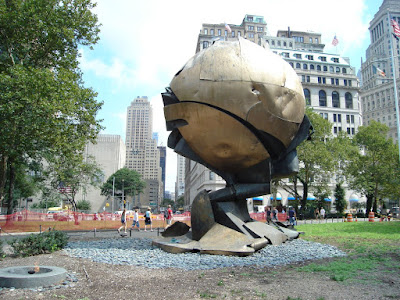 We then boarded the ferry, and it took only fifteen minutes to get to Liberty Island. The ride provided great views of the skyline of New Jersey. 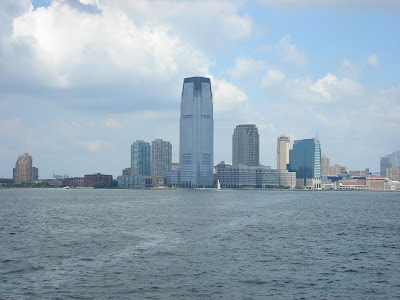 Finally, I was able to see the lady, up close and personal. I was able to shoot photos of the statue from every available angle, from her face, to her front, even her armpits. Here is a shot. 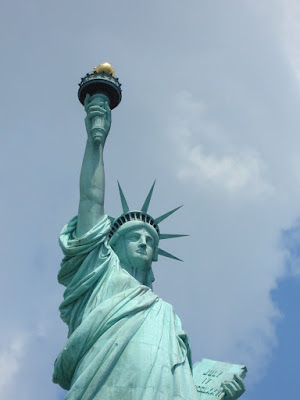 After spending quite some time in Liberty Island, we got hungry. So we ate lunch there. We had some packed sandwiches with us, and the island provided some rest areas for us to eat in.

I was a bit frustrated with the island, due to the fact that I wanted to climb the statue, but I couldn’t, due to the fact that I needed to secure a time pass way in advance in order to do that. And my guidebook didn’t tell me that. That’s what happens when the attraction is too popular. Anyway, I guess it wasn’t meant to be climbed by me, if that is the case.

So we proceeded to Ellis Island. This is the second stop of the ferry, and this is the island that used to process immigrants in New York City before they were allowed to the mainland. It now houses the Museum of Immigration. There were plenty of exhibits that detail out the lives of the immigrants a century before, and how their plight were of extraordinary proportions. Unfortunately, the amount of visitors rather diluted the emotions that were supposed to accompany the visit.

After Ellis Island, we boarded the ferry again to go back to Manhattan. We then strolled along Battery Park and took photos of the World War II Memorial, together with the giant bird. 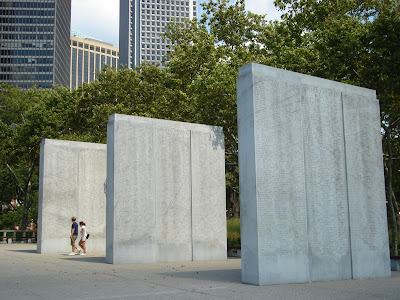 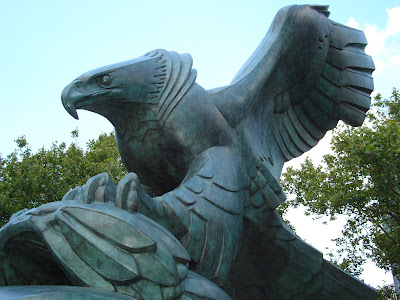 We then made our way to the US Customs House. Now, it houses the Smithsonian Museum of the American Indian. One good thing with the Smithsonian Museums is that entrance is free. The exhibit in this museum aren’t plentiful, but the thing to be looked at here is the architecture and the interior design of the building. Here is the shot of the amazing ceiling. 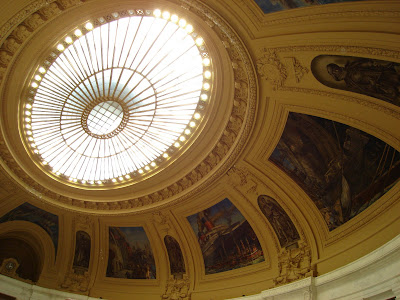 Then, we walked over to a small intersection near Broadway and Wall Street, and saw the Raging Bull, a statue that is a landmark in this area. Look at the bull’s testicles, and see how shiny they are, due to the fact that people often touch it. 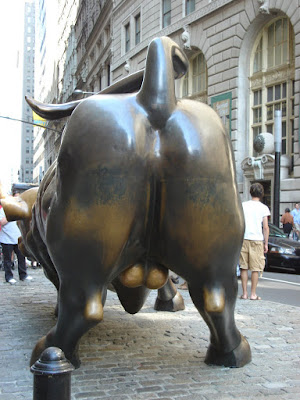 We proceeded to the World Financial Center. This is a collection of office buildings that are connected by an enclosed walkway. They provide great views of Ground Zero, but I won’t show you those photos since I already showed one yesterday. Instead, I will show you a photo of the Winter Garden, which functions as the atrium of the whole complex. Sometimes, concerts are held in this place. 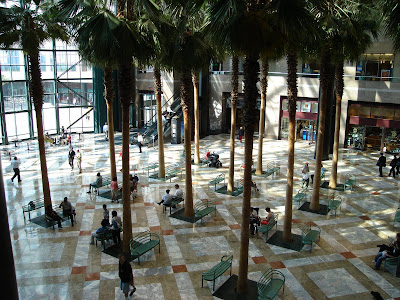 After that, we walked to the Irish Hunger Memorial. This is a portmanteau of earth, grass, and rocks, all imported from Ireland. One can go inside the structure and take pictures. 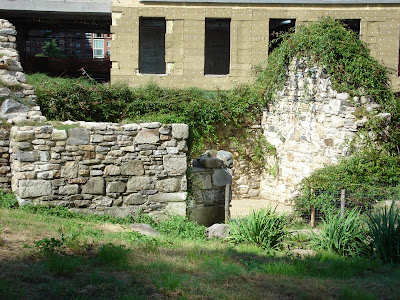 Then, we walked over to New York City Hall, and proceeded to the entrance of Brooklyn Bridge. I just had to cross this bridge by foot. So I spent twenty minutes and there I was, walking over the wooden planks of this historic bridge. 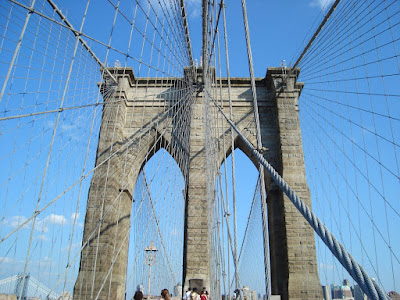 After that, we strolled along a couple blocks in Brooklyn, and then we found a metro station, and realized that we were tired already. Thus, we boarded the metro to Port Authority again, and boarded the bus that goes to New Jersey.

So there you go, my second day in the city. Stay tuned for the third day, whose highlights include a tour of the UN Headquarters Complex, a visit to the Solomon Guggenheim Museum, a walk inside the city’s Grand Central Terminal, a view of a Gutenberg Bible in the New York Public Library, and seeing Atlas do his thing in the Rockefeller Center. In the meantime, enjoy another dose of my Ecuadorian Flora Series. 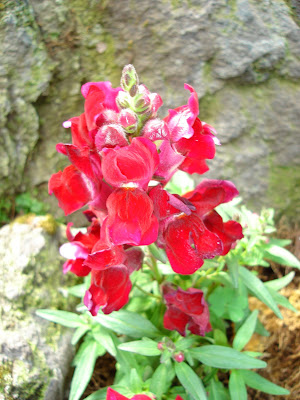