Basking in the Big Apple: Day 3

I was alone for this day. Which was a good thing because I was meeting a good friend today for a lunch date and I didn’t want a third wheel with me. Anyway, I was dropped off to Ridgewood Bus Terminal, near where I was staying, and took the bus that would take me to Port Authority Bus Terminal in 42nd St. in New York City.

I arrived in Manhattan about 10:30 AM, and immediately, I headed east on 42nd St. My destination was the United Nations Headquarters. On the way, I passed by one of the famous buildings in the city, the Chrysler Building. 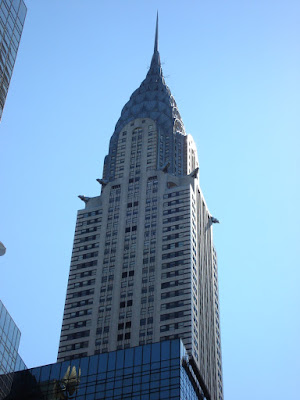 I also passed Grand Central Terminal and the New York Public Library, but since I planned to go there in the afternoon, I didn’t stop and take photos in the morning. I wanted to tour the UN Complex before 1:00 PM since I have a lunch date on that hour.

After walking eastward for about 15 minutes, and passing Tudor City (viewers of the Bourne Ultimatum may recognize the location), I finally saw the complex. But before that, I saw the Isaiah Wall. 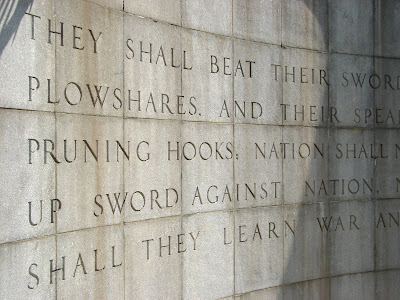 Contrary to popular belief, the Isaiah Wall is NOT a part of the United Nations Complex. It is a fixture of a small park in front of the UN. And no, not all branches of the UN features the Isaiah Wall.

Then, I saw the flags streaming in front of the buildings. 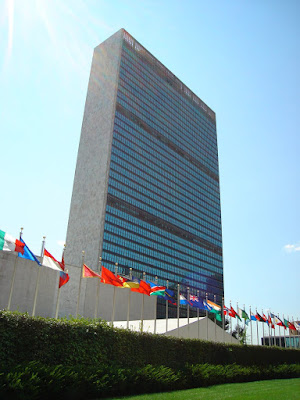 I entered the complex, of course, by passing through security. I was amazed at the diversity of the people working in the UN. The security guard that took my backpack when I checked it in asked me if I was from Nepal. I told him, no, I am from somewhere more eastern than that, from the Philippines. He then told me that a lot of people tell him that he is from China, but he is from Pakistan actually. Come to think of it, he has slanted eyes, so I think he has Turkic ancestry. He struck me as someone from Central Asia, like Mongolia.

Anyway, I got in, and joined a tour of the UN Complex. I saw the different halls, and our tour guide was from China. It seems that the guides personalize their tours based on what they wanted to say to the visitors. There was another tour guide, and he was explaining things that our tour guide weren’t explaining to us, and vice versa.

Of course, Nicole Kidman’s movie The Interpreter surfaced in the tour. Some visitors asked whether things depicted in the movie were true or not. The tour guide explained the facts, and the fiction as well. Here is a picture of the Security Council. 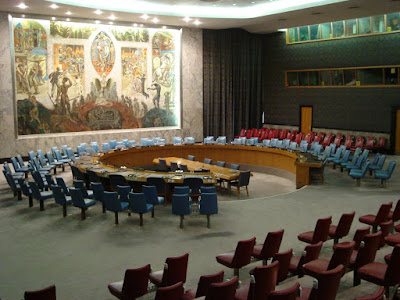 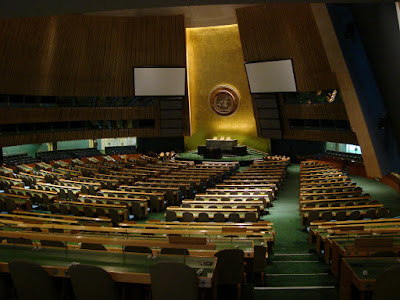 My tour guide explained the translation procedures in the UN, and how there are 6 official languages used (English, Spanish, French, Russian, Chinese, and Arabic). She also explained procedures in selecting the Security Council members, and how ambassadors are seated in the General Assembly, among other things. All in all, it was fun.

After that, she also explained certain gifts of member nations to the UN. The gifts range from statues to wood carvings to different works of art. After that, I went to the gift shop, where products of different member countries are sold. Nothing caught my eye, so I went out, and took photos of different sculptures with a peace theme in the garden. Among the sculptures that I saw was the bronze man-pounding-his-sword-into-a-plowshare, but that part of the garden was closed. I only took a photo from afar. 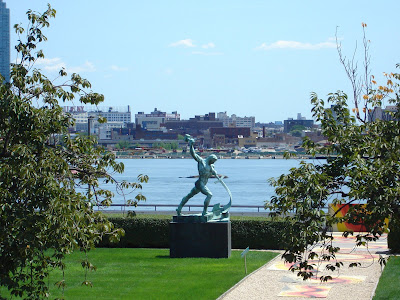 The following are shots of other sculptures. 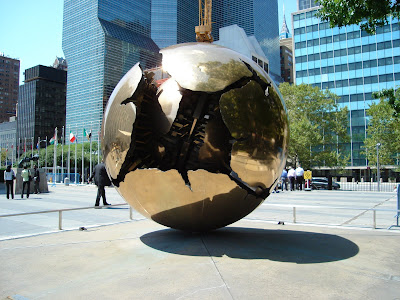 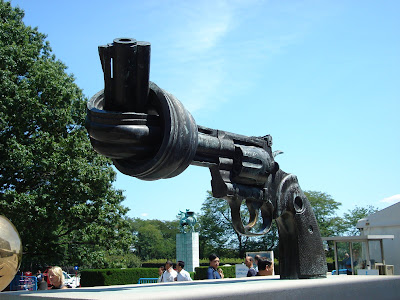 After that, I caught a cab from the UN Complex to 6th and 48th Streets. This is the corner of the Rockefeller Center. I took a cab because I know that I would be late if I walked. Then, 10 minutes later, I saw my friend Candice, and you already know what happened.

After lunch, I proceeded to the Solomon Guggenheim Museum. This is a modern art museum, and unfortunately, they are renovating the exterior. I say “unfortunately” due to the fact that the exterior is famous for being avant-garde. But I couldn’t take pictures of it since it’s covered with scaffolding all over. I only took photos of the interior, but still, I cannot take pictures of the displays. Thus, my pictures from this location were just restricted to the interior design of the building. 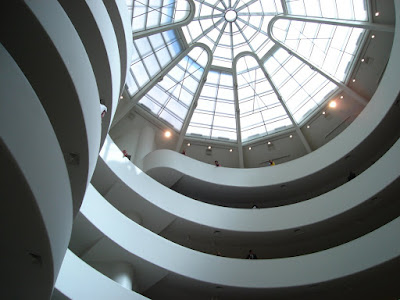 After that, I took the metro and then I proceeded back to the Grand Central Terminal. This is a beaux-arts building, and the ceiling is covered with zodiac designs. Here is a shot of the majestic interior. 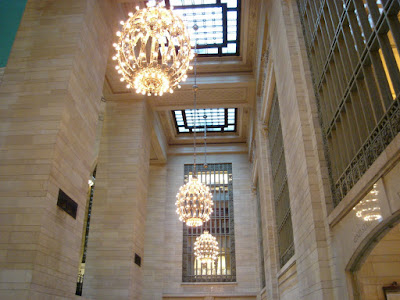 Then, I proceeded to the New York Public Library. If you watched the movie The Day After Tomorrow, this building played a big role in the movie. I entered this building, and took a look at the Gutenberg Bible. They have one copy that is protected by a bullet-proof case. I couldn’t even take a photo of it. Very valuable exhibit indeed. So instead, here is a shot of the interior of the library. 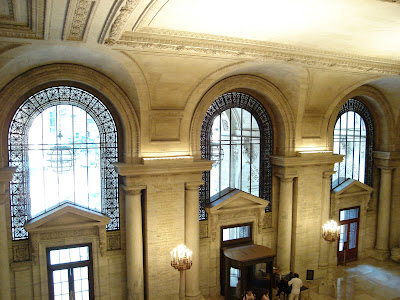 So that was my third day. Stay tuned for the fourth and final day, when I visit Times Square, watch a Broadway show, see Atlas doing his thing at night, and climb a skyscraper at night. Meanwhile, here is another shot from my Ecuadorian Flora Series. Enjoy. 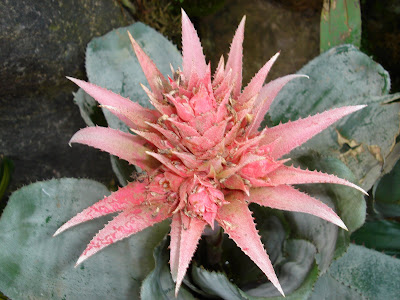