Basking in the Big Apple: Day 4

This is my final day in the city. In the morning, I just accompanied my roommate and his aunt shopping. They were shopping for supplies, like new clothes, new bags, new everything. So I was just there trailing behind.

But, in the afternoon, we went to the city again. We passed by Times Square. And there, I took photos of the famous intersection. Here are some of them. 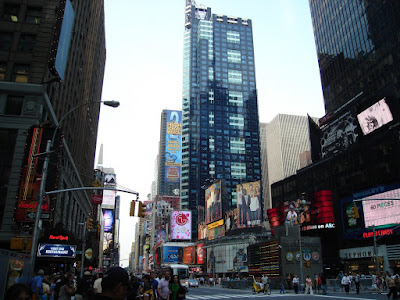 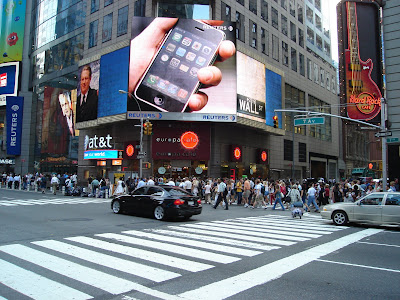 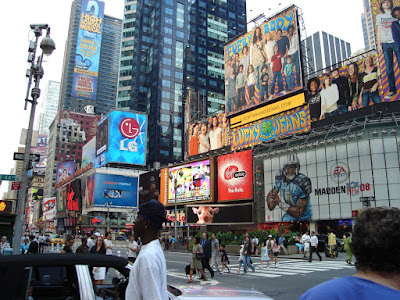 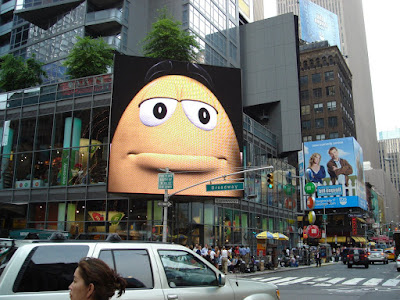 Then we went to the Tckts booth. This establishment sells tickets for Broadway shows at half-price. So we got tickets for The Phantom of the Opera. My goodness, the show was amazing. We were in the Majestic Theater, and although the theater was cramped (my Greyhound bus was actually roomier than my seat in the theater), the show was fascinating. I loved the way the sets were arranged, and how the stage mutated into different sceneries. 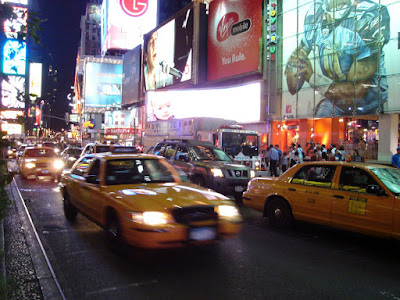 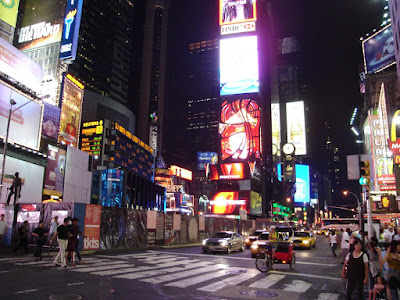 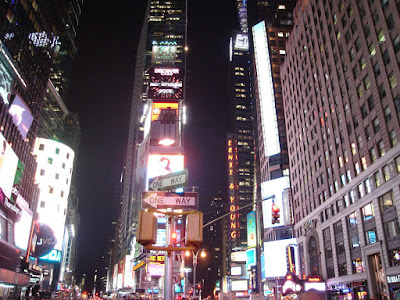 My goodness, everything changed once darkness set in. The lights, it was dizzying, it was dazzling, it was hallucinating. It was a different experience.

After that, we went back to the Rockefeller Center, and I photographed Atlas at night. I loved this statue, I could stare at this for hours. I guess the main reason is the fact that I have read Ayn Rand’s Atlas Shrugged. This symbol of a muscular man carrying the world in his arms strikes a chord. 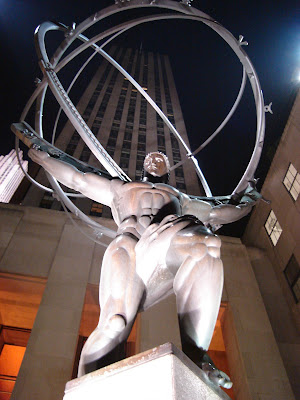 Finally, we went up the Rockefeller observation deck. It is officially called The Top of the Rock, and compared to the Empire State Building, it is better. Of course, the Empire State Building has more sentimental value to it, but the waiting room downstairs are stuffy, and the observation deck isn’t too spectacular. Plus, there are plenty of people trying to get in. If I want a view, I’d get it at the Top of the Rock instead. It is less crowded, it is more intimate, it has a club feel to it, and it has a better lobby. The glass panelings are larger too, and there are even al fresco viewing at the very top.

Here was where I took some of my night shots in New York City. Unfortunately, I didn’t have a tripod with me. So, some of my shots were a bit blurred, due to the fact that I needed more exposure time since it is dark. But I managed. 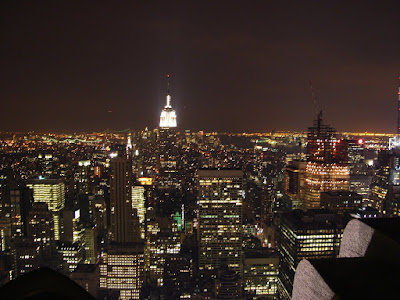 There you go, my first trip to New York City as a tourist. I don’t know when I will be back, but it was perfect. I like leaving the places I have been to with a feeling of wanting to go back. It gives me more satisfaction, rather than finishing the whole place and seeing everything. I guess I am just playing games with my mind, but that is how I think of it. There are plenty of other things that I wanted to see, but wasn’t able to. So is there another time? Maybe, maybe not. At least, New York City didn’t lose its charm for me.

So, that ends my series of entries for my New York City visit. Back to Buffalo, back to school, back to reality. I’ll see you all next time. Oh, and here’s another shot from my Ecuadorian Flora Series. Imagine sitting on one of these. 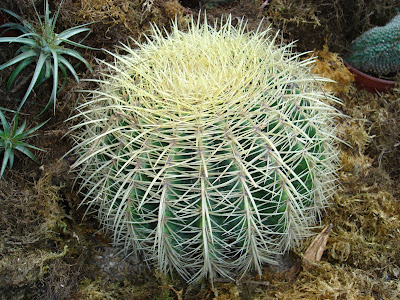