The other day, a friend of mine hosted a dinner party. So there were seven of us, partaking in some excellent alternative cooking (by “alternative”, I am evoking the scenario where the ingredients and the cooking methods seem to be purely random, yet the resulting dish still tastes great) and some beer and/or wine. Since it was the beginning of the semester, it was a way of taking a little bit of time off and enjoying ourselves, before the pressure of the whole semester comes our way in full force.

So we were there, sitting at the dinner table, and conversations ranged from the recent conference from the CS department, to the upcoming conference at the Linguistics department, and about the private lives of professors. There were plenty of talking points, such as the quirkiness of the Romanians, and how importing raw beef from Canada simply isn’t possible over the border, and how Romanians love their miscellanous sausage, among others.

Two of the seven people in the group are actually engaged, so there was some sort of relevance. She then displayed her rock, and the other two women in the group gazed at it wide-eyed. I just wonder why do people gaze at the rock in the woman’s hand, when they could gaze all they want if they enter a jewelry store? I also restrained myself from mentioning whether they have watched “Blood Diamond”, since I know, that wouldn’t be tactful if I do that.

One of my friend’s idea of a honeymoon was just spending a week in a beachhouse, stacked full of goods that would last them the whole week. Or spending a week in a farmland in a picturesque part of the country. I was thinking about it, but it was too idyllic for me. Not my type of honeymoon.

For me, I’d rather go on a week-long trip to Cambodia. My ideal honeymoon would be exploring temples and tombs in Angkor, doing the Lara Croft thing. Hopefully, she would be as enthusiastic as I am when I mention this idea.

Oops, I forgot I don’t even have a fiancee.

I guess I caught myself daydreaming again. Well, gotta go back to reality, but before we all do that, here is another one of my pictures from my Ecuadorian Flora Series. Enjoy. 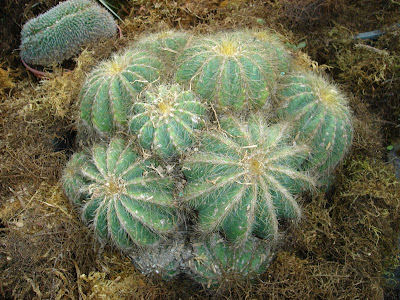