Some Raves and a Music Meme 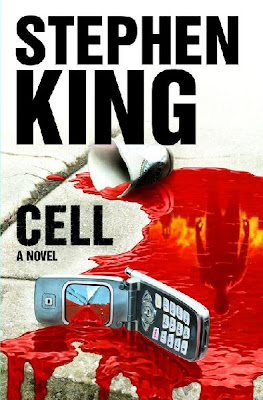 I was tagged with a music meme by Duke, so I am taking this opportunity to respond to that.

But before that, a little bit of blogging material.

I finished my previous book about a genius baby with an IQ of 475. It was an amazing read. Wow. I didn't realize I just started it last Wednesday and now I am done with it. The author had some wacky ideas combining Nietzsche, Leibniz, Wittgenstein, Saussure, and other logicians, philosophers, and other thinkers. Even Ferdinand Marcos is a character there, which is indeed wacky. He keeps a bar and is a friend of a villain.

So there, I dropped the book in the library when I finished it, and picked up another one. Yes, I will be reading another Stephen King novel. Well, the last time I picked up a Stephen King novel was two years ago. This current one was I believe released last year. Hopefully it is good.

5 - You’re going on a long journey, what five albums MUST you take with you? Albums that you need to listen to regularly.

I love variety. So I guess that explains the varied selection I have above. If I were to embark on a long journey, then I would like to listen to different stuff, from classical music to electronica to Argentinian tango to rock.

4 - What four albums/songs do you most associate with a journey or travel experience? You know, the ones you listen to that instantly transport you back to a place and time.


Andrea Bocelli's album contains the song Con Te Partiro which was the official theme song of our departure from Osaka to Guam. A friend even brought a CD player to the airport and played it in the terminal while we were checking in. That was very memorable. Semisonic's album contains Closing Time, which was my high school's graduation song of the year. Utada Hikaru's album contains its eponymous single which brings back memories of living in Japan. And finally, the not-so-known German band Ich + Ich released an eponymous album in 2005, which contains the single Du errinerst mich an Liebe, which was the song that was played the most in the German MTV when I was spending a vacation in Vienna two years ago.

3 - Your three favorite songs of all time?

This is a hard one. I already have listed here what my favorite music is, and I didn't want to duplicate it. So, I love Brahms' Intermezzo in A. I used to play it before, that piece being my showpiece. I didn't like the Romantic period, I preferred more the Post-Romantic period of Debussy and Prokofiev, but I can play Romantic music really well. Or a least used to. I loved doing rubatos. Anyway, this piece was the one that I played over and over again and never got tired of it, until I shifted my career path. Tiziano Ferro's single back in 2005 is also a favorite of mine. Sometimes, one likes music simply because one cannot understand what it means. Finally, A-Ha's reunion single is also in the list, due to its melancholy. Some trivia for you: in this song, vocalist Morten Harket holds a note for 20.2 seconds, which is a record.

2 - Two feel good songs, the ones that are guaranteed to lift the blues and put a smile on your face.

These two people are awesome. They just sing feel-good songs that would make you want to sing with them. If anyone can sing like Jason Mraz, I'd be a fan.

1 - Absolute, overall, undoubtedly the best album of all time, in your opinion.

No doubt about it. I picked this one rather than their all-singles album due to the fact that the singles in the other album were edited, and is not the original version. This one on the other hand is a remastered version of their four first albums. The best band ever and the best female vocalist ever.

Ha! So there's my answer to the meme. I am not tagging anybody, but in case you guys decide to do this, holler over to me so I can see your answers.

There you go, so before I go, here is my latest addition to my Ecuadorian Flora Series. Another fabulous orchid species. 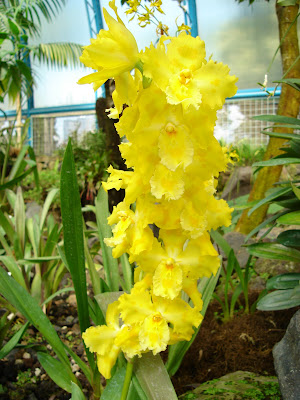