The Butterfly Effect or the Gaussian Distribution

The past few days has made me contemplate on the philosophical topic that is embodied by the title of this blog entry.

The world where we live in is a very interesting place. No wonder universities have been erected in different parts of the world, to study every bit of it.

Yesterday, as I was walking from my apartment to school, I saw a flock of birds flying in formation heading south. I guess there were about 30 of them, flying in a V-formation, but with the right leg a bit more extended than the left leg, thus, making a giant checkmark moving across the sky. Every bird was of equal distance from the other bird, both from the one in front of it and the one behind it. I guess they were about a foot apart from each other, but I cannot be sure. They were also very precise in flapping their wings, flapping them up and down in unison. I was staring at the sky for quite some time watching them cross the sky that I didn't realize I was in the middle of the street and a car honked at me.

I guess the world is normal and has order. And human thought tries to model it, assuming things like the Gaussian distribution and the Central Limit Theorem. Humans like to assume that the world behaves in a predictable way, that things have inherent order. Thus, in statistics, one assumes that the population that one is studying has a normal distribution. But if this assumption is not made, then everything crashes.

On the other hand, not everything in nature is normal. Watch the behavior of molecules in a microscope, for example. Especially gases, when the atoms are very dynamic, and they move in unpredictable dimensions.

Humans tried to model unpredictability as well. That's why we have Chaos Theory. That the world around us is simply unpredictable. I guess this is best illustrated by the notion that a butterfly flapping its wings in one side of the world may cause a tornado on the other side of the world.

I guess the contrast between order and disorder can be mirrored in human behavior as well. People want order. People form lines. People form laws. People form orderly societies where everyone follows a set of rules as a responsible member of the society.

On the other hand, the same set of people also engage in disorder. People engage in violence. People rob you at gunpoint. People shoot civilians in protests. People shoot other people at random.

Even if one don't use radical examples like that, the fight between order and disorder can be evident in other facets of the human existence as well. Take music for example. There was a time when people valued the mathematical precision of music theory, such as in the Classical Period, when composers like Beethoven and Mozart wrote highly precise works, complete with formulas on chord progression, the sonata form, among others. And a few years later, there came the movement where disorder took the center stage, when major and minor keys were discarded for the atonal system, pioneered by composers such as Schonberg. Indeed, there is order and disorder in every aspect of human existence.

Indeed, the world we live in is interesting. What we have is a world which is a stage for the battle of two physical forces that may well in fact be dominating the whole universe, the force of order versus the force of disorder. Normality versus chaos. The Butterfly Effect or the Gaussian Distribution. 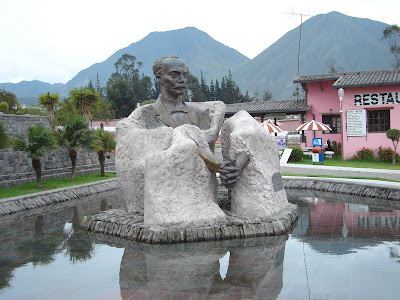