Apparently, my post a couple of days ago caused a stir in Central Europe. I had learned that there are people in Central Europe who follow my blog with a religious fervor, always checking it every morning and evening, even the comments, as to whether there are updates or not.

I usually do not mind when there are fans that are interested in my life. However, I do not like it when they jump to conclusions.

Why is it that I get these reactions from my Central European fan base? Don't they see that this is precisely the reaction I get from them which prevents me from disclosing my personal thoughts? Isn't it really, superbly pathetic that I need to have a blog so I can write my personal thoughts and then for them to read it? Why do I have to have a medium?

Because they made it hard for me to disclose my personal thoughts.

Whenever I would attempt to disclose something, I would get a reaction that I do not expect. Like jumping to conclusions.

I am not a tabula rasa anymore. I know what things I need to avoid, better than ten years ago. I know that I shouldn't touch a stove when it is hot or else I will be burned.

I am not a puppet. I am not a doll. I am not a computer program. I am not a robot. I am not a participant in a mind-control experiment. I am a human. And humans come with free will and independent thought. Humans think. Humans analyze. Humans rationalize. So for once, let me think and protect myself.

Take my earlier post, for example. I was simply blogging about a regular bodily function. It is a regular and normal reaction for a human male to be attracted to a human female. It is utter hypocrisy to deny that this stuff happens.

I guess my Central European fan base doesn't realize that I am human too, and I am capable of these thoughts and feelings. I guess I always was seen as the safe child, the one who keeps to oneself, the one who is kosher, vanilla, halal, mild, GP, medium, or whatever safe choice you have out there.

But, come to think of it, why did I not show a "dangerous side"? Simply because I felt like I was under duress.

There were times when it was better to shut up rather than insist the truth, or else I was threatened to be kicked off the car in the freeway. I was supposed to satisfy the demigods rather than show independent thought. Because by default, I am supposed to be wrong and they are supposed to be right.

So, to avoid conflict, I decided to just act kosher, vanilla, halal, mild, GP, medium. Just to avoid a conflict.

But deep under my skin, I am still a human. Just another human. 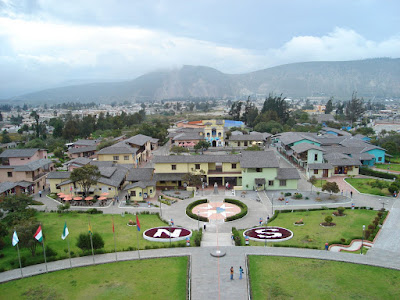