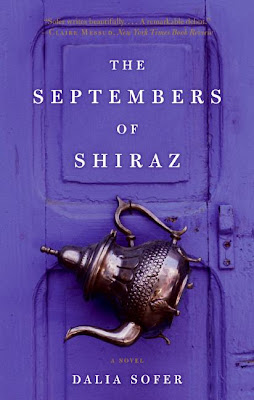 The temperature is slowly descending, day by day. I got out today with just a leather jacket, and when I got out of the building this noon, it was a bit chilly. I am not sure whether I like it or not, but it does seem to provide a feeling that time is passing by. I guess I appreciate this fact, since I had the experience of living in a place where the weather is more or less stable every month.

I finished reading my Ayn Rand novel the other day. It was a good read, rather philosophical in nature, but controversial as well. So, today yesterday I started on another one, entitled The Septembers of Shiraz, by Dalia Sofer. This is about a Jewish family in Iran, and it is set around the time just after the Islamic Revolution, two years after that, actually. So this is more of a drama of how a family struggles to survive a regime.

I actually found this book in Amazon.com, when they sent me their periodical e-mails about new books out. I was quite interested in the novel, and I searched for it in the university library catalog. However, I realized that the library didn’t have a copy, so I sent a purchase recommendation. They were good in complying with requests, so a few weeks later, I found it in the catalog, and I checked it out. So far I am enjoying it.

Tomorrow I have a meeting with my adviser about my work. Hopefully, after this meeting, I will run the statistical tests and write about it. And hopefully, it will be in time for two possible conferences I might submit an abstract to. I’ll blog about the details of that later.

I might not go to Manila this summer to conduct my experiments. The reason for this is because I still may not need to do it at this moment. My current academic goal is to finish this qualifying paper by the end of this academic year. Then. after that, ideally, I should start working on my thesis proposal for the whole year, and so, I should only go back and conduct the experiment after I defended my proposal. So, I guess I would not be going to Manila for the upcoming summer.

I have a long meeting again tomorrow, since this is the second of two long meetings where we get to decide who gets money and who does not in a certain research foundation, since I am a member of the review committee. At least I get free pizza in the process, and I get to rest my soul after that by watching a dance performance.

Speaking of this dance performance, I was initially thinking that I wouldn’t attend this one, but a friend of mine convinced me otherwise that I would be missing on a possibly once-in-a-lifetime opportunity. This is because it is the Georgian State Dance Company that will be performing tomorrow night. They are from the Caucasian country of Georgia (not the state in the southern United States) and the Georgian dancers are just famous for their acrobatic male performers coupled with the graceful female performers. And I might not have an opportunity to see a unique performance any time soon, unless I find myself in Tbilisi. So yeah, I bought a ticket and so that will conclude my day tomorrow.

So there you go, the latest quotidian events in my persona. 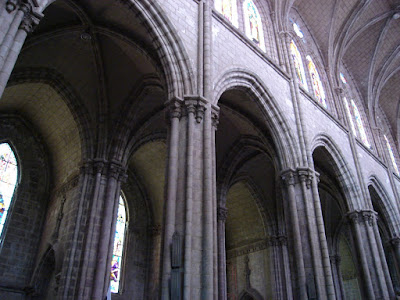