There seems to be a perennial attraction installed in the human mind with regard to beaches. Plenty of people I know love to go to the beach. Even when I was living in the Philippines, my friends looked forward to going “swimming,” not even the beach, but even in a pool. That is worth an excursion already.

Is it because the weather is typically hot? But can’t we just go in the shower and take a cold bath? Isn’t it the same thing as getting wet?

I never understood beaches. My family usually is the beach person, while I preferred the heights. I preferred mountain climbing and hiking than the water.

I have a friend that is getting married in the near future. And guess where they want to go for their honeymoon? In the Greek islands. Again, beaches.

But I do have to admit, there is some mysterious attraction that beaches give to its visitors. But I am very picky if I were to pick a beach to visit. I don’t want a crowded beach, since that isn’t a recreational spot, instead, that would be a fashion show. People would show off their balanced tans and toned bodies. People would show off the results of their frequent visits to the gym, and women will stare at men and men will stare at women. Maybe if I have an ideal body, I’d change my mind, but for the moment, I’d rather cover up.

The November/December issue of the National Geographic Traveler came in the mail today. The magazine is featuring an article about the world’s best islands. Now that is appealing. Beaches may not be appealing to me, but islands are. Now they are not the same thing, although most of the time, whenever you are in an island, you will be in the proximity of a beach.

The article ranks the Faroe Islands as the world’s best island. Very remote, and not a lot of visitors. And the natural scenery is spectacular. Check out the cover of this magazine’s current issue and you’ll see what I am talking about.

Speaking of the Faroe Islands, I knew of someone who almost went there a couple of years ago. The thing is, the Faroese have a language that is slowly dying, due to the fact that Danish is more commonly used, and the younger generations move to Copenhagen and not stay in the island anymore. Ah, too bad, another language will rest in peace pretty soon. 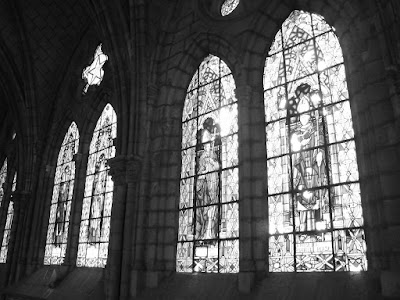