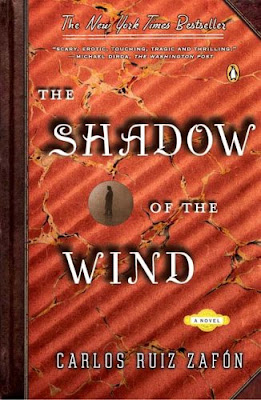 I finished reading my novel yesterday, entitled The Disinherited by Filipino-American novelist Han Ong. And in short, I was disappointed.

But being the person who finishes books even if I don't like them, I continued reading it until the end. But, in the end, I still didn't like the book, for a number of reasons.

First of all, I did not like the portrayal of the poor people in the Philippines. I am from the Philippines, and I am familiar with the lay-out of Manila, thus, when I was reading this, I could comprehend and see in my head the story where it progresses geographically. I could not say that I come from a poor family, and I definitely have no experience being a street urchin. I do realize that there are people like that in the Philippines, yes, but the fact that the novel emphasizes it in the whole book, is slightly unnerving. I do not understand why this book seems to emphasize that all poor people in the Philippines sees the United States as their savior. It paints a picture in which all the poor in the Philippines wants to escape to America, and that all their problems will stop if only they could get their butts to America. For me, it was a huge display of colonial mentality.

I also was displeased with the portrayal of the Philippines as an exotic location who happens to be the haven of pedophiles. I did not like the fact that the Philippines was portrayed to be a place where the sex offenders of First World countries such as the United States and Australia board airplanes in hoards and frolic with the boys in the Philippines. It may be true, yes, but it doesn't happen just in the Philippines.

Maybe the reason why I didn't like the book was because the Philippines that the book portrayed isn't the Philippines that I got to know. Maybe I am just fortunate not to know that side of the country. In that case I should be grateful that I only experienced it vicariously through the book, and not physically by actually living it. However, I still think the book didn't do justice to the country.

It may be a realistic novel, but the newspapers are realistic as well. If I want to read about street urchins robbing middle-class people, I might as well read the newspaper.

So, I returned the book to the library after finishing it, and I picked up another one. This new one is entitled The Shadows of the Wind by Carlos Ruiz Zafon. A friend of mine loaned me this one. Hopefully, this is of a different brew. 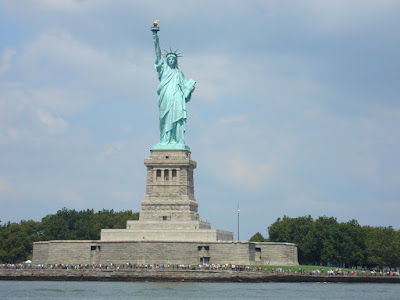 (Facing the lady slowly, from my Statue of Liberty Series)