I am back. And I am here to write my trip report.

So I left on Monday, December 17, 2007. I had the early morning US Airways flight out of Buffalo, that departed at 6:15 AM. I thus needed to be in the airport two hours before that.

Now here’s the problem. The day before (Sunday), there was a snowstorm in Buffalo. I shoveled my driveway three times, and upon waking up on Monday, I shoveled it once more. So, I was so worried that my flight would be delayed, or even, canceled. I actually braved the snow and went over to South Campus in order to set up mobile flight alerts so that I would know the status of my flight.

But, apparently, nothing has changed. So I had my alarm clock at 3:00 AM, and the night before, I requested for a taxi to pick me up and take me to the airport at 4:00 AM, and since I already packed, I was good to go.

The roads were awful. Snow everywhere, and the snowplows haven’t done their job yet. Anyway, 15 minutes later, I found myself in the airport, and I have checked-in successfully, using a self-service kiosk. I thus clutched my boarding pass, and went through security. Then, indeed, there it was, my plane. It was unbelievable. It was still snowing outside, yet we boarded, swiftly, and after de-icing, we took off.

An hour later, I found myself in Ronald Reagan Washington National Airport.

I immediately saw my Russian contact (yeah, he is Russian) outside the terminal, and he took me to his apartment. We rode the metro, which was very sleek and modern, and later on, I was able to unpack my stuff.

I was there for a couple of hours. I loved the sculpture, the paintings, and the building as a whole. I took so many photos of artwork, which is because they don't bar people from taking photographs. Here is a picture of one of the rooms. 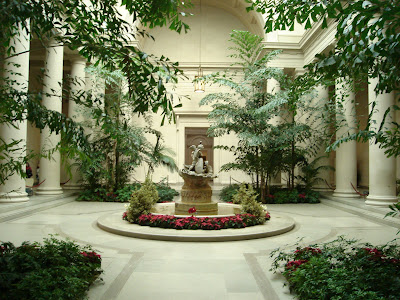 After that, I didn’t realize that it was already lunchtime, and so I just had lunch in the café in the museum. Then, I went to the Sculpture Garden and took pictures of the weird objects of art scattered around the place. This is a picture of one of them. 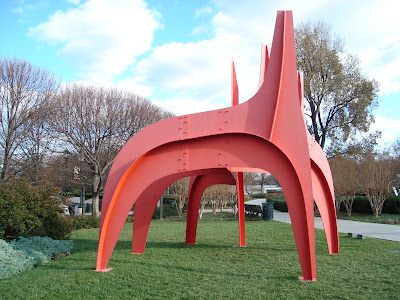 Then, I went to the National Archives. If you have seen the movie National Treasure (the first one), then this was the room where they took the document that they needed. I saw the Declaration of Independence, the Constitution, and there was one more but I forgot.

So, that was my first day, and for my next post, I will talk about my second day of my conquest of the US capital. 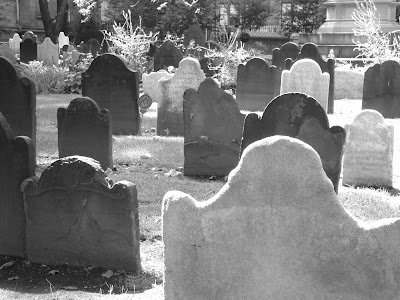 (Tombstones in black, from my Trinity Church Series)