On to the third day. For my third day, I started a little bit late. Or rather, I started normally, but then I got distracted and so I wasn’t able to move on. I’ll explain later.

I decided to go to Union Station as a starting point. This is a grand beaux-arts building, and upon ascending from the metro station underground, I could definitely see why. The lines, the columns, the ceiling, everything was just so amazing. I took plentiful of shots here, and here is one. 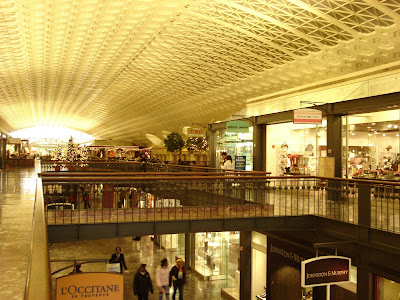 So Union Station is a train station for Amtrak. But it has plenty of shops and stores as well. So there I was, walking inside, when I saw a bookstore. My impulse was to go inside, and go inside I did. And when I saw the travel book section, there I lost track of time. I was browsing the different Lonely Planet books for different destinations, including Andalusia, Mozambique, China, and plenty of other titles. I just cannot stop myself from browing them.

Anyway, so when I finally got to notice the time, I decided it was time to move on, and so I did. I walked heading to the US Capitol. I took photos of the office buildings along the way.

When I reached the Capitol Grounds, I stumbled along the Grotto. This is an 1879 hexagon structure with black-iron gates and an interior well. It was a little charming picturesque thing lying northwest of the Capitol. Here is a shot. 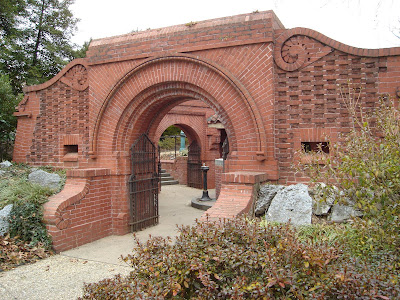 Then, I went to the visitors center for the Capitol, and got myself a free pass for a 12:15 entry. While waiting for the time, I went across to the pool and photographed the Ulysses Grant Memorial, which is the bronze collection of statues in front of the Capitol. Here is a shot. 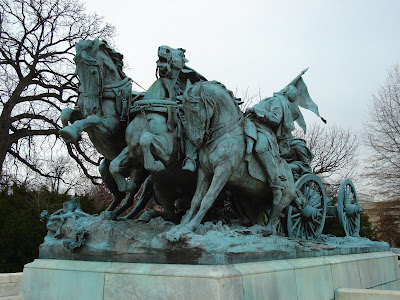 Then I went back to the line. While in line, I chatted with a Japanese family, who I thought was visiting from Japan, but apparently was living in Niagara Falls, Ontario, Canada. We ended up being together in the tour, and they flew in to Washington DC the same day as I did, which was last Monday. They also had the snowstorm the day before, and we all were enjoying the mild weather in Washington DC.

So we finally got in the Capitol. We first went inside the interior dome, and I took shots of it. But it the too big to fit in my frame, I personally do not think that I produced good shots in that room.

After that, we went to the Statuary Hall. This is where they keep the statues hailing from the different states whenever they are not displayed in the Interior Dome. Here is one shot of this room. 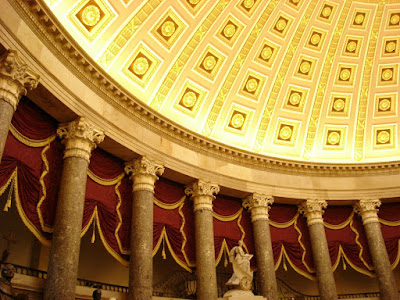 Finally, we went to the crypt. A white star marks the spot on the floor where all of the streets of DC radiates from. Thus, if one walks around that spot, then one effectively has been to all four quadrants of the city.

After that, the tour ends. So I went outside and went to the next building. The United States Supreme Court. I went in, had my backpack searched, and took photos. The building is grandiose, as expected, and I took plenty of shots of the grand lobby. They were offering court lectures but the next one wasn’t until 45 minutes after my arrival, so I decided to opt out of it. I also went to the exhibition hall underneath, and also, I took some shots of the spiral staircase. This is one of them. 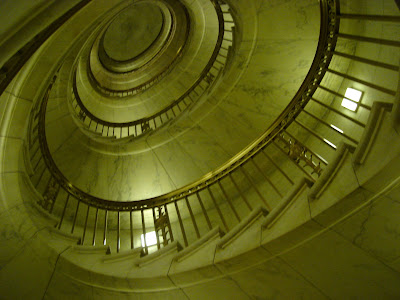 Finally, when I saw everything that I needed to see in that building, I exited it and moved to the building next door. The Jefferson Building of the Library of Congress. The whole library is housed in three different buildings, and I only visited one of them. This is a beautiful building, and the interior is even more. The thing I liked in particular was the illusion that was produced by the pillars and the way they were lighted. It seemed that they were floating instead of holding the ceiling up. And the paintings in the ceiling was just unbelievably amazing. Here is a shot. 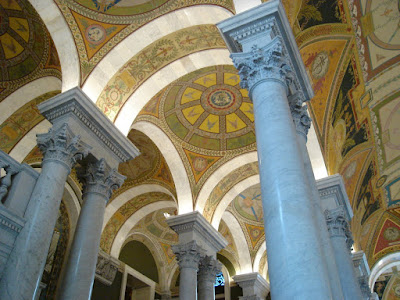 So that concludes my third day. Up next, I will tell about my excursion to Mount Vernon, and also the time where I felt like I was five years old again. 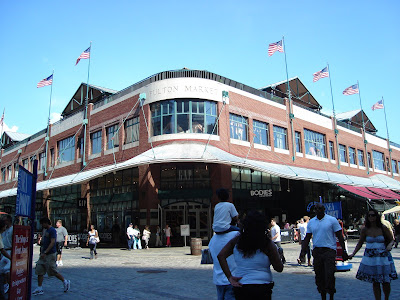 (Fulton Market, from my Pier 17 Series)