First in my stop was the Hirshhorn Museum and Sculpture Garden. This is a building that looks like an alien spacecraft parked on the National Mall. I guess it is appropriately designed, because its contents are modern art.

I loved the collection of this museum. I was spending hours admiring the weird stuff it has in it. The reason I love this is because most of the time, I do not understand modern art, although I like the concept. But sometimes I do not know what goes on in these artists’ heads that they were able to devise these structures and objects.

But for this museum, I seemed to understand what the motive was.

One particular thing I liked was a video that was thirty minutes long. It was called "Der Lauf der Dinge", or in English, "The Way Things Go". It starts with a garbage bag twirling in mid-air, and this triggers a domino effect on daily objects arranged in a warehouse. Then, things trigger another, and it continues on for a full thirty minutes. It was hilarious watching the whole thing, which I did.

There was also a light installation, made up of white light, a circular crystal beam, and a blank wall. It created optical illusions that were so amazing I photographed a number of them. This is one of my shots. 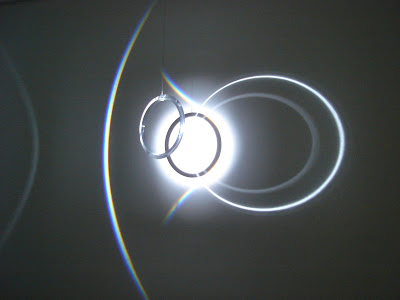 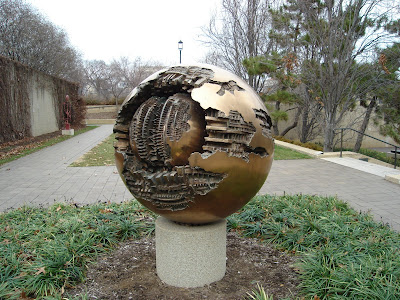 There are plenty of other things that were curiously amazing, but narrating them in a blog wouldn’t do justice to them. One should simply go out there and see them for themselves. But one thing that I want to talk about was a video art by Jill Miller. This was a very hilarious video, whose description you can see in her website here.

Anyway, I found myself hungry after touring the Hirshhorn Museum and Sculpture Garden. So, since I was near southeast DC, I decided to walk down 7th Street and head over to the fish wharf. The fish wharf is the most amazing seafood joint in Washington. It is just a collection of shops next to the Potomac River, and of course, their fishing boats coming from the Atlantic. You order over there and you can be pretty sure that the lifeform you are about to consume was just enjoying the last moments of its life underwater a few hours ago.

So, there I headed, and I ordered an oyster sandwich and a cup of clam chowder. I haven’t had oysters for the longest time, and it was sumptuously delicious. But the clam chowder was the best. Not like other chowders which extend it radically by over-adding potatoes. This was not the case.

Anyway, after my superb lunch, I went back to the National Mall and decided to work on the three small (compared to the other buildings) galleries. These were the Museum of African Art, the Freer Gallery of Asian Art, and the Sackler Gallery. All three are connected through an underground passage.

I started with the African museum and I was simply amazed of the Tuareg people and their cultures. It made me want to go to Mali and actually experience them (well, Mali is already in my destination list, it’s just that it isn’t in the top ones). I also photographed plenty of African artifacts, including masks, fertility dolls, among others. The following is a picture of one of them. 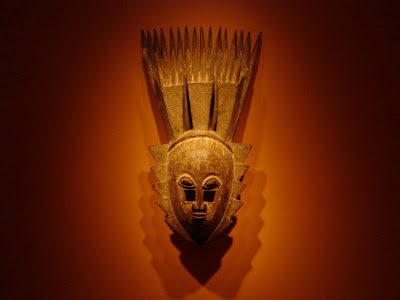 The Asian galleries on the other hand contained paintings and scrolls from China and Japan. I haven’t seen Oriental artifacts in a long time, after I departed Osaka, so this was quasi-familiar territory for me.

The following is a picture of a multi-armed South Asian god. 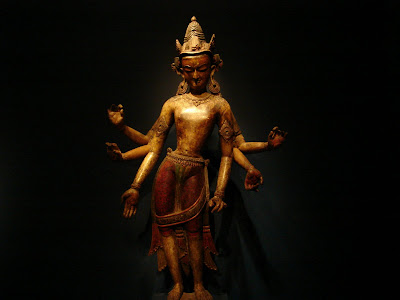 The following on the other hand is a photo of a Japanese temple guardian, made of wood. 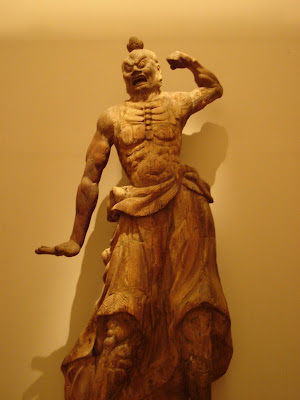 So that was my fifth day. I still have one day to go. Watch out for the conclusion of my trip in my next post. 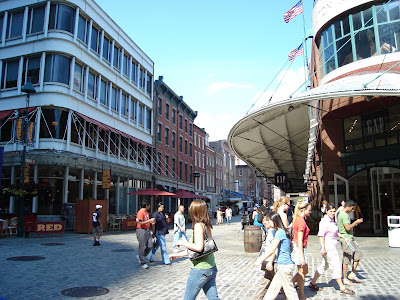 (Shopping streets, from my Pier 17 Series)