For my final sight-seeing day (even though I am not leaving until the day after, this day is my final day of frolicking all across the city, since the day after, I had a flight in the mid-afternoon and I just spent the morning packing, and I had lunch with my Russian contact), I decided to do the walk one more time. I once did it from Arlington to the US Holocaust Museum, and I guess I am doing it again for today.

So for this one, I started somewhere close to my lodgings. I started at Georgetown University. This is an old and compact university, unlike the one I am used to. They have plenty of ancient and photogenic buildings, such as Healy Hall. I don’t know what offices are in this building, but here is a picture. 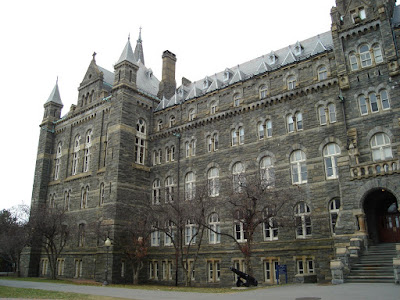 I then exited the campus from the south, and headed to Prospect St. Now, remember the movie The Exorcist? Remember the famous stairs? Here it is, in its reality. It is a steep staircase linking Prospect St. with M St. I haven’t seen the horror movie myself, but climbing up and down these stairs at night certainly is horrifying, since it is in a dimly-lit part of town. 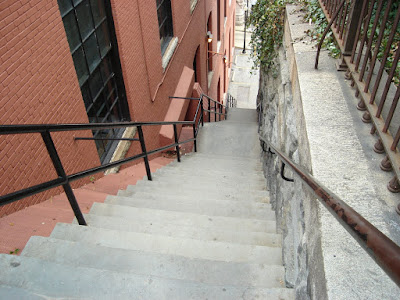 Then I crossed the Potomac River and went to the nearest metro station, to which I boarded heading to Lafayette Square. Finally, it’s about time I head to where the White House is.

So, upon getting off the nearest metro station, I worked my way to the White House. But before that, I decided I take a detour and visit the Renwick Gallery. This is a small (compared to the other Smithsonians, that is) gallery. It seems like it is a former mansion that now serves as a gallery. Anyway, it is said that this gallery houses crafts, but they are more arts, rather than crafts. It has beautiful exhibits, but I was more enchanted with the mansion itself. Here is a photograph of the second floor foyer area. 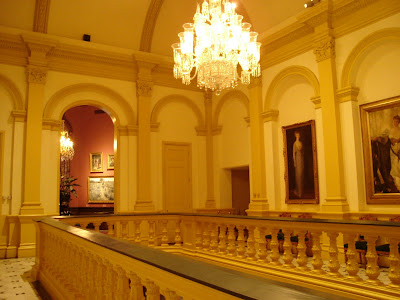 One curious exhibit though was Game Fish. This is a wall sculpture by someone whose name currently escapes my mind, but it is in the shape of a swordfish, but it is composed by so many different objects, ranging from forks to toothbrushes. So I thought it was amusing. Here is a photo. 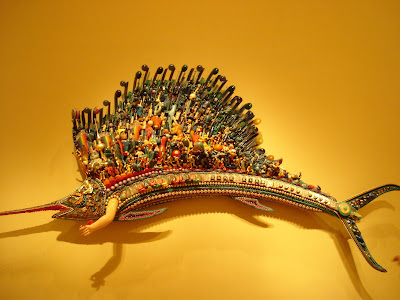 Another exhibit was a table full of glass that look like they are in the middle of being broken, melted, corroded, whatever verb of destruction you can think of. Here is a photo. 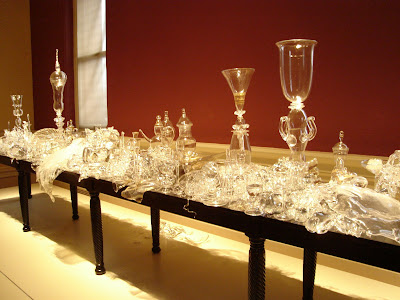 After spending a good time in the gallery, I decided to walk out. And there it was, in front of me, la casa blanca, in its full glory. 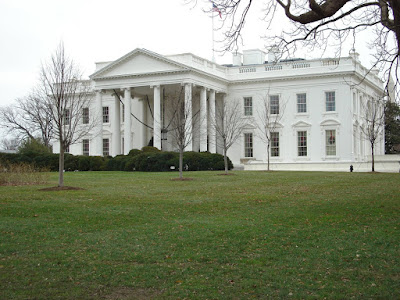 After shooting some frames, I walked to the other side of the building, and finally, I approached the Washington Monument. I was initially planning to climb it, but upon seeing the lines, I decided to just chuck it. Hey, I can survive without a view from the top.

After that, I went over to the World War II Memorial, which is right smack in the middle of the National Mall. It was supposed to be a nice moving memorial, and my camera should be capturing the images, but the amount of people just made it impossible to create a sombre image of the location. Here is a trial, I am not too satisfied with the result. 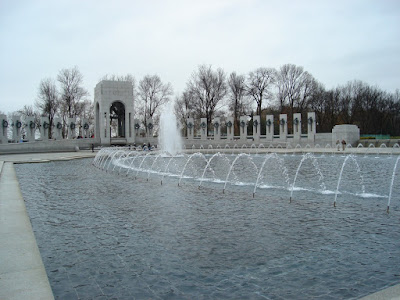 Then, I headed west, and I found the Vietnam War Memorial. First of course, I found the inter-racial statues. Here is a shot. 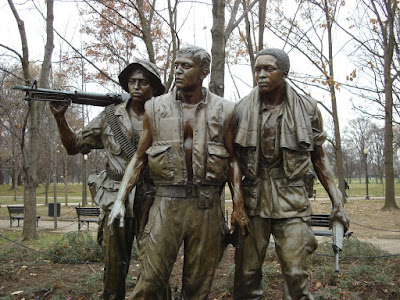 Then, I saw the wall. Of course, there wasn’t someone with my last name, even though I checked the books. I saw the names written in the black stone, and some had cards lying next to them, Christmas wreaths, and other memorabilia.

After that, I had lunch. Then, I headed off to my final walk. I decided to go to Dupont Circle metro station and do the Embassy Row. So, there I was, starting with Colombia, I took out my camera and took photos of the tons of mansions that now serve as the different embassies of various countries around the world for the United States.

This is the Embassy of Colombia. 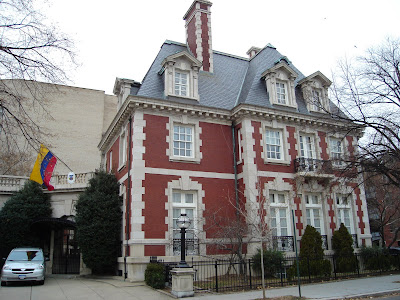 This is the Embassy of Croatia. 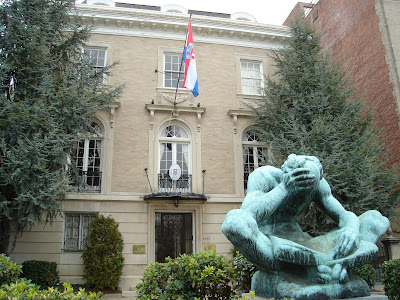 Finally, I reached the Islamic Center. This is a building, complete with a mosque and a tower, and there were green writings on the wall, that seemed to float. I spent a few minutes admiring the structure, and a guy called me saying Excuse me, my friend! and gave me a CD, apparently containing books about Islam. Here is a shot of the building. 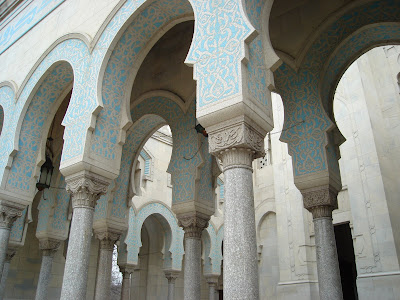 So that concludes my latest disappearing act. I have another one lined up, but that isn’t until 5 months from now. So stay tuned as LIW travels the world!

Wow, that final sentence really sounded like a cheap commercial. 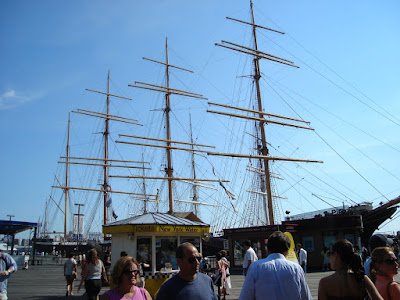