So I finally purged my computer and my back-up USB drive of anything related to Fall 2007. It was like getting an enema, only intellectually.

But like a physical enema, it was slightly discomforting.

So I meant to do that today, but then when I did it, something didn't go right. I copied the four new folders into the CD, but when the process was over, I couldn't read the CD. Good thing I copied the whole CD before writing into it again, or else I would have lost all of my work for the past 2 years.

So I ran to the bookstore, and bought another CD-RW. Maybe it was the fact that the CD-RW was old, and so it couldn't handle the data anymore. Or maybe it was the fact that the whole collection of data came up to around 550 MB, and it was getting close to capacity of the CD, which was 700 MB. So, I bought a new CD-RW for a dollar and fifty cents, and I copied the whole collection of files again.

Still, it didn't work. The Autoplay function of Windows kept trying to search for an Autoplay program in the CD, and since it was a data CD, naturally, it didn't have anything like that. And it took ages before the computer was able to read the CD.

At that point I gave up. I then went to the computer store on campus, and looked for other options.

So here comes this store clerk who asked me whether I needed help, to which I replied that I did. I asked him whether how long do those USB thumb drives last. He said that they last a long long time, and it was better than the hard drive that I was also looking at the same time, since the hard drive has movable parts, and the thumb drive does not.

So, in the end, I bought a thumb drive. It can contain 2 gigabytes of data, to which after five semesters, I am only using one-fourth of it. For 32 dollars, I got myself a good storage space.

Funny because two years ago, when I first bought my first USB drive, it cost me 45 dollars, and that was just a 512 MB thumb drive. This one contains 2 GB and yet it is cheaper now. Things do evolve.

Speaking of evolution, my blog has underwent an evolution as well. I got tired of the rotating birds and the orange theme. So I replaced it with this black and grey and white theme. I like this one, given my interests. Besides, the old theme was a very right-up-your-nose hint as to where I am planning to go next summer. So I'll settle for this one for the coming semester. 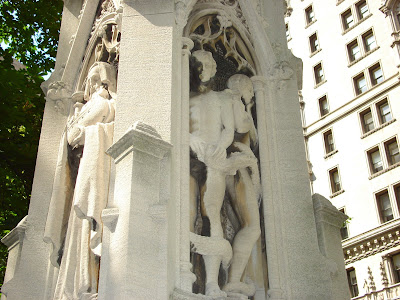