Yesterday was a fascinating day. There was a storm coming from the Midwest and dumped quite some inches of snow on us yesterday. I woke up at around 7:00 AM and saw the white surroundings. Good thing I had the idea to buy a snow shovel the night before, since I didn't have one.

So, upon waking up, I put the shovel to good use. I haven't shoveled snow before, and I guess yesterday was a good day to try. I donned my sweater and a pair of gloves, and went outside. It wasn't that cold, shoveling early in the morning. It was already after 7:00 and the sky was still dark. I cleared the driveway of snow, displacing them to the yard of the neighbor (they don't mind, they melt anyways) or in my backyard. I also created a path going to the street, and I also shoveled my part of the sidewalk.

All in all it took me thirty minutes for the whole task.

I guess it would be fun doing that for a quarter of a year. I mean, rather than raking leaves and burning them in the backyard for the whole year, like I once did in Manila, some variation in house-keeping task, like shoveling snow, wouldn't hurt. It gives me a thirty-minute workout too. Because after I did the task, I was sweating, so I came back in and fixed myself breakfast.

I also remember having a weird dream that night.

It had something to do with me in an airport. I think I was on the Arrivals Hall of an airport, because I was picking someone up, or maybe not, I just am not sure. But the sure thing was that I wanted to see the arriving planes. But the weird thing is that the airport had no runway. Instead, there is this body of water where the planes land. So this body of water was in front of the airport building, not inside it. I believe this was somewhere in Canada, because the officer who said something to me because I was jay-walking spoke to me in French and in English, when he realized I couldn't understand French.

So fine, I crossed the street properly, after telling the officer that I wouldn't do it again. Then there it was, the viewing platform. I climbed it, and I see airplanes gliding on the water, landing. Then the passengers would disembark by hydrofoils and they would be brought to the terminal building. It was a weird set-up.

But, the weirder thing was what happened next. A Boeing 737, with a blue livery, was in landing position, when suddenly, it turned vertical and plopped into the water, crashing down. I think it was a Caribbean Airlines but I am not sure. I think I saw the livery that consists of steel drums, but it happened too fast. And what was horrendous was that the aircraft's inertia was so strong that I could see that the crashing and burning piece of metal was on its way to where I was standing, the viewing platform. I immediately jumped off the platform and dived underwater, thus, I looked up underwater and saw the burning metal crash against the viewing platform and destroy it to pieces.

I don't know why I have these dreams, but this is the second time I had a dream that consisted of airplanes crashing.

Anyway, that was that. Today, I went to school and crunched numbers for my research. I am doing a two-way chi square test on my numbers, in order to see whether the differences that I am getting are statistically significant or not. Hopefully, I finish this within the week, in time for the deadline of abstract submissions that I am working on.

Regarding the abstract submission, I talked to my adviser about this. The plan is that we are co-authoring a paper on this topic. I asked him whether I could be the first author for this one. And he told me that I will be the first author anyways. I just didn't know how he feels about being first or second author. So for this one, it will be me.

Sometimes, authoring an academic paper can be tricky. For example, if there are two people, then both names will be shown, say, Smith and Jones (2007). This is ok if both people had an equal load in the work, and both names are seen. But, if there is an additional name, making it three people, then it becomes Smith et al (2007), and the latter two names are shrouded in a Latin label that wouldn't be seen by other people unless they have seen the paper itself. Thus, when people quote it, they would say According to "Smith et al (2007)"... and thus putting Smith in the spotlight and covering the other two authors. This would then create the illusion that Smith was the most important figure in the work.

Anyways, I have come to realize that in this career, one has to worry about that as well. Someone told me of the existence of the citation index, which is a number indicating how much one is cited. Thus, the more times one is cited, theoretically, the better, but not always, since you can be cited in order for another person to shot you down. 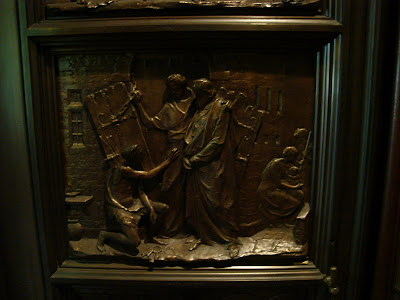