It is a good thing that semesters have an end. I ended mine today.

I finally finished the Field Methods paper I was writing. It was 27 pages long, and it had some pretty good stuff. So I went over to the Library and printed it, and then went upstairs and found my professor in his office, and turned it in.

So, I can finally take that database of a CD-RW that I am keeping, and burn the folders for this semester in there.

The bizarre thing is, pretty soon I have to start a new folder for next semester. I actually am creating one tomorrow because I will be starting on the preparation of my class for Spring 2008. I will be devising my syllabus and start uploading the files that the students will be needing on to the online server so that they can download it by the time the semester begins.

So, even if this is the terminus of a semester, there really is no endpoint, because unlike a railway station, where there can be an end, time is cyclical; what goes up goes down, and starts over again.

Now I was being a bit Buddhist when I said that. Not that I believe in it. But I like the analogy.

I also watched the latest episode of The Amazing Race this afternoon. I hated the fact that Azaria and Hendekea got eliminated. I was rooting for them, given the fact that I see myself in their personalities. I don't see myself as a Goth (not anymore, a couple of years ago, probably, but not now), nor as Hippies. I favored them because they were two engineers with great brain power. The thing that killed them was the fact that they overlooked the fact that they reserved seats in business class, and that was a violation of the rules, so they fixed it, but it was already too late.

But the other things that annoyed me in the show were still there. Like showing wrong planes! Thai Airways does not fly to Vilnius, Lithuania! And Delta Air Lines stopped flying their McDonnell Douglas MD-11 back in 2004! And Singapore Airlines and Emirates Airlines do not fly to Dubrovnik! They just use the wrong stock footage of airport and airplane segments!

Anyways, the episode yesterday took the teams to Dubrovnik, Croatia. The city seemed very lovely, with old towns and stone forts everywhere, facing the sea. I would love to be there, and sit at the top of the cliff, overlooking the sunset, of course, with my camera.

Of course, this somehow fueled the travel agent within me again, when I went online and checked how the fares were and what an ideal two-week itinerary of Croatia would be. But then, that would be for another adventure. I don't think I would be touring in Europe for the time being. I have had enough of it, so far, and there are big land masses that I haven't even touched, such as Africa. Although, spending a couple of weeks in the Baltic states isn't a bad idea.

I have a fluid schedule of the upcoming trips that I would take. Assuming that I have a steady income like what I have right now, I would love to visit the three Baltic states of Estonia, Latvia, and Lithuania, possibly in the summer of 2010. I would take a flight from New York City to Tallinn, and from there, work my way by taking the bus to Tartu. Then I will cross the border to Latvia and arrive in Riga. I can then do a day trip to Jūrmala and experience the spas near the Gulf of Riga. Then, I will then ride the bus to Šiauliai and visit the Hill of Crosses. Finally, the bus will take me to Vilnius, which has an exquisite old town like Riga and Tallinn. Then I fly back to New York City.

But, that is simply a plan. I'll shelve that at the back of my head for the moment. In the meantime, I better sign off since I have a stack of clothing that I need to iron. 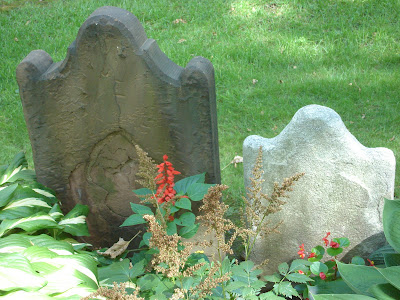 (Life emerging from death, from my Trinity Church Series)