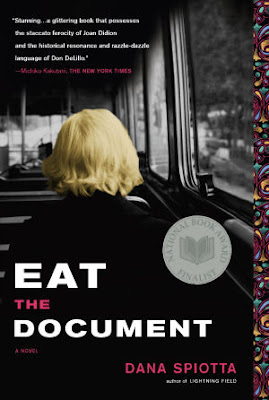 What can be a better Friday night than yesterday?

Yesterday, two of my friends gave talks in the department colloquium. This is a required task for all Ph.D. candidates, something which I performed two weeks ago. There are six of us that are supposed to do it this year, and yesterday's talks were the fourth and fifth of those talks, respectively.

So, two weeks ago, after I finished my talks and we were talking to each other in the office, we made a bet. We were teasing our friend saying that he didn't go to Patagonia to do fieldwork on the languages of the immigrants from Wales. We were saying that he went whale-watching instead of Wales-watching. So we made a bet that we each would give him 5 dollars if the first slide of his talk had a title along the lines of "Whale-Watching in Patagonia" and a picture of a whale, instead of his research.

Well, I thought that he wouldn't do it, but in fact, that's what he did yesterday!

It was so funny, and I was ready to give him his 5 dollars due, but we won't accept it, unfortunately. If he did, then he would have gotten 30 dollars all in all from us.

Anyway, so, to cap up the week, we all went to the Falafel Bar. This is a Middle Eastern restaurant that is five minutes from campus. It was a great evening, and I dined on three different types of hummus, and I had a shawarma platter for a main. The servings were huge, so I requested a box and it was my lunch for today.

After the dining festivities, three of us (including me) proceeded to the liquor store to buy some alcohol, but it seemed that the liquor store we went into was only selling hard drinks and wine. Not really Friday-night stuff. So we went to a supermarket and bought some cases of Polish, Mexican, and local Upstate New York beer.

Then, we went to the house of three of my friends. Game night was the plan. With a large group of 10 people, this is going to be fun. First game was Taboo, and it was just hilarious seeing other people with their funny sides, those sides I don't see in campus, when they are all serious and playing the student role. It was like seeing my friends when they were 5 years old. After Taboo was Balderdash, and finally, Pictionary. It was fun.

But, upon the strike of midnight, it was time to call it a night. So everyone headed off, and we were all happy.

I wonder whether I would remember these moments a few years later, when we all are finally specialists in what we do and are publishing papers constantly. I know it would bring back laughs and other good memories.

On a separate note, I finished the novel I was reading last night. It was more of a philosophical book, questioning the European "enlightenment" instead of a travel book. World Elsewhere was about an aristocrat in Paris, who joined the first French expedition to the South Pacific. In Tahiti, he finds love, and humans in the "state of nature". He then questions whether the "civilized state" that Europeans are claiming to be in existence in their society is actually the better state or not. It was a good read. So, I returned that book to the library this afternoon and started reading another one of those that are in the line-up. This time, I picked Eat the Document by Dana Spiotta. This is about fugitives, but so far, that I what I know. 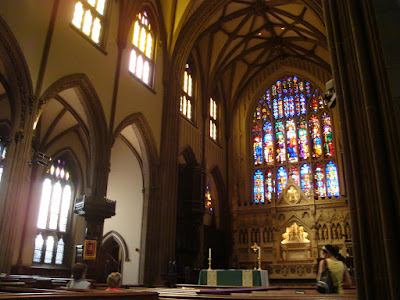 (The view to the altar, from my Trinity Church Series)