Today was the last day of classes. And that was a good feeling.

I didn't have any class today, but I still had to go to school for a couple of reasons. First, I needed to give a finals exam to my students. Second, I also needed to revise an abstract that me and my adviser are co-authoring together for a conference.

So, I came around 10:00 AM. I just attended to my e-mails, and mass-printed the finals exam for the class that I will be giving it to. Nothing special. Then, I had office hours for the next hour. I had about 5 students come in, asking for help for the homework. They did well after that, thanking me for the help I gave them for the whole semester.

Then, lunch. I treated myself by not bringing lunch. Instead, I just bought lunch downstairs at the cafe in the second floor.

Then, the exam. I went together with the professor (who happens to be my adviser) to the class and gave the exam. I thus have two piles of student's work to grade: their last homework, which they turned in today, and the final exam. I can finish that by Tuesday next week.

I also called my Persian hairstylist and set an appointment for tomorrow. She is leaving for Shiraz next week for the holidays, and I need a haircut before she leaves, so I am getting one tomorrow. I don't want to look like my roommate, who uses a rubber band to tie his hair already or else it will clout over his eyes. He hasn't had a haircut since he came to the United States four months ago.

Then, after the exam, I consulted with my adviser on the abstract, whose first draft I wrote last night. He suggested something else to add, and so I added them and forwarded it to him to revise. We are a little bit over the word-count limit, so we need to trim it down. That's his job. The deadline is this Sunday, so we have ample time.

I still need to finish a paper I am writing for my Field Methods class. But I will do that next week, when I am done with everything else. That would be easy. I already have the idea in my head, all I need is to write it down.

I am still meeting with some people next week, because I am their informant for their projects, and for various other reasons as well, but most of the time, I am free. I am glad this semester is over. It's been a fun semester.

While I was getting coffee this afternoon, I ran across someone, a girl, which shall we say, is very vocal with her beliefs. She is a friend of mine, but then I asked whether she changed her hair. She replied that she didn't. Then I told her that she must have just not tied it. She said that it is indeed the case.

She then said that she doesn't like it, and she believes that men who rape women should be castrated.

I then told her that that is the thing that I don't get with women. If you compliment them, then they try to read a different reading in your statement, when in actuality there is none.

So I told her that in that case I should just say nothing. I also told her that that on the other hand also gets men in trouble, because women complain that men don't care about anything. But if we start to care, then they read something else.

Women are just hard to spell.

She told me that that is indeed the case. But, before I left, I told her that if I were to apply her logic of castrating males who rape women, then I told her that if she doesn't want men to compliment her hair, then she should just go bald.

After all, logic goes both ways, doesn't it? 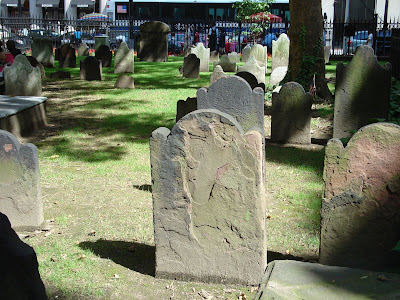