Courtesy of Zhu, I was tagged with this meme, in which I tell about the seven things about me, that, hopefully, other people don't know yet. And with regard to this seven things, they should be random or weird things about myself.

So, I will be doing this and at the same time attempting not to duplicate what I have on my 100-Something Facts list.

So, here are the 7 things about me. I am not tagging anyone with this; I simply invite all my readers who blog to do this if they want. If you decide to do it, let me know, so I can read your results.

So, yesterday's entry started with 8, today's started with 7, I think I am seeing a pattern. Oh I forgot, my name isn't John Nash... 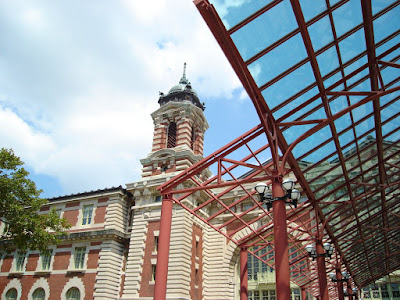 (Entering the building, from my Ellis Island Series)