Yesterday I made Real Texas Chili. It was claimed that was the original recipe that was used by the Texan cowboys. It had no beans nor chunks of tomato in it. Instead, it only had ground beef, breakfast sausage (broken apart), a large minced onion, garlic cloves, spices, and flour. It was insanely good. And it had an insane amount of chili powder, 6 tablespoons in all!

So I ate a bowl of it yesterday, and I kept chasing it with water, and still, I was sweating after I finished it. Good stuff.

And in conjunction to my cooking, I had a chat with my roommate about that. He said that he wanted variety, and since he had some limited tastes, coupled with the fact that he doesn't know how to cook much, so his choices aren't a lot.

I told him that he should learn how to cook, and I am actually willing to teach him. But then he said that he doesn't know whether he could eat what I was cooking.

He implied that I was cooking weird stuff.

Well, that's just because I have an open mind, and I have been to places where there are different styles of cooking.

I love trying different stuff. When in Prague, we went to an Afghan restaurant, and that was an interesting experience. We also went to a Colombian restaurant a few times, and that was amazing too. Here in Buffalo, my favorite eating spots are a Thai restaurant which serves the best Pad Thai that I have ever tasted, and a Middle Eastern restaurant that serves great falafel. In Ecuador, I ate so much corn when sampling their traditional fare that I think I have had ample supply of corn for the rest of the year. I actually regret that I hadn't had the chance to try cuy (roasted guinea pig) when I was in Ecuador. Hopefully, I can find some in the near future! And I was telling my Israeli friend that the two of us should have dinner sometime in the Armenian quarter in Jerusalem if I find myself there in the future.

Anyway, back to cooking. I guess, due to biological and physiological reasons, brown is the most common color one finds in a pot. That's just because meat, when heated, turns brown, from pink. And come to think of it, most Filipino dishes are brown. I could only think of few that aren't. One is Pospas, which is chicken and rice gruel, which is yellow due to the intense amount of ginger that is used. Another is Dinuguan, which is black, because its main ingredient is pig's blood.

I wonder what the most unnatural color is for food? Blue maybe? Do you think you would want to try Blue Chicken, if ever there was one? 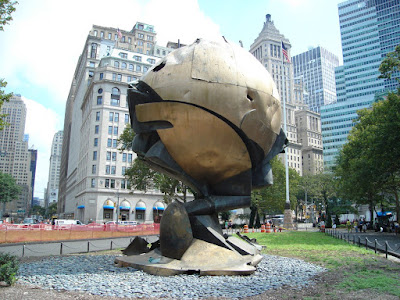